Tea with village historians at 208 Democracy Street
I was pondering my interest in history, realising that I'm drawn to the fascination of events close in time and place and their connection to the larger flow; our local park that gave identity to the new Birmingham suburb of Handsworth at the end of the 19th century; Black Patch Park which, with friends, we've sought to save from being built over, helped by descendants of the Gypsies once displaced to make it; the life of a family friend, long dead, who fought at sea and taught me to sail a small boat in the ocean.
Our local church, whose tower I can see above the canopy of trees between us, holds the remains of the founders of the industrial revolution; my stepfather who so influenced my childhood and thus my life; my mum and dad who fell in love amid war - and made me in the Savoy; my grandpa Henry, who with help from Paul Savage, I'm learning things I hardly suspected; my dad and his Greek wife Maria who married in Panaghia Kapnikarea - Παναγίας Καπνικαρέας - in busy Hermou Street in central Athens in 1949 and gave me Greek half-sisters and half-brother and my proud connection to beloved Ελλάδα; my great great grandfather brilliant author of Ancient Law who analysed the frailties of popular government and wrote 'except the blind forces of nature, nothing moves in this world that is not Greek in origin'. Especially, and more recently, I've tried to learn about the Greek Civil War - ο Eμφύλιος - the source of national trauma worse in its ravaging of the national psyche than Nazi Occupation - Η Κατοχή - leaving tensions still unresolved; histories almost impossible to write. And only lately have I learned - see Richard Pine's discussion of it last November - about Pantelis Voulgaris' 2009 film Soul Deep - Ψυχή Βαθιά - about the Greek Civil, just as I was reading the book and seeing the film of Ashes and Diamonds based in Poland in May 1945, and regretting not seeing something similar about the human side of those historical events in Greece! Voulgaris' film shows the last stage of the war on the slopes of Grammos from the perspectives of brothers on different sides. Richard from near Kassiopi writes:


...in the village where I live today, the events of 60 years ago are still fresh. One man is totally ostracised because he gave the authorities the names of three young communists who were then “disappeared”. Every year, the Greek communist party (KKE) organises a pilgrimage of remembrance to the Lazareto islet in Corfu bay, where most of the executions of prisoners took place. 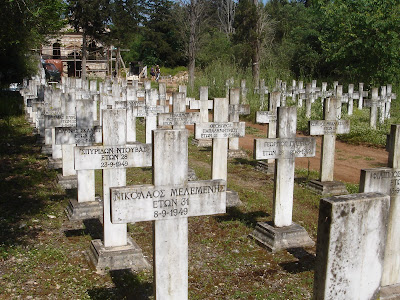 'Execution Island' where we sailed to have a picnic with friends
Encouraged by the scholar and journalist Richard Pine at the Durrell School, met in 2009, I have been learning more about the British Protectorate of the Ionian Islands. He invited me to give a talk last February about what I'd learned about that period in Corfu's and the other Ionian islands' history. My study of the Septinsular had begun a little earlier when Ano Korakiana's historian, Kostas Apergis, and the authors of the village website, Thanassis and Katya Spingos - neighbours - had asked if we could dig out 'a letter' that they had so far been unable to find in Greek archives. I've failed to find this 'letter' in the British Library, the National Archives or the Institute for Historical Research, but on my 'voyage' I've made many visits and learned much from lettered men - and women, especially Eleni Calligas.

Less wind; more animals and insects about yesterday. A hatch of Scots Argus - ranged above every patch of grass, clustering on tansy ragwort. The air was full of insects revealed then hidden again as the sun went in and out. No midges though. Over a plantation of deciduous saplings east from Brin Croft three buzzards circled mewing, a red deer hind grazing shoots, flushed by the terriers, leapt the low fence I was skirting and disappeared into the dark of the larch enclosure. I came across fresh Chanterelle, picked and fried them in butter with salt and pepper to share with mum as hors d'œuvres in the evening 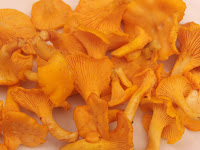 Descending into the alder edges of the Farnack still strewn with the remains of winter spate I saw the feeding pens I'd passed in the depth of winter - haven for sheep huddled against the wind. Here were foxgloves, harebells, Anne's lace, vetch, flowerless buttercup, rich grass and sedge and a path that gave like a sprung floor through which I'd last waded thigh deep in snow.
Having tea in the conservatory, chatting with my mother. The maiden heifers in the field below us began bulling and there appeared a white Charolais bull. A burst of crackling momentarily deafening sound disturbed this conversation as the big silhouette of a low flying Tornado out of Lossiemouth disappeared trailing sound. 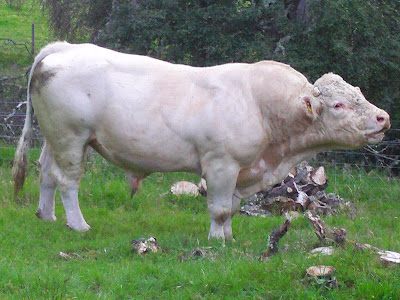 I spend my time in a sort of daze, doing occasional errands for mum when she can't help herself and Sharon's not around. The atmosphere, perhaps the altitude, has always made me slightly sleepy when I'm not being walking. There's occasional work - planning events her; the seminar in Wellington in November; more in Australia with John, who, in passing, has put me in touch with Andy Asquith, at Massey, who's sent me papers to read and the promise of further briefing on local government in New Zealand.
I'm moving over to the log cabin for a few days while my step-niece and her husband with their small children visit for the Moy Fair on Friday and Saturday. Lin and I talk on the phone and to our delight Paul P and his family will take a repair-lease on Rock Cottage ending an episode of neglect for that cherished place in the Forest of Dean, since we've switched our attention to Greece. 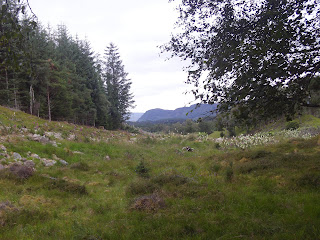 Brin Rock
* * * I found these images of Ano Korakiana posted last August with the suggestion that the village is 'deserted in winter' - Τωρα δυστυχως το χωριο εχει ερημωνει τον χειμωνα...I wouldn't have thought that a fair description this winter when there was Vassilopita in January and Carnival in February along with other events over Christmas

From the Ano Korakiana website there's news of progress on the long neglected football pitch (in the background of this linked image) below the village and progress on plans for investment in instruments and uniforms for the village Philharmonia band. A meeting took place in late July with representatives of PAOK, local politicians and officials of the Prefecture to review an investment of €420,000 - to be shared between the Prefecture and the Municipality. Have they effectively won the bid then? Could this partnership be at risk with plans to dissolve the current municipality under Athens's Kallicratis local government restructuring supposed to be in place by November? On the other bid for the supply of organs and sewing uniforms for the Corfu Philharmonic including Ano Korakiana's band, 'things get slightly complicated'. It's OK for instruments 'but when it comes to uniforms and helmets' bidding will have to be repeated.