Our son Richard; his recent work, on his blog and on Facebook - especially his sequence on The Imminent Threat of Islamic Extremism in Everyday Life ....


and Them...#1, English Defence League Rally, Centenary Square, Birmingham "What must ‘they’ be thinking?"


and The Incomprehensibility of Tragedy...'The day before we arrived, a tragedy befell the town of Soma. No person spoke of it to us.' 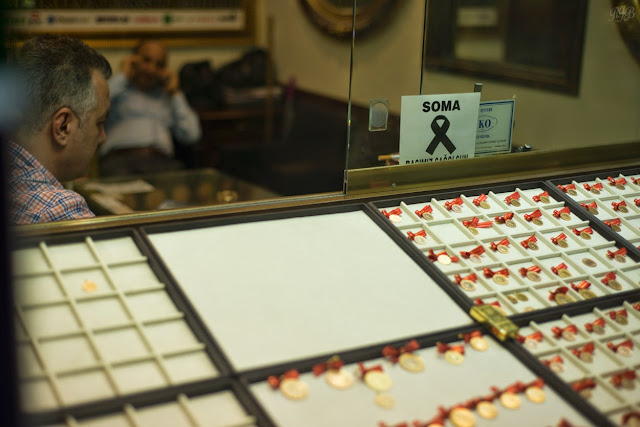 ...and this of dear Emma...Eat, Drink, Repeat...which if I were her would vex me. or did she pose for these? 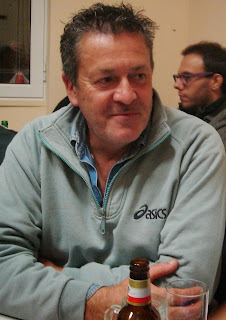 Hi Simon and Lin. Started work on balcony today. Have removed all old decking...what you see on the photos is free standing so i can move about up there, the old decking is now stacked down at the bottom of the garden and will be covered the next day or two before the rain
The wood order arrived and is now safely inside the house and apothiki , or should we call it your other house in the village .
Screws and brackets came too , only thing is the brackets are no good for the job as they are the same as the old ones which means they are too deep so when the wood sits on the base of bracket the decking will not touch the top side of wood.
I am not about to start cutting brackets down or cutting bits of wood to fit in to make them sit higher so I will take them back avrio and find the correct type .
As you can see from one of the pics some of the beams are pretty badly rotten on the top side ,hopefully they will be ok once treated and then turned 180. 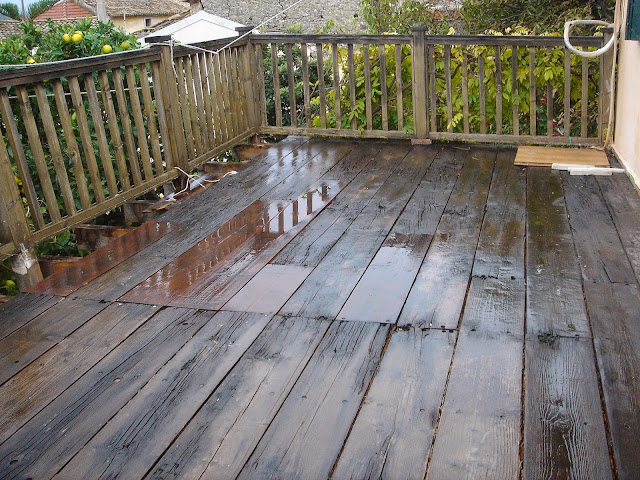 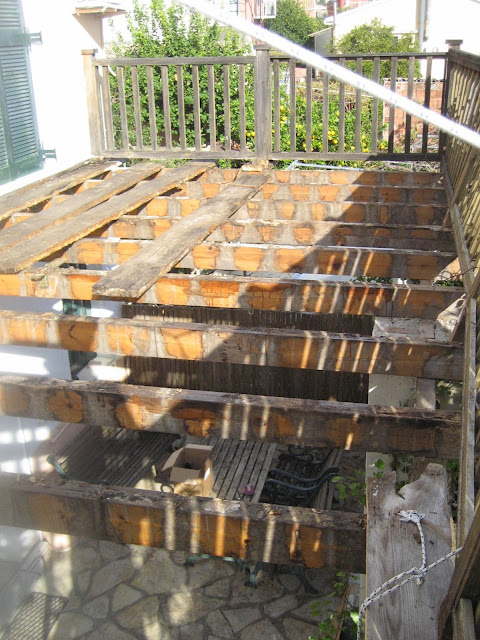 The only other thing is we never allowed for an extra piece of 7x7 cm wood so as we could cut it into short sections and put it on the outer edge beam to bring the 7x7 cm up to decking level, so I either get another length or 2 depending on how much I need or I use the 2 outer end pieces once replaced with new ones and have them cut down to 7x7 cm from 14.5x7 length ways and obviously use the good side of them (bottom edge) to do that part of the job...regardless of what I use they will have to be held in place by screws of sorts along the outside beam bringing the 7x7 up to height. Hope you both got home safe and sound. Best wishes. Mark
*** *** ***
I've swept up and bagged a goodly load of fallen leaves from the front of the house; even managed to mow the wet grass of the front lawn - compost for the allotment. The back lawn needs a haircut as much as I, for all that it'd pass as a paddock until Spring and a friend advised me to leave the grass long for winter nutrients, weed suppressant and resistance to frost and snow... 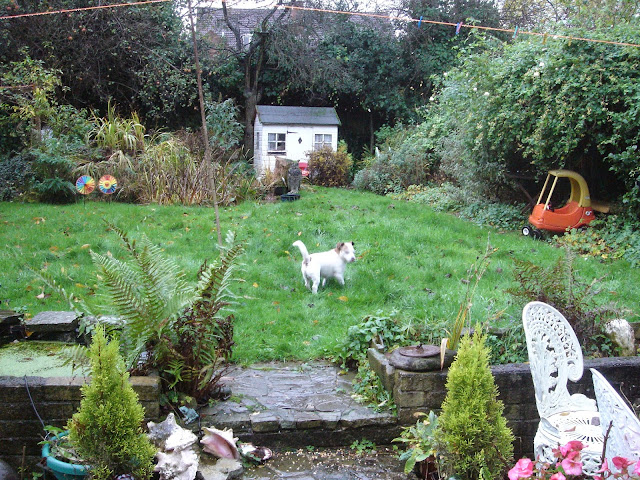 I've had the HHH van out collecting a load of hefty beech logs from the railways embankments of Handsworth, donated by a Network Rail maintenance team to Handsworth Park and stored in the compound...I suspect these logs are the product of a UK wide strategy to fell trees alongside railways...


A government-commissioned report on the resilience of the UK’s transport network to extreme weather events recommends that Network Rail develop a 10-year strategy to ‘significantly reduce the number of trees alongside railway lines, particularly those posing a risk to the railway and its users’. 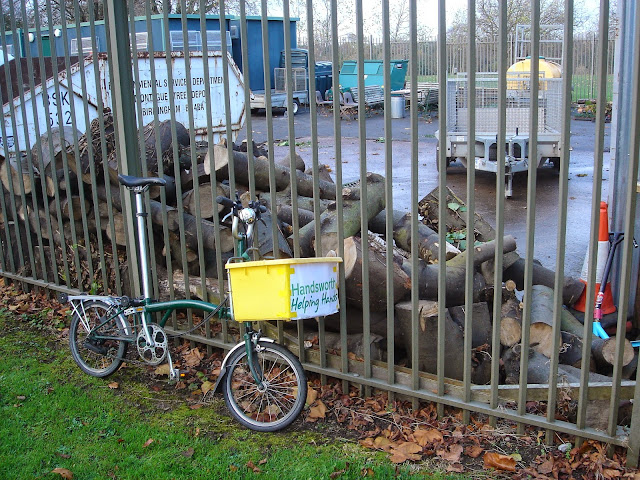 Yesterday, with help from Winnie, and the receiving householder and her neighbours - Rifat, Hussain, Alvin - who'd earmarked this supply as fuel for a new wood-burner, we loaded and moved five van loads of logs to Thornhill Road; the supply added to by another pile of Network Rail logs up a cul-de-sac backing onto the cutting off Soho Road - a couple of hours work and a donation of £20 to HHH along with a box of chocolates for me and our committee who meet tonight to discuss future work. 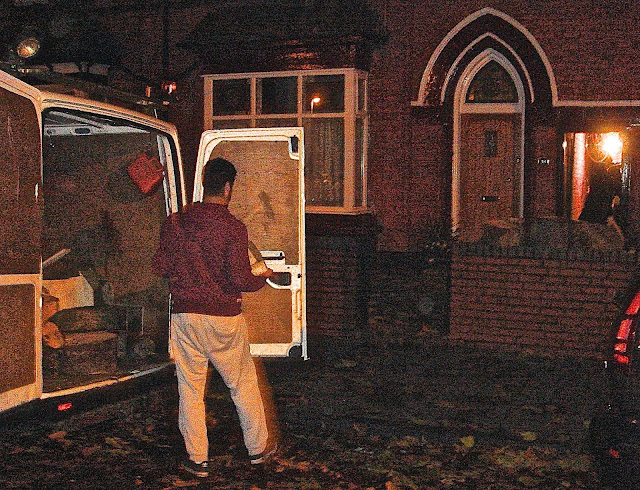 
Town that finds right balance between tourism and quality of living

A homebound Irish couple accosted me recently at Corfu airport.
“We came here because of what you wrote in The Irish Times . . . ”
I waited in trepidation. “We loved it!”
They are seasoned travellers. They found Corfu beautiful and affordable. It’s a relief to know that one can extol the beauty of a place and still tell the truth. Mission accomplished.
I’ve been travelling recently and I can now say that, whatever the charms of Corfu, those of Nafplion, in the southern Peloponnese, are their equal.
When I first visited Nafplion 50 years ago, it was merely a small town living on its reputation as the site of the first parliament of independent Greece up to 1834, when the government moved to Athens.
Nafplion is dominated by a Venetian castle, reached by 999 very steep steps, up which, at the vigorous age of 15, I ran in pursuit of a girl who could run faster than me. This time, pleading old age and lack of inducement, I stayed on the ground level.
Today Nafplion has expanded into “Nafplion New Town”, a series of suburbs. This is a welcome feature of many Greek towns of historical importance, such as Mycenae, Tiryns, Epidauros and Argos: the tourists are serviced on the prehistoric site while you live and shop in the new town. It brings a whole new meaning to “I got it in Argos”.
Tales of two cities
For tourist purposes, separating the old cities from the new towns is a clever strategy. Suburbs are generally unexciting but affordable and – unless exceptionally well-designed – unattractive social necessity.
Athens is the prime Greek example, with miles of low-rise suburbs lining the arterial exit roads, some of them very squalid, stretching in every direction from the ancient centre. It’s quite a shock, if you know your Greek mythology, to see a motorway exit sign for ‘Eleusis’. One might wonder what 21st-century mysteries it can offer, until you learn that it is home to Greece’s largest oil refinery.
Corfu has its quality shops, especially the jewellery for which it’s famous. But in Nafplion’s stylish streetscape the shops aimed at tourists display none of the tawdry, made-in-China tat that clogs up the narrow laneways of Corfu.
With so many hotels, tavernas and cafes winding down at the end of the season, it’s possible to walk streets that aren’t clogged with camera-toting visitors in order to appreciate the range of local produce, proudly offered in craft shops and delicatessens. Everything is tastefully displayed, perhaps so much so that it runs the danger of becoming twee. In the old town, there’s not a supermarket in sight. But in the “new town” on its outskirts, Cash & Carry rules.
Nafplion is still the centre of the manufacture of komboloi, the traditional Greek “worry beads” that resemble a rosary but are, in fact, an antidote to anxiety. Preferably (and expensively) made of amber, komboloi can also be had in coral, ivory, mother-of-pearl and (the cheapest) synthetic beads. Even if you don’t think you need them, the warmth of the amber in the palm of the hand is reassuring.
Nafplion is perhaps fortunate in that, unlike Corfu, it can’t accommodate cruise ships. The inmates of these behemoths normally spend next to nothing as they linger until departure time six or eight hours later. They are of almost zero economic value to their host towns, but they help spread the word: many travellers will return to savour at a more leisurely pace the beauty they have seen so briefly.
Greece, like any other country trying to expand its tourist potential, is torn between the needs of visitors and the needs of the local population. And, like any country with a rapidly expanding urban lifestyle, it is torn between modernisation and the preservation of the traditional and authentic.
In the past weeks we’ve seen ministerial announcements about this year’s record-breaking tourist influx (18 million, up 10 per cent on 2013) and about intentions to develop niche markets, especially cultural tourism. We hear this every year, but with the need to put Athens itself back on the tourist map after the disturbances of the past four years, it’s welcome.
Nafplion could give the National Tourism Organisation some valuable pointers: it has a very fine local history museum (one of the best I’ve ever seen) established by the Peloponnese Folklore Foundation. Local pride exudes from this and similar institutions (including an annexe of the National Gallery), not least because the Peloponnese was the principal site of the war of independence, which was nasty, brutish and long (1821 to 30). As a result, it has a significance for the rest of Greece, which Nafplion tastefully exploits.
Returning there after so long was a pleasant revelation.

I have just seen the most striking old poster for Corfu, posted it on Facebook. lots of 'likes' 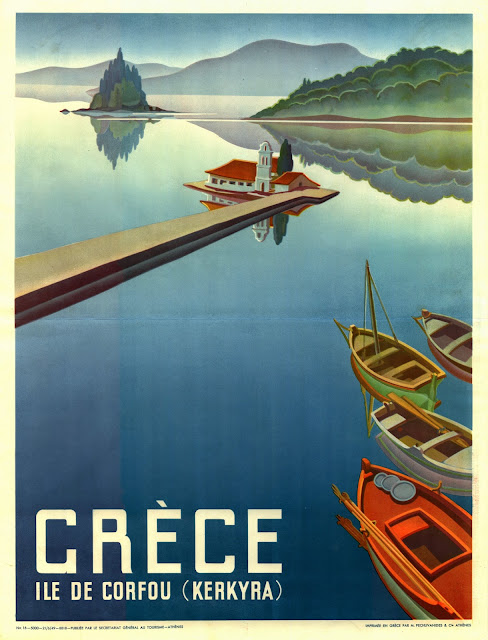 This spot is right at the end of the airport runway; not quite as idyllically peaceful as the poster suggests, but I took a photo of Liz, and her daughter Sophia, in the shallow sea next to the taverna where we were having a happy lunch a few weeks ago. Well quite happy, but that the owner's wife was in a foul mood, looking the other way as we ordered.... 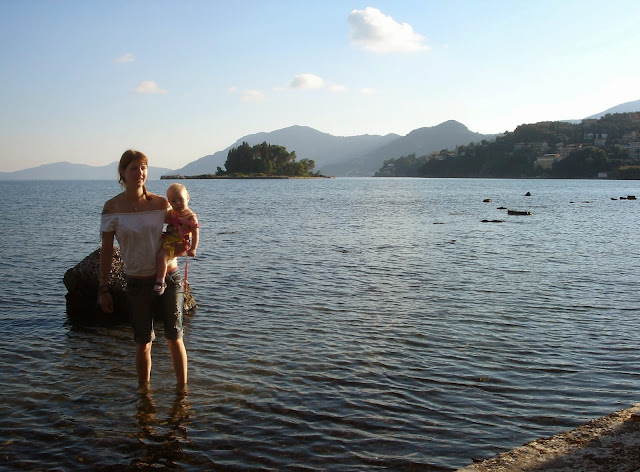 ...I popped into the restaurant and very deferentially asked her husband.
"Have we done something wrong? The waitress seems irritated with us"
I had in mind our casual re-arrangement of two shoreside tables so we could sit together
"Oh. No no no. She is my wife. Let me tell you. She is pregnant. It's very uncomfortable at the moment for her"
I apologised profusely, John Cleese style...
Later Amy politely asked our waitress, since her situation was obvious and I felt an idiot, when she was expecting. She beamed like the sun coming out
"In February. A girl"