I'm back in Birmingham. We're back in England. I'm cycling through parks, along towpaths, sometimes with Oscar...a flâneur again.

...wandering around the markets, sweeping up leaves, bagging them for compost, mowing twelve weeks of grass on the lawns, checking up on the allotment where I've garlic to plant - for a start. The other night we had a meeting of the Handsworth Helping Hands Committee... 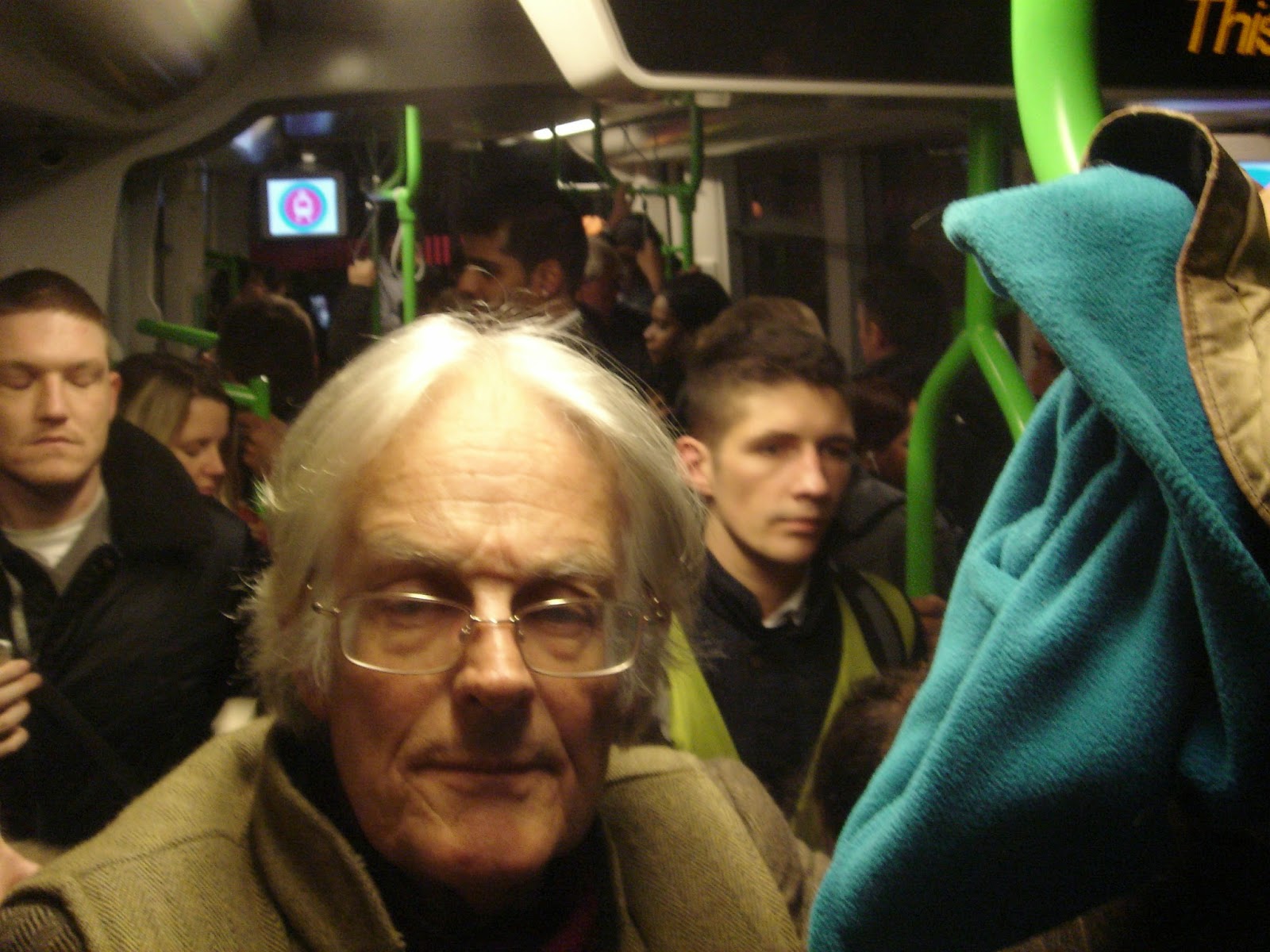 In the urban sprawl I am wholly fascinated by the experience of non-places, by placelessness part created by auto dependency part by post-industrial destruction of an area once defined by manufacture...

....but also by the mental shift that allows me to find these de-identified spaces almost a pleasure (especially when it's dreich - chilly and wet - and I'm in warm outdoor clothes, and car drivers are even happier to be in their havens) not least for the sudden juxtaposition and surprise afforded by a building or an experience that recovers somewhere from nowhere. I was trying to explain this to Richard Pine while we were having a family lunch  in Tomas' O Foros in Old Perithia - a once deserted village on an island defined by its multiplicity of places.
"Have you come across psychogeography?" I asked, knowing him perfectly capable of understanding the notion of strolling off predictable paths.
"Hrumph!" he replied, wholly of the belief that places are either a delight because unspoiled by mass tourism or desecrated ruins.

The other day I was stuck for nearly an hour near Black Lake Metro stop, expecting to be collected for a meeting of the Friends of Black Patch Park. Like so much of the Black Country at night there was little hint of place, just roads, lightless buildings and streaming lights on wet roads. 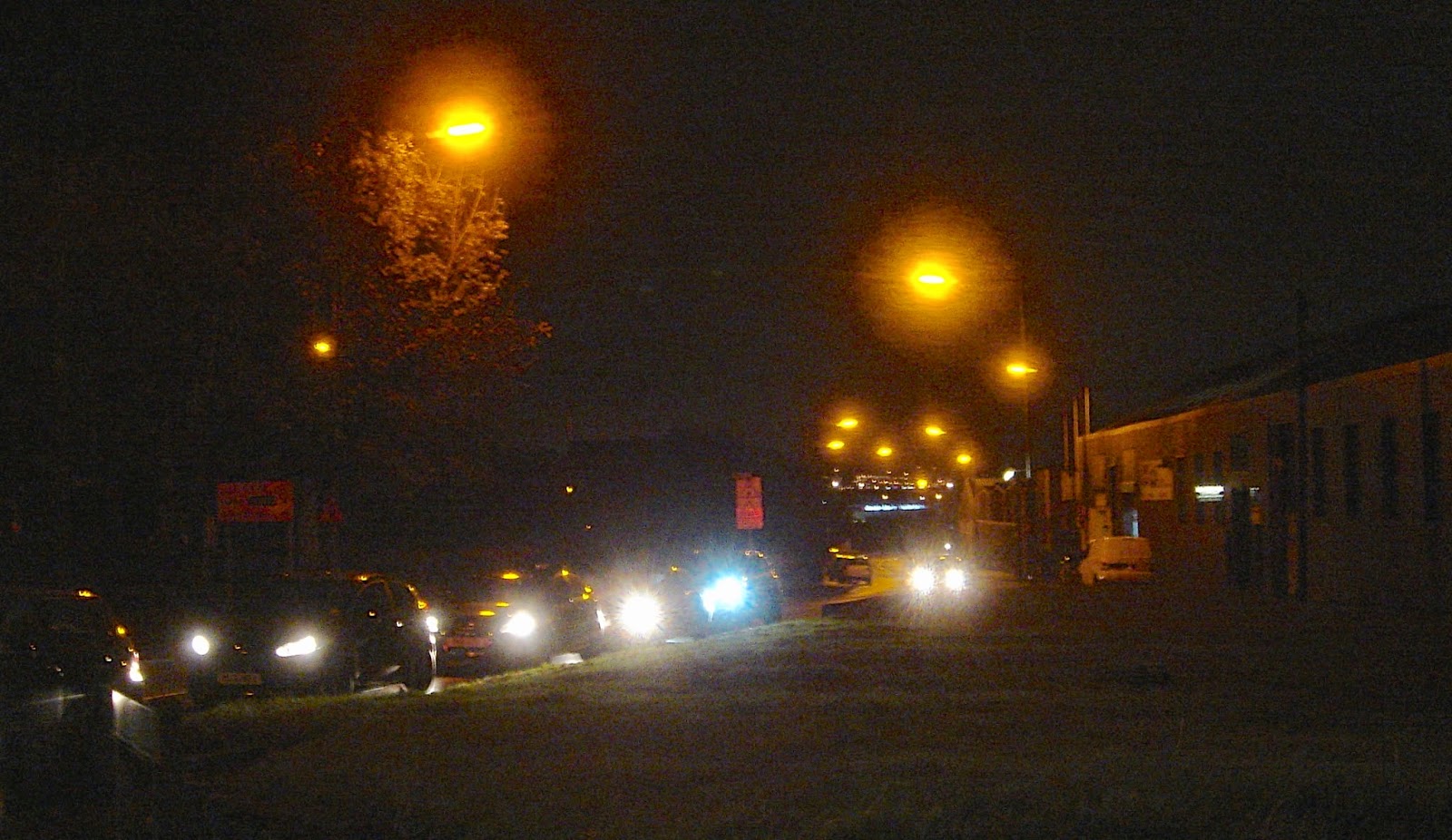 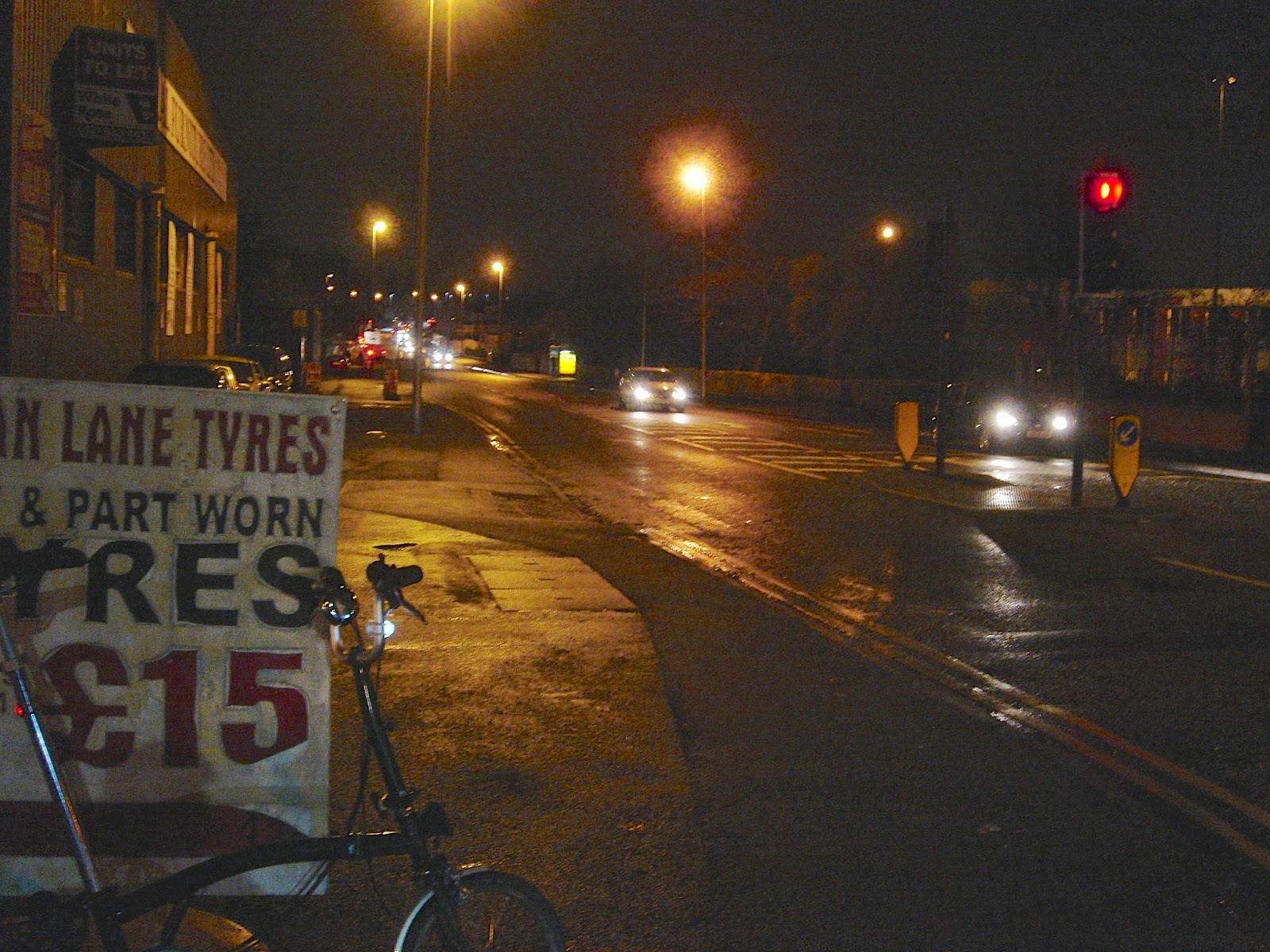 I cycled to a cross roads to look around. I glimpsed a branch of Staples in the distance. All of a sudden I came across a temple, back slightly from the road...
...a pleasing surprise. A narrow column of light came from the large front doors beyond the grey stone portal. A Hindu Temple; not an adapted church; one built to the principles  of Vastu shastra. I'd learned something of the precise complexity of these buildings when, over ten years ago, I went with some of my Japanese students to see the famous Shree Swaminarayan Mandir, the magnificent Hindu temple in Neasden, where the architecture relies on huge cut stones placed one above the other without cementing mortar.
I forgot about waiting for an appointment that wasn't kept; just headed home the way I'd come. Then 30 minutes later Harjinder collected me and drove me to where we had a wonderful shared meal at a small restaurant almost hidden in a line of shops at Great Bridge - Sanam Tandoori, Tipton. Ron. Our chair, Ron Collins, caught me up on what had been discussed at the meeting; mainly about the terms for a partnership with Sandwell Council for the renovation and stewardship of the Community Centre in Black Patch, something about which I remain sceptical, wondering if there could not be a S106A in connection with an application to build a recycling centre next to the park. It could be a way of funding a full-time manager for the centre. On his smartphone Harjinder showed me a 30 second clip from the series Peakyblinders which I've heard about, repeating the now familiar conjecture that Charlie Chaplin, brought up in south east London, was born on the Black Patch.


“He was a bookie in Birmingham, then he went to Los Angeles. He’s a Romany gypsy like Chaplin. He keeps it a secret, Chaplin was born on the Black Patch, a gypsy camp in Birmingham. That’s why he gave Wag a job, even though Wag was on the run.” Cillian Murphy as Tommy Shelby in Episode 5, Season 2 of BB2's Peaky Blinders

*** *** ***
Gave a talk (as I do now and then) about Handsworth Park the other night - to the Great Barr Local History Society in the Great Barr Memorial Hall with a plaque on the wall commemorating local men killed in the Great War. Took my folding bike on the 51 from Perry Barr bus; was early so had a tray of chips with curry sauce.... 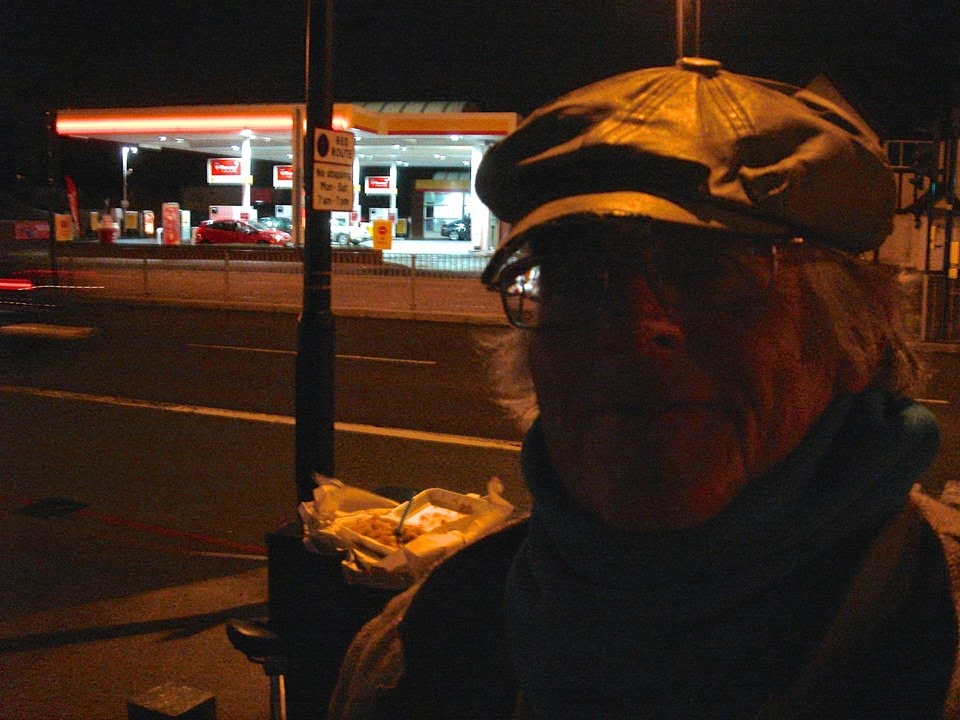 ...and enjoyed it by the dual carriageway; then gave my talk to a lovely group of people - many my age and older - full of stories and questions and welcome mugs of tea.... 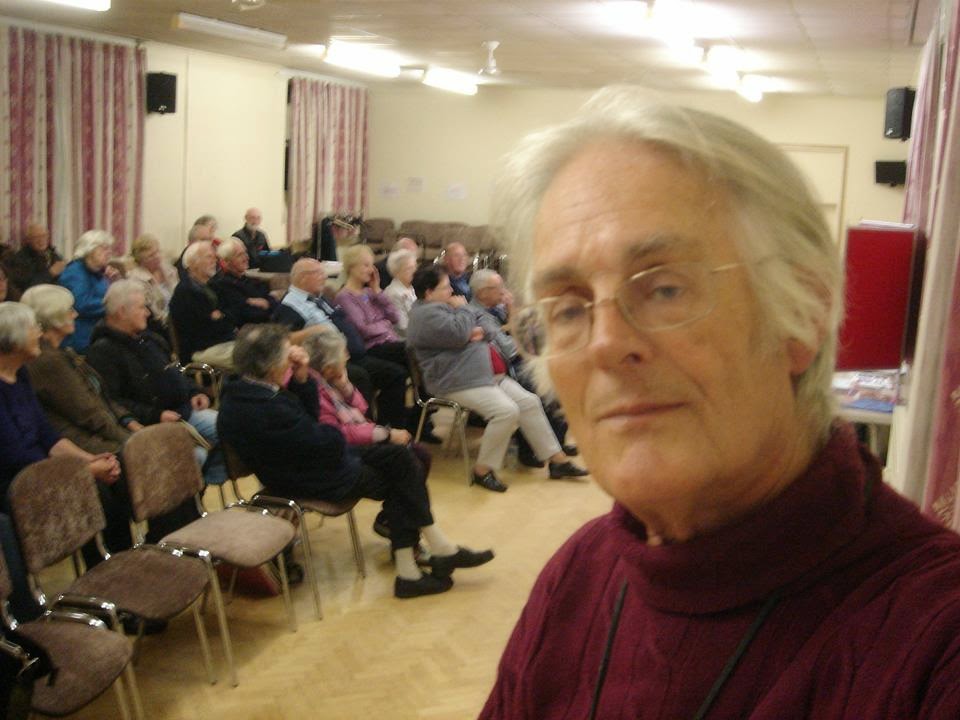 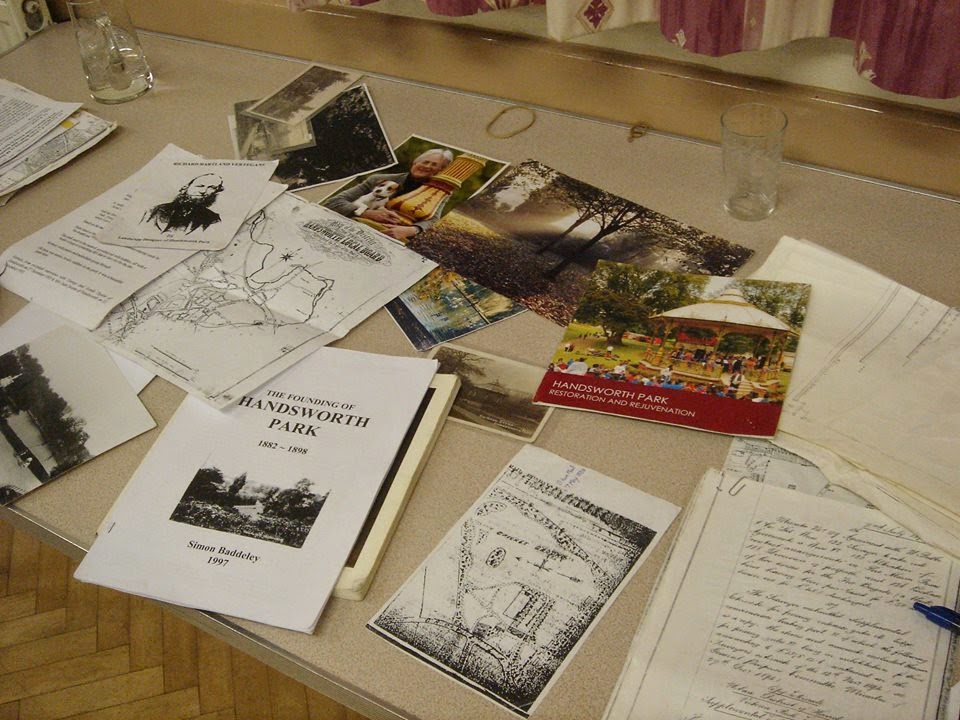 ...then, since the next bus wasn't for over 20 minutes, cycled back in the rain - mostly downhill - to Handsworth, where Lin and I had a late supper, salad, chicken legs and baked potatoes

At the Memorial Hall I was told a story. Maurice, even older than I, told me a tale his father had told him of the park pond before the Great War. There were fewer and fewer fish to be caught by the keen local anglers who fished the pond in the 1900s. A great pike was rumoured to be eating them. A reward was offered of a month's wages - £5 - to anyone who could catch and dispatch it. Many tried and failed, losing their tackle. Eventually a man called Morton, who lived off Holly Road, succeeded in landing and killing the great predator. He got the reward and spent it - plus another £3 - on taking the beast to a taxidermist. The stuffed pike, in a glass cabinet, was displayed with pride in his home. Ever after locals called him 'Pikey' Morton. He'd button-hole people and boast of his catch; how that fish came out of the pond "barking like a dog", "lips full of rusty hooks", "wrapped itself three times round me!" I wonder where Morton's pike might be now.

*** *** ***
Richard Pine who has written about the difficulty of getting Greek writing translated into English and other languages, encouraged me to read Apostles Doxiades' Uncle Petros and Goldbach's Conjecture. Given my mathematical illiteracy it's not promising but then critics similarly innumerate praise Doxiades' novel. 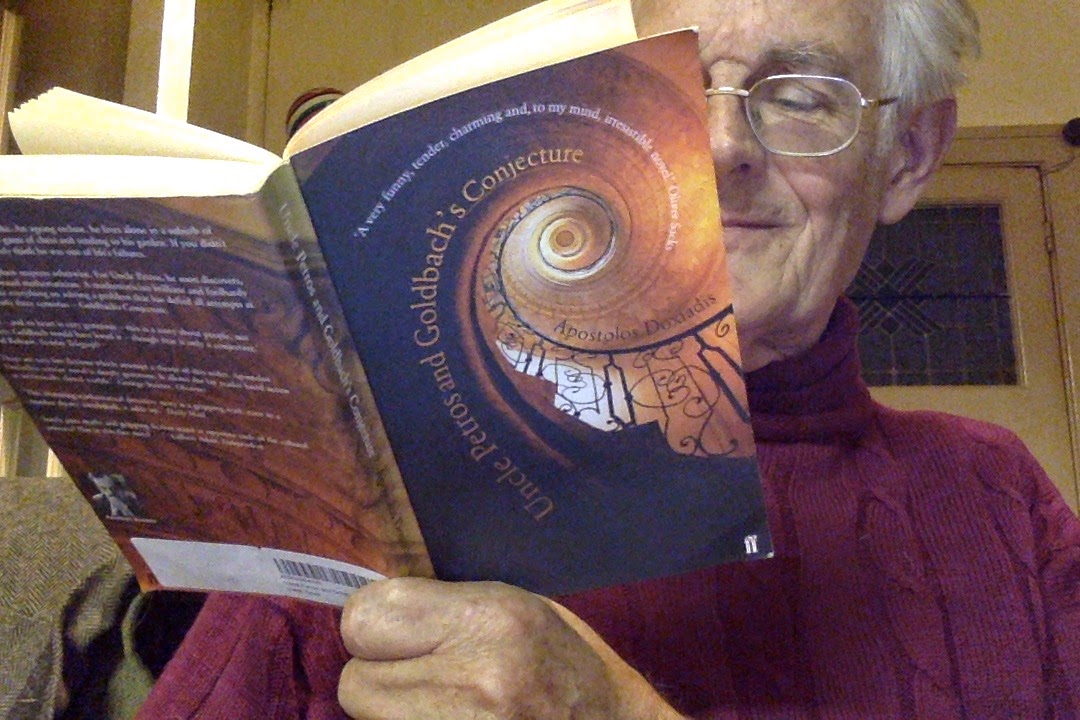 *** *** ***
As one of the 1000 elders recruited to take part in research overseen by Professor Janet Lord at the Medawar Centre for Healthy Ageing Research....

....I've agreed to take part in another small experiment...

...which gave me a chance to cycle to the Medical School along a resurfaced towpath - several miles greatly improved...


...as is the rough stony path through Perry Hall Playing Fields which I used the other evening for the first time in years, giving a nice route between One Stop Shopping Centre and Handsworth Wood Road...


*** *** ***
So consoling to work through a checklist of errands - like mowing lawns and firming up a shelf in our larder... 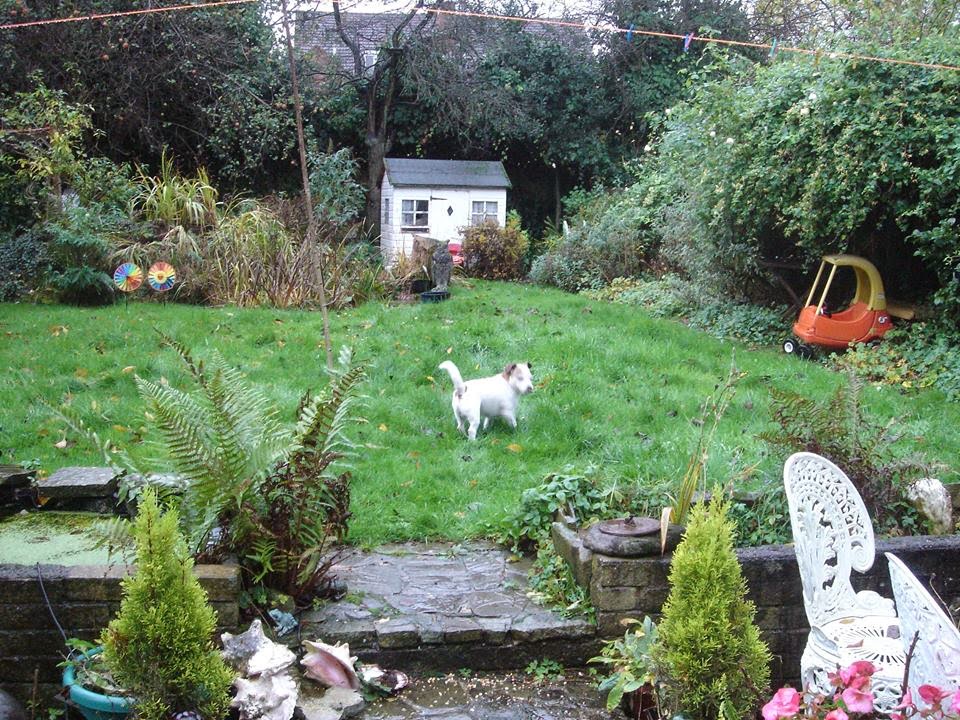 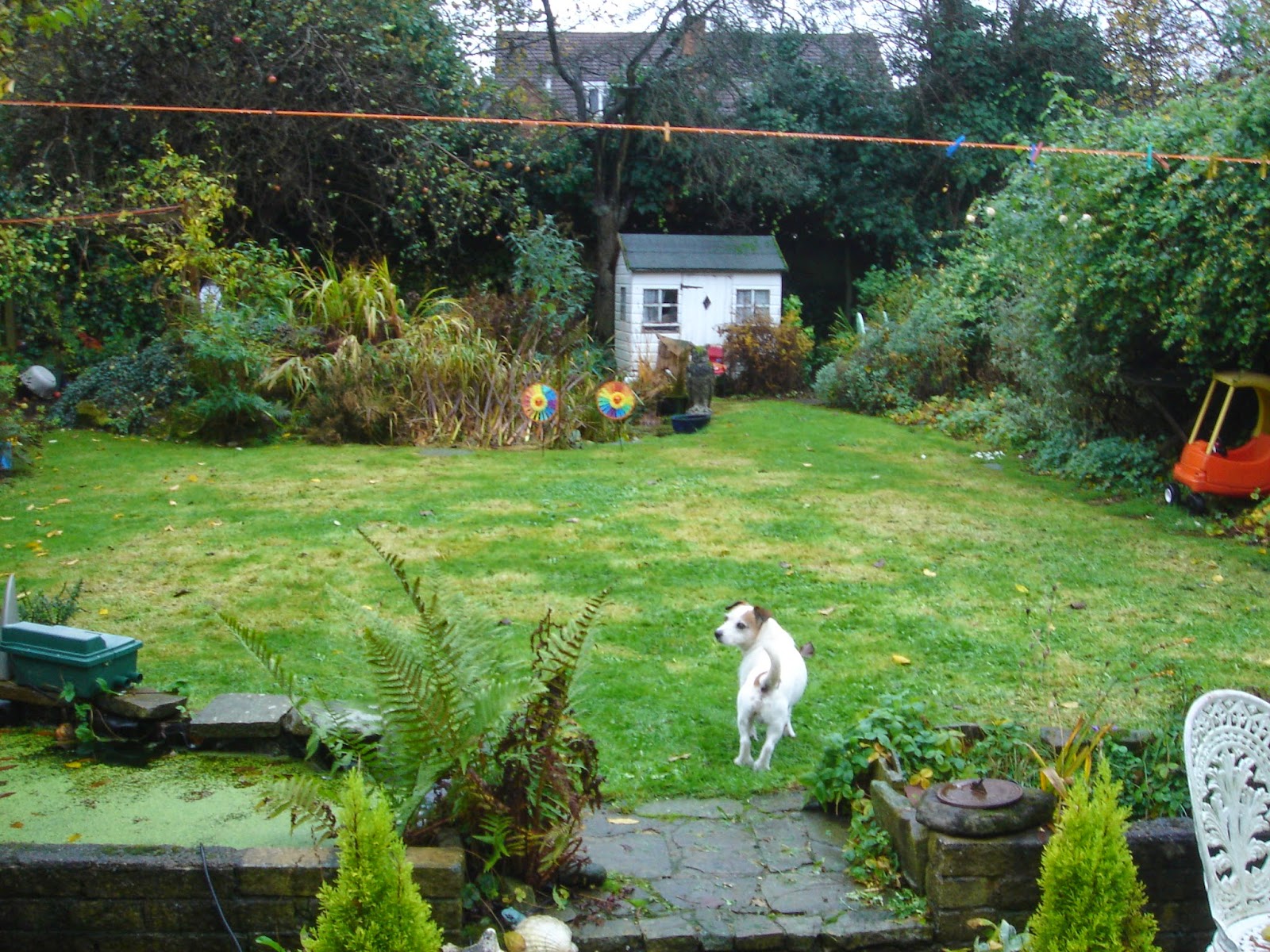 Amazon UK with precise micromarketing expertise (note the generous range of search terms, but why the use of singular where plural is the norm?) has suggested I might like to buy 'New men Sexy seamless underwear pants briefs U convex pouch thong knicker' 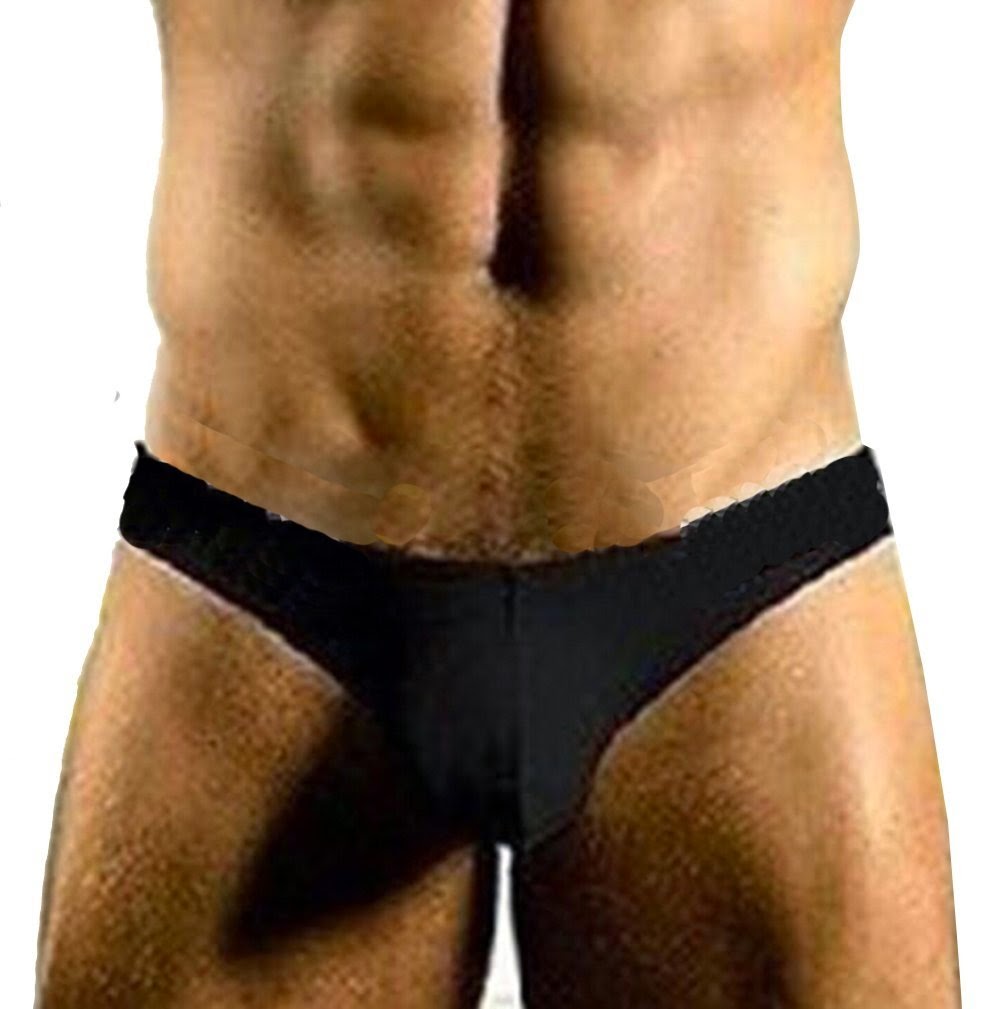