In Athens in 2008 the Municipal Christmas tree had rubbish thrown at it and was set on fire. 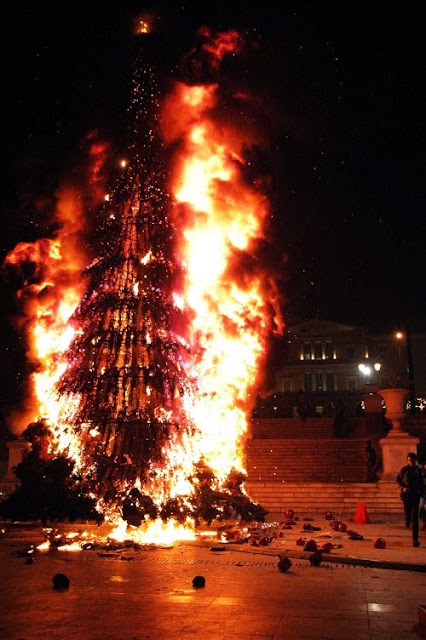 This year the City has not put up a Christmas tree and has cut back spending on other decorations; instead there is a sailing ship* in lights; in Greece more a symbol of Christmas than a tree. Volunteers for Doctors of the World - Médecins du Monde  -  have made a Christmas tree out of milk cartons by the University of Athens. 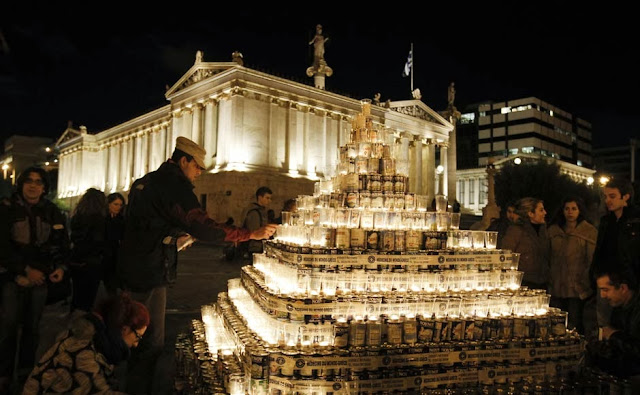 Around Keratsini near Piraeus, a band of activist technicians is illegally re-connecting the power supply of people, who after losing their electricity supply have been relying on oil lamps, and for cooking and warmth, propane gas.
In some richer suburbs,  Filothei and Paleo Psychiko if not Kifissia or Ekali, hanging on are the ravaged middle classes, ashamed of their plight; their investments turned into costs, their assets into liabilities. Back from tree-lined streets and unkempt back gardens, stand detached houses with closed shutters, lights-off, empty garages - discrete desperation.


*St. Nicholas is important in Greece as the patron saint of sailors...clothes drenched with brine, his beard drips with seawater, his face covered with perspiration because he has been working hard against the waves to rescue sailors. Christmas ranks second to Easter among holidays....On Christmas Eve, village children travel from house to house offering good wishes and singing kalends καλέντα, carols... accompanied by small metal triangles and little clay drums. The children get sweets and dried fruits as gifts. On almost every table are loaves of Christopsomo Χριστόψωμο ("Christ Bread");  large sweet loaves engraved and decorated to reflect a family's profession. Christmas trees are not commonly used in Greece. The main symbol of the season is a sprig of basil wrapping a wooden cross. A family member dips the cross and basil into holy water and uses it to sprinkle water in each room of the house to keep away the Killantzaroi Καλικάντζαρος, goblins and sprites who appear during the 12-days between Christmas to Epiphany on January 6. The Killantzaroi extinguish fires, ride astride people's backs, braid horses' tails, sour the milk and so on. Gifts are exchanged on St. Basil's Day on January 1 - the day of the 'renewal of the waters', when jugs in the house are emptied and refilled with new St. Basil's Water. 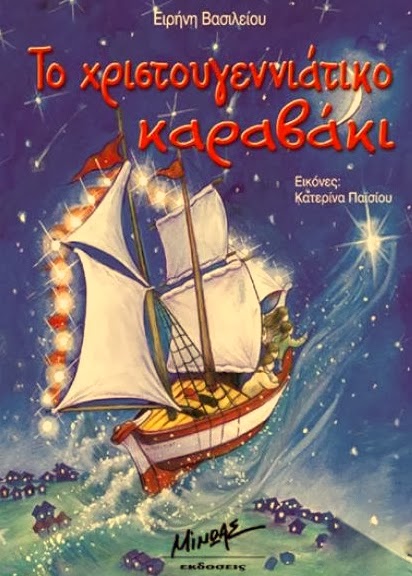 *** *** ***
We were eating lunch for Amy's birthday at the Boar's Head, our neighbour Baljinder's fusion restaurant in Perry Barr. Lin had driven through rain and wind to Cannock to bring her mum and dad who are with us for Christmas. Liz came with Sophia, now three months old. Richard picked me up and we drove to the pub together. Amy, Guy and Oliver joined us. Our son's good with his nephew. They enjoy each other. 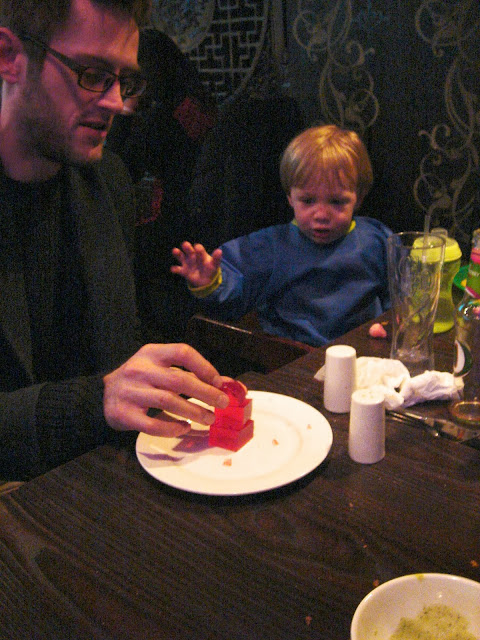 *** *** ***
Last week a red letter from Ano Korakiana arrived for us with one of its beautiful stamps upside down... 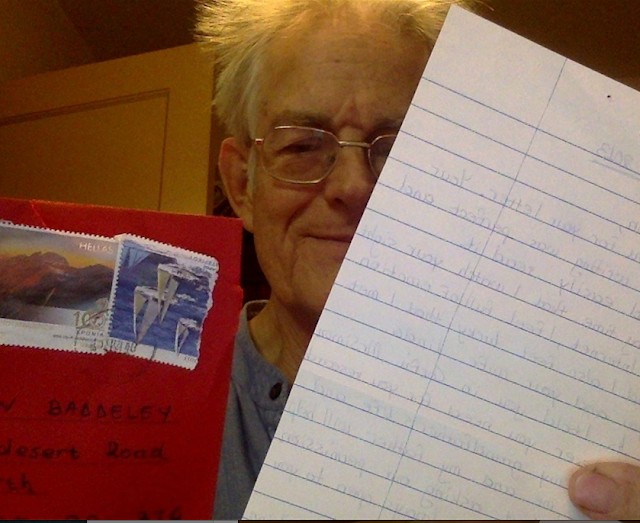