My stepfather delighted in reading Charles Dickens. He could recite first lines of the novels

"Opening lines are fascinating. They contain all that’s to follow”. I like the phrase 'recalled to life' from the first chapter. Dickens, after setting the scene - France and England in 1775 - for A Tale of Two Cities, describes the Dover Coach toiling up Shooter’s Hill. The night is stormy. To ease the horses, passengers have been asked to get out and trudge through the mud. Here's a place perfect for ambush and robbery. A lone rider is heard galloping in pursuit. It's Gerry Cruncher, messenger from Telsons Bank. Rider and coach halt, Jerry facing a wary driver's blunderbuss. Jarvis Lorri, banker, stands beside the coach. Jerry hands him an envelope.


He opened it in the light of the coach-lamp on that side and read - first to himself and then aloud; “ ‘Wait at Dover for Mam’selle.’ It’s not long, you see, guard. Jerry, say that my answer was, Recalled to Life.”

Recalled to life. Old 16mm film smells of vinegar. The cans in which it's stored are brown with rust - many over forty years old, films made by Jack's cameraman Stan Bréhaut for the Southern TV series Out of Town. at risk of wasting in our garage.
But by Christmas 2019, my licensee, Network on Air, will be publishing 6 episodes selected from the archive of recovered Out of Town material, sitting in our garage for ages, recovered by Jack from a warehouse some unknown time after Southern TV lost its licence in 1981. There were 100s of cans of 16mm film with added library sound effects and a similar number of flat cardboard boxes containing ¼” reel-to-reel sound tapes of Jack’s commentaries, which, left to Southern TV’s successor Meridian, had sat in their library, cherry picked as background – without Jack -  for country-themed programmes, becoming disordered. Jack had moved on, to do successful broadcasting on Channel 4 for three years, delivering sixty episodes of Old Country in the same style and format as OOT, using the same ‘shed’ – the set he’d used at Southern, set up in the Old Schoolhouse in Meonstoke. Jack Hargreaves - the invention of the camera from Simon Baddeley on Vimeo.
The recovered OOT material was stored on racks in his workshop beside Raven Cottage. When domestic DVD players proliferated, Jack selected 28 reels of film from this archive. The film had magnetic sound strips containing the sound effects – fish splashing, hammering, wind, atmos, and so on - added post-production. See Dave Knowles, Jack's sound technician, on the next clip between 00.47 and 1.46 explaining the characteristics of the film in the archive.


Jack Hargreaves ~ moving the collection from Plymouth to Birmingham from Simon Baddeley on Vimeo.
Although an executor of my stepfather's estate, I knew nothing of the ‘archive’ until 2009. Well before he died Jack had entrusted the unwieldy collection of film and tape to his friend Nick Wright, a media academic. Thank goodness! In 1994, when Jack died, such a collection would have burdened me. I might have discarded it and surrendered all rights –  a condition for gifts - to the BFI.
I remained unaware, until Richard Hill, filmed for an OOT episode on sea angling in the early 70s, wrote and asked if he could have a copy of the episode in which he and his friends appeared.

I’d spent two months rehearsing after digesting Jack’s recorded introductions without picture and the location footage to be used - trying not to imitate Jack but to find a suitable version of Jack's relaxed style in front of a camera.

I practised for a day with my friend Michael Livesley at his studio in Liverpool ... 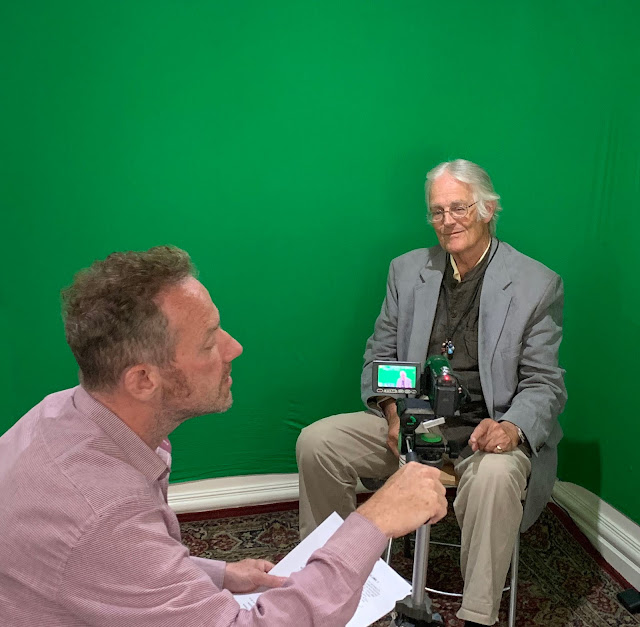 and spoke on my own to Photobooth on my laptop...
So, over 11 years after I learned of the existence of the ‘JH Archive’ we are lined up to publish the following films introduced by me. 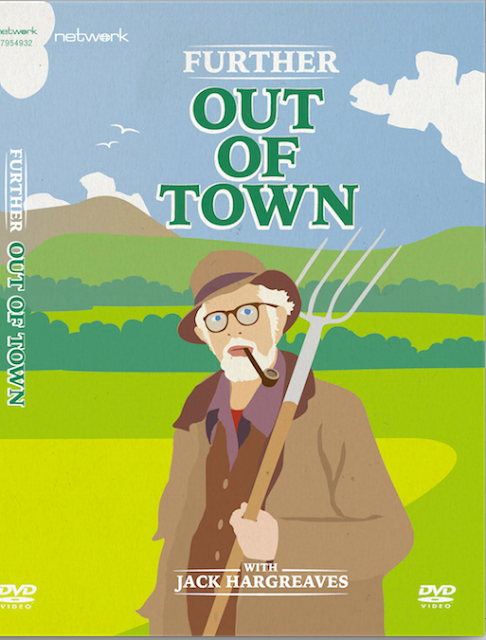