It’s Good Friday. What a waste it would be, if people like me, without faith in resurrection, miracles or virgin birth, might be tempted to throw out such an accurate demonstration of human nature; even turning away from witnessing the same population who provided a cheering procession last Sunday as Jesus arrived in Jerusalem on a peaceful donkey, but became, within a week, victim of a blood drenched lynching, incited by a religious hierarchy panicked, in their high offices, by the breach of small regulations; an uneasy imperial governor who for political expediency makes the killing of an innocent man official, ignoring his wife's pleas, and lending wood, nails and executioners; of a dear friend whose uncomprehending disappointment turns to anger and impulsive betrayal, and another, who’s resolution faltered when faced with torchlit darkness, armed soldiery and the dreadful smells and sounds of torture. Caiaphas, Pilate, Judas, Peter. There are many bit parts. Simon of Cyrene who carried the cross part of the way up to Golgotha; Veronica who lent her veil to wipe Jesus’ face; two thieves walking to the same death. Many witnesses.
** ** ** **
It's not that I take Greece for granted now we've been regularly at home here these ten years. Not for a moment. It's that some of the fervent, and to Lin, I suspect, feelings that would overtake me when I touched on Greek ground and heard Greek spoken and saw it written, are not so impulsively expressed. I was in love - am still in love - with this place, but now it's more like an extended friendship. Companionship. I'm at ease here.
I hoover the floor. I know the details of dust, the mould on the plaka, the dry shed leaves I sweep from our small garden. I love hanging washing that dries in hours, seeing it blowing in the warm breezes that waft between the village and the mountains; remembering to feed the cats where they've left their shit - after I've washed it away - so we won't tread in it as we go up and down the steps to Democracy Street, whose blemishes I know in my sleep. I change the broken bulb in the municipal light that hangs off a bracket on the side of the house, helping us in and out at night. In the morning the piss-pots emptied on the compost of greenery and dried weeds along with peelings from potatoes and carrots. In the grandchildren's case I enjoy reminding Oliver, as I empty his, that only male wee works on compost. One day Hannah will challenge me on this. Oliver's learning the difference between 'bitch' as a rude word and the description of a 'lady dog'. I don't want him getting into trouble with teachers, but nor do I want him town-ignorant. Five days ago swallows began returning to Ano Korakiana.
There was a problem with our water supply. Strong as usual outside; a dribble indoors. I needed to replace the pressure regulator that moderated the high pressure supply to the village. Bought from a plumber by Sgombou, the new kit wasn't too tricky to fit in place of the old one, blocked and rusted, unwilling to loosen up when tapped with a hammer. 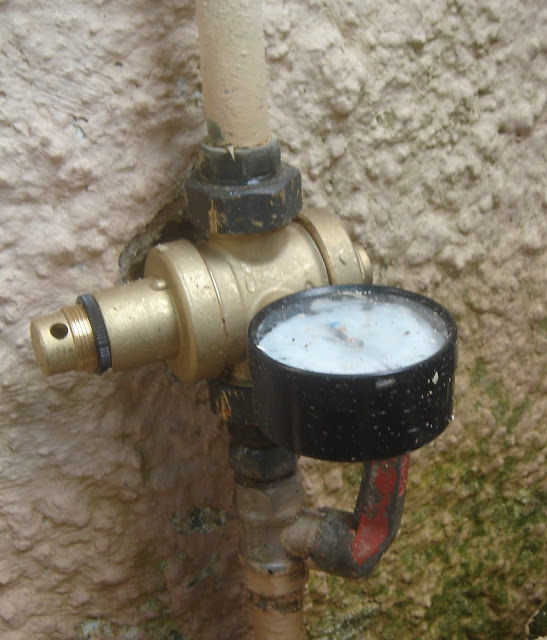 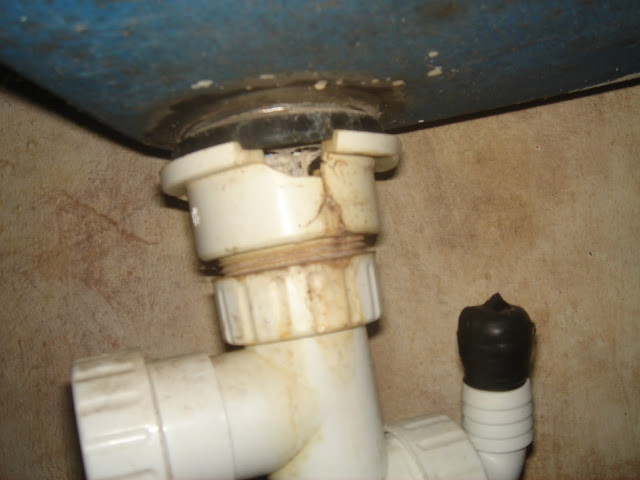 Fiddlier was mending the sink drain inside a cupboard in the utility room. Woeking on bended knees is harder work these days, as I explain to Oliver, watching with pleasing interest.
"Turn on the tap....wili it leak? Yes? No! It's OK. I'll tidy things up later"


...nnd Lin's already resealed a gap that's opened up between the stove and its lid, using thermal filler and sealing rope. 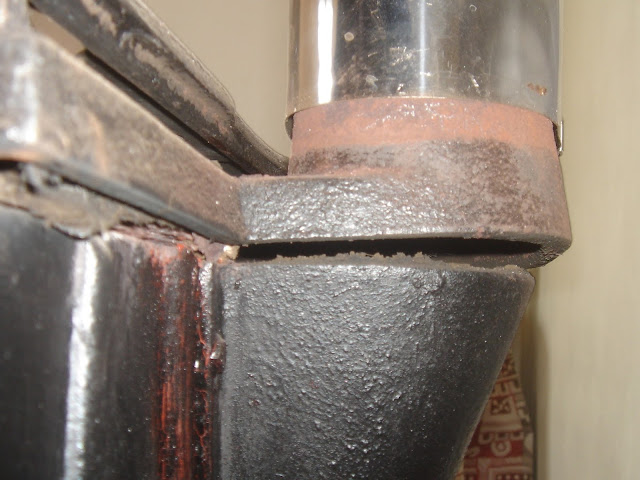 On Good Friday afternoon we drove to a stretch of empty shore at Sidari, treading on warm cushions of dry seaweed, sat on the jetty. 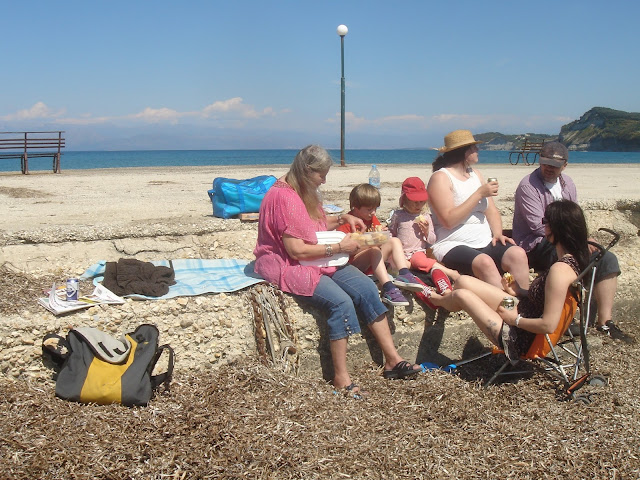