The public domain? Our '4 Avenues Project'

Overview and interim conclusion
The most significant finding that has emerged from HHH’s work on its ‘4 Avenues Project’ has been the transience of residency in the clusters of houses on which HHH has focused. Handsworth, with other inner suburbs of Birmingham, has a reputation as the home of communities of interest. In the avenues where HHH has worked, four small geographical, rather than social clusters, of no more than 16 houses, we have encountered marked absence of community – or to be precise - absence of local communities of place.

Individual residents and families may belong to faith groups, ethnic and interest groups, distributed in and around the city, but these do not amount to street life, or any of the things that might be associated with the social life of a village. When encouraged by a temporary HHH initiative in a specific street, a small number of individuals have turned out to help clear rubbish, load it on skips, sweep streets and alleyways, and express views on ‘what needs doing’. This transience, predominantly short term tenancies, poses a problem as to how to bring about continuity of commitment to looking after the spaces outside people’s homes. HHH members have been in meetings with social landlords.

They claim that current economic conditions, preclude them maintaining public spaces surrounding their properties, especially when the street is ‘unadopted’. This retreat, by responsible social landlords, from public space stewardship, is exacerbated by the prevalence of private buy-to-let residencies owned by landlords with no commitment to the space outside their properties, and little for the private space inside them. The frailty of communities of place means there’s no educating process about recycling, removal of heavy object like sofas and waste disposal; no culture of shame to inhibit littering and flytipping in public spaces and shared alleyways, nor involvement in caring about the lives of neighbours; nor is there much evidence of a will, or ability, by the local authority or social landlords, to implement sanctions that might support those residents and local groups who do care about the state of their neighbourhood. Our interim conclusion, given what previous experience and this project has taught us so far, is that no amount of financial capital, even were it available, or social capital in the form of voluntary activity carried out by HHH and similar bodies, is going to have more than a transient impact, without the financial and social revenue that might help create communities of place. The ‘4 Avenues Project’ attempts, through concentrated focus on very small areas, to see if it is possible, through a variety of personal and collective engagements, and a variety of small improvements, with residents and partners, to make a difference. HHH is working with the small proportion of residents who have shown willing to evolve care and attention to that sense of place, whose absence, has become so evident. How we will know whether this possibility has been realised we are uncertain. It is difficult to know if a place has got better. Finding that out, even being able to measure it, is part of the year’s learning. (continued)


I now have a nucleus colony which can go to your allotment. They are Buckfast bees, specially bred to be both docile and prolific. 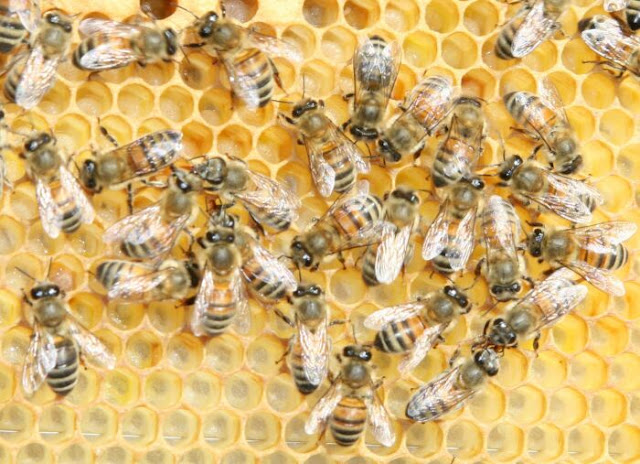 Dear Gill. Wonderful news! Buckfast bees come up so well on Google (:))
I’ve emailed Winnie who’s on my plot most days and she and I have just spoken by phone.
She’s looking forward to seeing the bees return, which is pleasing given the stings she got only a year ago, along with Dennis.
I have checked with others on nearby plots and they are also happy to see the bees return, especially Danny - two plots away - who, with her  family, had to ‘evacuate’ last year.
I so want this to work!! But nature also plays a part.
Winnie is tidying up the beehive ‘cage’ this afternoon. Her mobile is xxxx. A new number I think. x S

Winnie texted the bees had been delivered Monday evening. [Last year's bee crisis when our plot colony went feral - my letter to the allotment committee - June 2015):


Dear VJA Committee. Re bees. As you know we had a problem on the allotment last Sunday 7th June. For reasons still unclear but experts suspect was a missing queen following a swarm, the bees which for 3 years have been fine and so welcome, went 'feral', stung two people and frightened away several families from their plot that afternoon. In under 30 minutes I was on my plot with my apiarist friend – Gill Rose - who had come more immediately to the 'rescue’ after a phone call from me. Arriving at my plot I experienced a threat - even on the path while well away from the hive - from a dozen angry bees, and had to back off slowly. Another experienced apiarist – Nigel Fleming (Birmingham Beekeepers Association) - joined us and it was very regretfully decided by him and Gill to apply apicide to the colony. I support their judgement. So now for the first time since June 2010 we have no colony of bees on the VJA, tho' there are still some wild bees roaming the site. I have met and spoken to people affected including the people stung and the people with young children who'd been threatened and had to leave the site. All understood the dilemma. We are preparing the case for reintroducing bees on the allotments and want to make sure we've covered every angle on top of the hazards we had anticipated when the bees first arrived – liability insurance, accreditation of the apiarist, risk assessment, netting around hive, first aid kit to hand, approval by committee after consultation with plot-holders. Everyone I've spoken to seems keen to see the bees back and is sad that such drastic action was needed. Any advice? What is the view of the VJA Committee on re-introducing a bee colony to the site? Did the people directly responsible respond the ‘bee crisis’ swiftly and responsibly; call to Simon from Danny W at 15.37 on Sunday? - attendance at the hive by 16.10; - decision to apply apicide when all bees had returned to hive; - 18.15 Simon notified by Gill that colony has been destroyed; - from 16.00 Simon on site talking to people affected, with follow up on subsequent days and via Facebook and email to VJA committee members Kindest regards, Simon, Plot 14, VJA