From Sunday, in the week before Carnival, rehearsal mixed with fun; the members of the dance department of the Band (mainly women), 'closed' the kafeneio Kefalloniti last Saturday and danced -hours into the night! (my translation)
[Blog on Ano Korakiana Carnival in 2011}

*** *** ***
I woke at first light. Warm under the duvet. The pleasure of knowing I didn't need to get up for a couple of hours. Later Oscar woke me squeaking to go down stairs and bark at something in the garden. 14th Feb 18.30, the AGM of the Friends of Black Patch Park went well; no not just 'well', far better than I and, I suspect, others had believed.

It was our Chairman's introduction carried us. There's no government money; little chance of grants. I'm not alone in getting tired of one member's enthusiasm for football on the Black Patch and a promise to restore a derelict community centre that seems lost in space. The council's copied us a model lease, a stewardship agreement. Sandwell seem to think we've the capacity to run this place. They are Sandwell Parks Department, Property Services, Estates..It hardly matters. They've gone very quiet. And me? I've no intention of supporting the idea. See this messed up building handed to inadequate management. Even if restored to a standard. Sold on to someone who thinks 'wedding venue'? I think not. But Ron Collins sat calmly in a circle of six in a little room off the main hall of Bishop Latimer Church in Winson Green and changed my mind enough to want to stay engaged. A few days later at my request he e-mailed me a draft of his five minute talk - in text punctuated with his characteristic deference:

We are at a very uncertain time regarding Local Authority funding, cutbacks, etc, etc. However it is also a significant time for Friends of Black Patch Park. After losing ground to falling membership and lack of interest, from so many people, I think that we are now on the verge of moving forward into a new era.It is my belief and that of a few others that, to begin to fulfil our role - by which I mean our aims stated over the years e.g. Keep Use or Improve - to begin to effectively implement any further activity, of pretty well any kind, we need to reinstate the Community Centre building.It's quite obvious, really, that the footballers need changing rooms. I believe Simon said as much to Birmingham Evening Mail in 2007. It then follows that toilets will be provided. Once these are established, we will have a space where anyone can have a cup of tea or, indeed, a meeting.The space will facilitate/enable any number of uses and activities. As well as a room for our meetings, it can be an exhibition space, a classroom, if outside activities are rained off. It could be our shop-window to clue people in to all of the various strands that come together at Black Patch Park.Whenever [Simon's] Vision for Black Patch Park was created [year?] it says 'Promote the use of the park as a valuable resource for Learning Outside the Classroom' and 'Promote opportunities for children's play'.Before inviting or encouraging any more people to use the park we need loos.So, we have footballers, schoolchildren, Ted's Romany gatherings, us - the 'Friends'. I sense that we are gathering a community of park users.I also think that the strength gained from building this community of users should, through engendering pride in the place, bring about more conviction, and the necessity to address the issues that we will have, e.g. flytipping. A bigger voice will result in a more effective response.So, I don't know if you will all agree but I envisage Black Patch Park as a multi-use space that is attractive, non-threatening and inviting to all members of any communities that wish to use it. As mentioned, my definition of communities includes any local residents, schoolchildren, footballers, their supporters, any friends or family of Romanies, tourists, in fact anyone.People may come to honour the Romany Gypsy heritage that is there. [I think] Fans of Charlie Chaplin will wish to visit his birthplace.Others will wish to visit the birthplace of the Industrial Revolution - Soho Foundry.Still others will want to just enjoy the park for its flora and fauna; the birds, bats, trees or just enjoy the fact of it being a quiet green haven in this area, which isn't otherwise so quiet or green. There will, perhaps, be people here with their own preferences: some more into nature and ecology than football; more into sitting on a bench than industrial history. What I would like to stress is that, whatever your interest in or use that you make of Black Patch Park, nobody loses out.  I believe that everyone gains from this move into [using] the Community Centre. Nothing works against the interest of others. We saved Black Patch Park from development. The trees including all the birds and creatures will still be here after all of us are gone. It's a matter of what condition we can bring the park up to. Nostalgia ain't what it used to be...and, in most cases, people die off. The things that they remember are forgotten - as the world replaces rebuilds itself.  But, maintaining this space; the park, the foundry, the community centre, the Romany memorial, will ensure that we establish a legacy that is tangible, that can be seen and remembered by future generations and that it does not become just a few old photos and knick-knacks in a library archive or museum - like so much else that we know has been rubbed out, built upon, transformed and, finally, disappears with the last people who remember what it was like to live there, work there or play there. We can make this place a 'reminder' to the world. [?]

I think that's it, Simon. Not sure about the last sentence, though. Regards Ron

Ron welcomed everyone and introduced the meeting.

Ron highlighted the aspiration of having the community centre back in use. For example, its use for refreshment and toilet facilities; as a meeting and exhibition space; a place to organise activities; and as a classroom for schools visiting the park. The park is a multi-use space that is non- threatening; inclusive and accessible to all. There is a community of park users that value the park for a diversity of uses including football, children’s play, cycling, wildlife etc. The history of the park is also a key asset including the links to Boulton, Watt and Murdoch and the Foundry Tavern, Charlie Chaplin and the Romany Community.
The aim of the Friends group should be to leave a tangible legacy. Not just photographs in the library of what used to be.

Andrew gave an update on the current finances on behalf of the outgoing treasurer, Barbara Shaw. The Friends currently have a balance of £23.99 of which £13.50 is in petty cash. The remainder is in the treasurer’s account with Lloyds Bank. Barbara Shaw and Sue Godridge are stepping down as signatories on the account to be replaced by Ron Collins and Harjinder. Ron and Andrew visited the Lloyds branch on Colmore Row where the account is held to arrange the change of signatories.

Barbara Shaw is standing down as treasurer and Sue Godridge as minutes secretary.

It was agreed that all positions should be shadowed by another member of the committee to encourage others to take on the roles in the future and that it was a priority to identify new committee members.

The AGM was followed by a committee meeting the minutes of which are as follows:

1. Minutes of previous meeting
The minutes were accepted as a true record of proceedings.

Email to Chaplin brothers
Ron is to draft a letter which will be added as an agenda item to the next committee meeting for discussion. It was suggested that we also liaise with Ted Rudge.

Action: Phil is to meet with Ted
Ron to draft letter or email to Chaplin brothers

Model lease
Geoff Deakin at Sandwell MBC has provided three alternative templates for the lease or licence of the community centre. These include:

Those present at the meeting felt that the last two options were likely to be the most appropriate with regards to the community centre at Black Patch Park. Further discussions will be required with Sandwell MBC before a final decision is made as to the best option. However, it was agreed that there needs to be a commitment from Sandwell MBC to bring the community centre back to a minimum standard and that the Friends are prepared to work with the Council to help secure funds to make this possible.

In the meantime it was suggested that we arrange a visit to the Friends of West Smethwick Park to find out how their agreement with Sandwell MBC is working. Barnford Park may also be worth a visit. It was also suggested that we contact Sarah Royal at Birmingham Open Spaces Forum for further advice on the liabilities involved in taking on such responsibilities and other examples of Friends groups that have taken on similar responsibilities that might be worth contacting.

Action: Andrew to contact Friends of West Smethwick Park to arrange a visit.
Harjinder to arrange a meeting with Geoff Deakin at Oldbury.

Tour of the park
Simon mentioned the tour of the park and the draft produced following a visit by Simon, Andrew and Phil to the park. This is now on Simon’s blog and should have been included in the previous minutes.

Action: Andrew to find out the date of the next forum meeting.

Action: Harjinder to arrange meeting with Geoff Deakin at Oldbury with regards to  the community centre.

6. Date of next meeting

7.00pm on Tuesday 18th March at Bishop Latimer United Church, 60 Beeton Road, Winson Green B18 4QD.
*********
Handsworth Helping Hands - it's been busy. This was just one of our Skip-it Don't tip-it days; this one in Church Vale and Robert Road, Handsworth.

Today we worked with local residents, our own volunteers (Denise, Linda, Winnie, John, Mike, Jan, Jimoh, Simon) with Fleet and Waste Management (crusher truck and street sweeper) and Midland Heart colleagues, to do another 'SKIP-IT DON'T TIP-IT' day in Church Vale and Robert Road, Handsworth. Starting with two skips provided by BCC through Ken Brown, we soon found these filled to the brim, so a third skip was ordered - this one from Bogans. Waste that couldn't be skipped, much of it fly-tipping, was collected in volume and taken away in the BCC crusher truck. We met and helped several householders clear accumulations of rubbish from their back gardens. The street sweeper followed the waste collection, clearing anything that fell on the ground as all manner of muck was heaved into the three skips. Box after box of plastic bottles and drinks cans were collected for recycling and the HHH van was used to fill a Midland Heart skip to the brim from one back yard in Robert Road. It was another day of partnership helping to clean up a small part of Handworth. 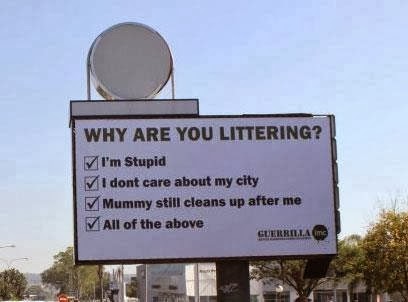 ...but there are rewards picking up household throwaways with Handsworth Helping Hands. Someone got rid of this little globe and now our grandson has a whole world in his hands (:))