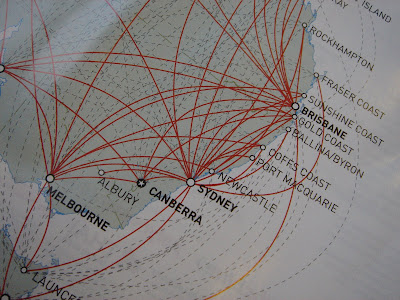 29 May 2008. I rose at 5.00am this morning to think more about my talk in Tokyo on “maintaining service standards across local government”. I think my approach will be to quote Lord Barnett, Chancellor of the Exchequer in 1978, ridiculing during a recent interview, his 30 year old ‘Barnett formula’ as an exercise he did ‘on the back of an envelope’ to try to reduce inequalities in the distribution of central government expenditure across the UK:

"All I did was put together… a mechanism for allocating public expenditure between England, Scotland, Wales and Northern Ireland on the basis of population - even that was on approximate numbers. There was nothing scientific about this but I naively thought it made life easier for me because I didn't need to then have detailed and individual debates with the individual Secretaries of State for the various areas of the UK.”

A Treasury spokes replied to this:

“The government has no plans to replace the Barnett formula, which has delivered fair, stable and transparent settlements for the nations of the UK under successive administrations for almost 30 years.”

Then I'll reiterate the point that so few people, including myself and the majority of my fellow citizens, understand how the process works. We simply labour under the vague intuition that when it comes to the north-south distribution of wealth ‘something isn’t quite fair”. I will describe how local government is funded and the way this incomprehension and confusion is sustained by central funding, despite the fact that many intelligent and experienced people in our government see a need for reform while also seeing – and experiencing - the hazards of tampering with the status quo, through place-shaping, and especially Local Income Tax.

I shall borrow from my colleagues Peter Watt and Chris Game whose lectures on this subject I’ve listened to over the last five years and I shall also use Simon Delay’s description’s of how audit works – so that while acknowledging the confusions that get in the way of local democracy, I also cover the current methods of auditing local government service delivery. This material is hard for me and I would normally leave it to my colleagues, but this is what my Japanese hosts have asked me to speak about for 30 minutes. I’d feel more confident talking , as I did at the workshop yesterday afternoon, about the political-management tango. Yes, I think it went quite well and I had an able chair in John Martin. Later today we fly to Melbourne for another and longer workshop on my favourite subject on Friday, followed by another in Adelaide on Monday and in Perth on Wednesday.
** ** **
28 May 2008. I ought to know that from the tears I shed – swiftly wiped away – as Lin and I, secularists and atheists both, walked the streets of Ano Korakiana to grieve the death on Friday and rejoice at midnight on Sunday at the holy resurrection. I’m nothing if not the idiot who shares my joys in the bible tales with a minister on the flight to Sydney. “But tell me” I asked quietly “you believe do you not that Christ is right here with us.” “Of course” “Hm” I murmur. “So if this great plane drops from the sky are you ready?” “But of course”. “Hm. I’m not at all” say I “nor – which is sad – do I believe in ‘the sure and certain hope of the life to come. In truth if this plane were to fall I’d be bloody annoyed and worse – hideously scared.” He said nothing in the nicest way, speaking rather silently. So I asked, to be provocative “Then if He is here with us, indeed planned that we should share seats 58B and 58C on flight QF32, isn’t the other one here too?” “Possibly but He is everywhere” (which I well knew) “while the other one has to roam around, only able to be at one place at a time.” “So he’s not here?” “What do you think?”

Book of Job, Chapter 1 verse 7: 'And the LORD said unto Satan, "Whence comest thou?" Then Satan answered the LORD, and said, "From going to and fro in the earth, and from walking up and down in it."

** ** **
This conference and these hours - now days - in Australia have been wonderful. Lots of good factual and detailed pondering on the complex issues facing local government in Australia with speakers who lecture without notes or PowerPoint, with groups who discuss problems over tea and coffee and everywhere else. All know times will get tougher; jobs less secure; complexity greater. There’s a hard wind blowing in from all quarters. How can we enhance community well-being? How can we become carbon-neutral in the next decade – or sooner? How do we maintain our enthusiasm for the work and attract and develop the talent needed to achieve good government, to pursue democracy?
There are people here from across Australia, from Japan, New Zealand, Canada, USA, Korea, UK and the islands of the Pacific Ocean. We’ve been talking to each other – a constant buzz of conversation – and listening; even me, which says a lot. I’ve liked the sincerity, the generosity, the wit and the intelligence around me – and the food and drink! We’re a hybrid cosmopolitan assembly, thinking, planning, learning and working – waging peace.
It’s been so good that the technology allows me to talk to Lin for free via skype, while doing my e-mail, keeping in touch with the various streams – Ano Korakiana (Mark and Sally), Birmingham (Lin and the people concerned with the future of the Victoria Jubilee Allotments), Birmingham and my work colleagues, various people round UK local government, Mum in Scotland.

** ** **
Last night we went to see dolphins. I thought I’d be saddened by the sight of tame cetaceans performing before a clapping crowd, but it was good and my heart rose to the wonder of their leaping team-work, well rewarded by fish from the human co-performers, as it was to see a gyred falcon stoop above a crowd once. Of course these things resonated with memories of seeing them in the deep ocean and the mountains but the pleasure lay in the honour of having them amuse and impress us.
** ** **
My workshop, chaired by John Martin, my host, went well. People even clapped as they had for the podium speakers and several came up to thank me - and John - after. The technology worked perfectly. People attended to the subtleties of the political-management relationships I’ve filmed. I felt optimistic for the workshops to follow.
** ** **
Rain came this evening damping the streets of Gold Coast, but it’s far too local, I was told, to be of help in alleviating the pressures of prolonged drought across Australia “It just runs into the sea” said John “filling no aquifers. Where we need it is west of the mountains.”
** ** **
I’ve been asking – in a nosey way - about people’s journeys “How did you come to Australia?” Last night I met a couple, both of whom when pushed told me they were descendants of transported convicts who’d come over with ‘the second fleet’. Having some sense of what had been involved but to my own surprise I touched the arm of one and said ‘sorry’. The name ‘second fleet’ was new to me. I searched for it later:

The ‘Second Fleet’ is the group of four convict ships which arrived at Sydney Cove in Port Jackson, New South Wales in June 1790. These ships were the convict ships Surprize, Neptune, and Scarborough, and the storeship Justinian. The Surprize, Neptune and Scarborough were contracted from the firm ‘Camden, Calvert & King’ who undertook to transport, clothe and feed the convicts for a flat fee of £17 7s. 6d per head, whether they landed alive or not. This also carried slaves to America. They left England on 19 January 1790, with 928 male and 78 female on board. The Guardian struck ice early in the voyage, and did not complete the journey, limping only as far as Africa. The second fleet landed at Port Jackson. The mortality rate was the highest in the history of transportation to Australia. Of the 1,026 convicts embarked, 256 men and 11 women died during the voyage. On Neptune they were deliberately starved, kept heavily ironed, and frequently refused access to the deck. Scurvy spread. Captain William Hill, commander of the guard on the voyage, reported that the more ships' masters “can withhold from the unhappy wretches the more provisions they have to dispose of at a foreign market, and the earlier in the voyage they die, the longer they can draw the deceased's allowance to themselves”. On arrival at Port Jackson, convicts were lying without bedding, too ill to move. Those unable to walk were slung over the side. All were covered with lice. At least 486 sick were landed. The remainder were described as ‘lean and emaciated and exhibiting more horrid spectacles than had ever been witnessed in this country’. When news of the horrors of the Second Fleet reached England, both public and official opinion was shocked. An enquiry was held but no attempt was made to arrest Donald Traill, master of Neptune, described as a demented sadist, or bring a public prosecution against him, the other masters, or the firm of contractors. They had already been contracted by the government to prepare the Third Fleet for sailing to Australia.

At the start of my workshop as had other speakers I thanked my hosts and added that “I honoured the traditional owners of the land on which we learned.” This is all new to me, familiar and yet foreign. Soon we fly on to my next workshop in Melbourne.
Posted by sibadd