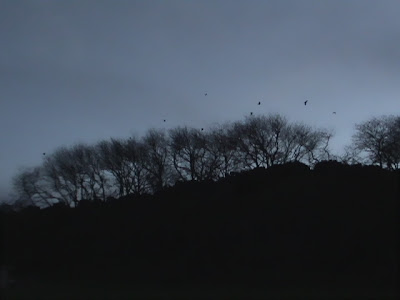 I walked along the shore of the Moray Firth with the dogs on Thursday evening. The wind was strong. Rooks flew back and forth over the hanger woods above our path in the gathering dark. The curlews mewed over the low tide stony shore and, hardly visible, neat formations of duck flew low along the ruffled firth surrounded by distant lights. The glow of Inverness increased with the dusk beside the traffic streaming beneath the navigation lights on the Kessock Suspension Bridge.
* * *
At Borders on WiFi I received an interesting request:

Wed, 5 Dec 2007 21:34:50 +0000 (GMT)
To: Simon Baddeley
Subject: About the Union of the Ionian Islands with Greece.
Dear Simon, It is said that before the Union of the Ionian Islands with Greece (1864), inhabitants of Ano Korakiana signed a 'paper' asking the British Government to keep the islands in their protectorate. We have been looking for this paper for years in the Greek archives without result. We wonder if you can help us by searching for this paper in British archives (Parliament, Colonial archives, Foreign Office etc). Thank you in advance. Merry Christmas and a happy New Year. Best wishes, Thanassis Spiggos and Kostas Apergis

I've promised to make enquiries. How fascinating and - erm - sensitive. The Treaty of London was formalised in the flag, coins and stamps of that period. was signed for Greece by Charilaos Trikoupis. departure from Corfu was not universally popular. The flag with the Union Jack in the corner displays the Venetian Lion that dominated the flag of the previous Ionian Republic, holding the Bible and a sprig of 'I-must-find-out what' - olive? myrtle? 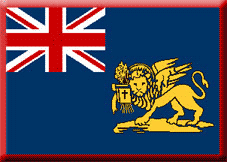 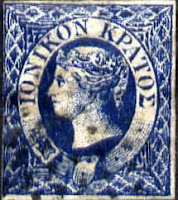 The difference is that the previous flag held lances representing the seven islands of the Republic. I'm curious to disentangle the diplomacy surrounding that shift in design.

joining 'the tumultuous nation of political minorsthe first independent Greek state after the fall of Constantinople.
Posted by sibadd