Up to date on Black Patch Park


I am hoping that these are significant dates in the restoration of Black Patch Park - useful to us, The Friends of Black Patch Park (FoBPP), and to anyone new to our campaign, begun 14 years ago, to stop the decommissioning of the park in favour of light industry, and bring people back to the park and its surroundings.


Hi Simon it was good to see Michael Chaplin in Black patch, I'm just sorry I was not aware of this until it appeared in the news. I have made many attempts in the past to get a solution to the area including the historical Soho foundry. I'm still keen to look at options. However this just seems to hit a brick wall. I had extensive meeting with the Lunar society all to know end. I'd be happy to meet with you to look at options if you contact my office on 01215695666. In any case finding a solution with Council money alone is a non runner given the cuts we have to make. B'ham are in a worse place than Sandwell so can't see that making a difference.’

My reply on behalf of the Friends:  'Thanks Darren. It is such a tricky wicked problem - one you clearly understand. I will indeed be in touch. You know at the moment that Hayley Insley, your senior regeneration officer, is looking at Eastside's offer but which involved losing a third of the Patch. We are bound by our constitution and belief in the park to resist this while ready to be participate in all attempts to find a way through in these horrible times for local government! Kindest regards, S'
[Note: On 16th June 2014 FoBPP had an interesting meeting in the Soho Foundry Pub with Tony Deep MBE of Eastside Foods who expressed interest in seeking permission for a company called Smart Waste to construct an autoclaving plant on part of Black Patch Park]


On 16th March 2016 - yesterday - Ron Collins, our chair, Phil Crumpton and Simon Baddeley, met with the Leader of Sandwell MBC, Cllr Darren Cooper at the Council House in Oldbury. We talked for over half an hour. The best that came from the meeting was Cllr Cooper's view that the area surrounding Black Patch Park could be rezoned for housing, instead of, as it is and has been for over a decade, for light industry. [Darren Cooper died 10 days after our meeting]

The circulation of a report on rezoning by FoBPP


Our report 'Bringing People Back to Black Patch' was approved at The Friends of Black Patch Park's last Committee Meeting on 1 December at the Soho Foundry Tavern. 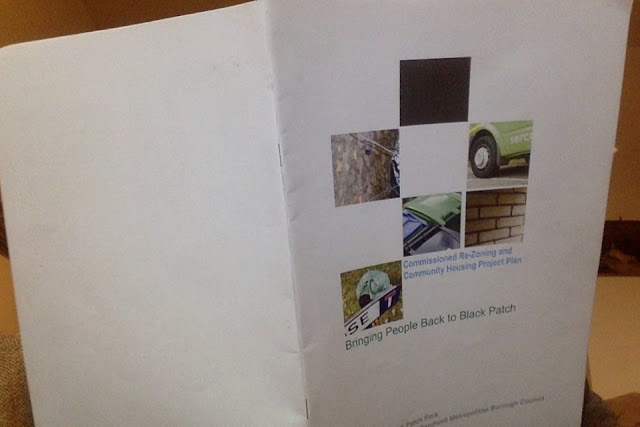 
At the meeting between Cllr Steve Eling and the FoBPP on 23 Feb 2017, Cllr Eling said he was impressed at the comprehensiveness of the report that the Friends had produced, recommending that people be brought back to Black Patch Park as the only solution to its neglect and blighting. His Cabinet had walked around the park a few weeks earlier. He had followed our case. He agreed with our plan and its arguments for rezoning the area for new housing around the park and beyond. This, the Leader agreed, was the only way to resolve what he described as the ‘conundrum of the Black Patch’ - a problem created by a prolonged series of failed piece-meal measures; in particular, a repetitive cycle of forced illegal entry, consequent trashing, expensive clearance, inadequate boundary securing and monitoring. “Black Patch” he declared “has been historically disadvantaged by its lack of connectivity. But there’s a new connectivity which changes the fortunes of the Black Patch”. There would be no solution to the ‘Black Patch conundrum’ without a restorative strategy for this part of the Borough. 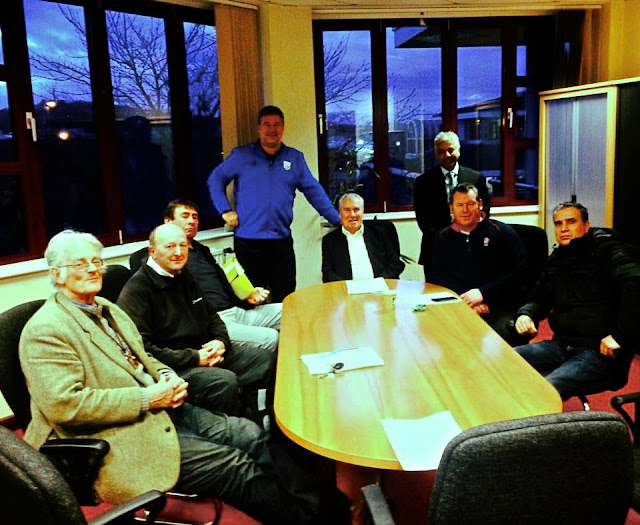 
To find a solution to a borough-wide problem of travellers trespass on public green space Sandwell MBC permits the laying out of a secure temporary site for travellers so that within 24 hours, the authority can, under public order legislation, transfer trespassers on its parks to that site. FoBPP expressed concern, objecting, in a letter from our Hon Sec, that placing a Temporary Traveller's Transit site next to the last remaining homes near Black Patch and in the centre of an area that a month before the Council Leader had described as the 'sustainable housing area',  blocked plans to restore Black Patch Park as a 'community of place'. Cllr Steve Eling responded with a 3-page letter.


Cllr Steve Eling, Leader of Sandwell MBC, spoke with four of the Friends of Black Patch Park, in the gallery of the Council Chamber, just before chairing Cabinet - 3.20 pm 30th Aug. The question in our minds and on our lips and in the paper we submitted to the Council last year, is "Will the Council adopt what FoBPP have proposed for the Black Patch - the return of houses and therefore people to the land around the park?" Steve Eling says - I wrote down his words - "it's in hand. it will take time. A schematic will go out to consultation in October." 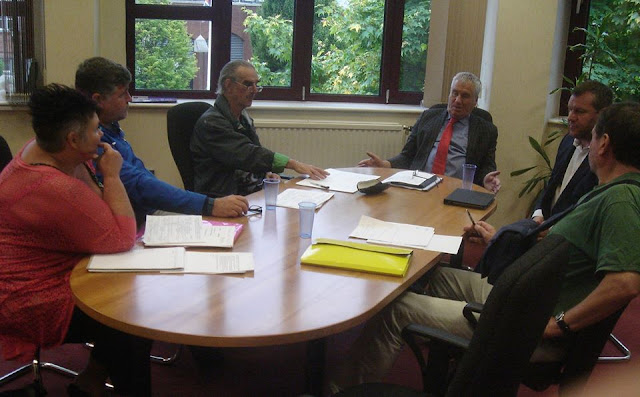 
‘In the last 18 months things have changed for the Black Patch – not only for the park but for its surrounding streets and small edging areas of land. In mid-2016 the Leader of Sandwell Council said that previous bets – few and far between - on the future of the Black Patch were off. Something serious needed doing for this area at the eastern end of the borough - neglected 30 years; blighted by the dispersal of all but a few of its surrounding residents; by a pragmatic council decision to decommission the park and rezone it for light industry, and by its spreading repute as an expedient place for flytipping. Councillor Darren Cooper declared to us, in his office on 16th March 2016, that things were going to change.

His sudden death, within days of our meeting, did not interrupt that aspiration. Rather, a decision to restore Black Patch Park became part of Darren Cooper’s eulogy, repeated, with detail, at a meeting, on 23rd February 2017, with Sandwell’s new leader, Cllr Steve Eling. “The whole area” he declared from his predecessor’s chair “has been blighted by decades of piecemeal decisions”. Council strategies, having nothing to do with this area of the borough, have nudged the ‘Patch’ into an urban limbo – reminiscent of its status 150 years earlier, when none but the Romany would make a home on 10 feet of industrial embers threaded by two oily brooks beside barren rail embankments.’


Well what do we think - after attending Full Council at Sandwell tonight? Throughout the proceedings we heard no mention of Black Patch. All rose to leave after near 2 hours.  "So what's happened?" we asked one another. It felt like an anti-climax, but then we met up with the Leader and colleagues in the Council Chamber lobby...The Rev Ash Barker of Winson Green asked Cllr Eling to help us understand why there'd been no mention of the Black Patch during the Council meeting. Cllr Eling replied "It's done! Council endorsed Cabinet's recommendation/ No-one objected" Our mood shifted upwards as other councillors came up to us to confirm our best hopes. We had actually not quite grasped that - but see the letter below from Suki Suthi-Nagra copied to our member, Phil Crumpton.

So what has been so far decided?


This is an email from Sandwell's manager of Democratic Services, officially copied to one of our members, Phil Crumpton, shortly before Sandwell MBC Full Council met on 16th Jan 2018 to endorse a proposition for the future of the Black Patch Area that had been put forward at a Sandwell MBC Cabinet meeting on 18th Oct 2017:

Phil. Thank you for your email. I can confirm that the Council at its meeting to be held on 16 January 2018, will be receiving the minutes of the Cabinet held on 18 October 2017. You will recall that at this meeting in October, the Cabinet considered the Proposed Masterplan for Residential Development at Black Patch, Smethwick and resolved:-

(1) that the proposals for a land use change to the sites in the Black Patch area, Smethwick to that of residential be noted;

(2) that a masterplan and Interim Planning Statement be prepared as the way forward for the Black Patch, Smethwick area;

(3) that in connection with Resolution (2) above, a further report be submitted to the Cabinet on the draft masterplan and Interim Planning Statement prior to public consultation being undertaken;

(4) that consultation be undertaken with Merry Hill Allotment plot holders to consider relocation to an alternative allotment site and the results of the consultation be submitted to Cabinet in due course.

The Council will note these minutes. A further detailed report on the draft masterplan will be presented in due course to Cabinet to which you will be invited to attend