Connecting rubbish in the streets to social cohesion 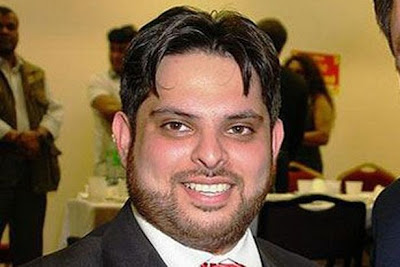 One of our ward members, Councillor Waseem Zaffar MBE, JP, chairman of Birmingham City Council's Social Cohesion and Community Safety Scrutiny Committee, wrote a piece on 25th August in the Birmingham Mail on connections between mental health and crime. 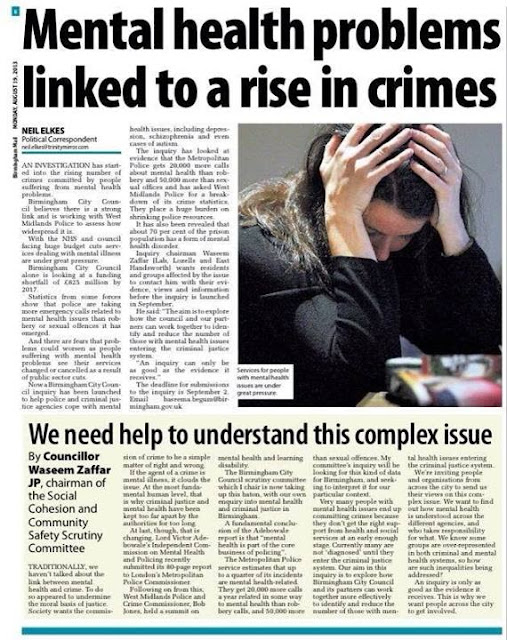 We need help to understand this complex issue  Traditionally, we haven’t talked about the link between mental health and crime. To do so appeared to undermine the moral basis of justice. Society wants the commission of crime to be a simple matter of right and wrong.
If the agent of a crime is mental illness, it clouds the issue. At the most fundamental human level, that is why criminal justice and mental health have been kept too far apart by the authorities for too long.
At last, though, that is changing. Lord Victor Adebowale’s Independent Commission on Mental Health and Policing recently submitted its 80-page report to London’s Metropolitan Police Commissioner.
Following on from this, West Midlands Police and Crime Commissioner, Bob Jones, held a summit on mental health and learning disability.
The Birmingham City Council scrutiny committee which I chair is now taking up this baton, with our own enquiry into mental health and criminal justice in Birmingham.
A fundamental conclusion of the Adebowale Report is that “mental health is part of the core business of policing”.
The Metropolitan Police service estimates that up to a quarter of its incidents are mental health-related. They get 20,000 more calls a year related in some way to mental health than robbery calls, and 50,000 more than sexual offences. My committee’s inquiry will be looking for this kind of data for Birmingham, and seeking to interpret it for our particular context.
Very many people with mental health issues end up committing crimes because they don’t get the right support from health and social services at an early enough stage. Currently many are not ‘diagnosed’ until they enter the criminal justice system. Our aim in this inquiry is to explore how Birmingham City Council and its partners can work together more effectively to identify and reduce the number of those with mental health issues entering the criminal justice system.
We’re inviting people and organisations from across the city to send us their views on this complex issue. We want to find out how mental health is understood across the different agencies, and who takes responsibility for what. We know some groups are over-represented in both criminal and mental health systems, so how are such inequalities being addressed?
An inquiry is only as good as the evidence it receives. This is why we want people across the city to get involved.

It's not a connection anyone living in a big city who looks around them can question. Waseem posted his article on Facebook. My response among many other positive comments:


This is lovely intelligent and decent article. We have created a pre-Victorian judgemental world that abhors the notion of mental state as an explanation for criminality, since it fudges a determination to see the world as black and white, good and evil with nowhere in between - a pre-kindergarten view of human nature. Your comments on police experience of mental illness chime closely with my daughter's WM police experience, with my wife's teaching experience on a 'tough' estate and now with our experience of people we encounter as part of our work with Handsworth Helping Hands. There are so many 'lost souls' living in a sort of twilight world, utterly outside the experience (as they are allowed or inclined to publish) of tabloid judgemental journalists. I don't budge an iota on being 'tough on crime' but let's be more sophisticated about the probability that too many of the most successful criminals don't get found by the police, don't live 'around here' but are happy to use and exploit a wide pool of mental ill-health, which they, by pushing drugs, help expand. So much minor anti-social behaviour we encounter is committed by people unable to manage their own or their children's lives. I said 'pre-Victorian' earlier, because it was from the 19th century on that we began to share the more complex understanding of connections between mental health, poverty and crime that you describe in your article, and which the media and too many of our political leaders are determined to destroy in favour of shock-horror fear-mongering about 'feckless evil layabouts in our midst.' I'm not of the Faith but I do believe with utter faith that I am my brother's keeper, and that one of the greatest of parables is that of the Good Samaritan. Too many of us pass with ignorant trepidation 'on the other side' Thanks for your article Waseem.

Handsworth Helping Hands is doing their second 'Skip it, don't tip-it' day in Crompton Road today, with an extra skip at the top of Westminster Road...

Mindful of the connections Waseem's committee is exploring, I suggested to all our ward members they might look more closely into links between litter and social cohesion...and posted the letter on HHH's Facebook pages


Dear Ward Councillors
RUBBISH  AND SOCIAL COHESION
After Cllr Waseem's wise linking of crime and mental health and therefore social cohesion, it’s taking far too long to make connections between social cohesion and the state of the environment in Lozells and East Handsworth.
You know the effect of untidy, littered messy streets and frontages comes up again and again and again as a number one priority at meetings in the ward.
It was a priority for the success of events in Handsworth Park that there be almost instant clear-ups after big events there. This means people not involved are less likely to harbour uninformed, even racist views, about people using the park for cultural celebrations. Pollution poisons more than the environment, it sticks in people’s minds as a constant irritant stirring resentment in our community against others in the same community.
Rubbish wrecks relationships! Dirt is divisive!
How about a scrutiny of the connection between social cohesion and the state of our streets looking into the prospects of enhancing partnership between BCC, Veolia (why why do we not have a re-use centre like the one in Sutton Coldfield next to the waste depot there and why can these big organisations not to do more to educate citizens about street cleaning, advancement, contamination etc?), local organisations like HHH, and the community - street by street.
You should hear us in HHH transit van when we go out scavenging, grumbling and expressing our views about ‘feckless, dirty, lazy people who chuck out rubbish everywhere? (We are always polite in direct interactions with the public!)
If we are seeing our streets and making private observations about some of our neighbours like this, I bet others are.
Littering makes enemies of neighbours who could be friends! How about that for a maxim? Simon

Linda posted a set of images on the same day:


I took these photos whilst walking home from the post office today. 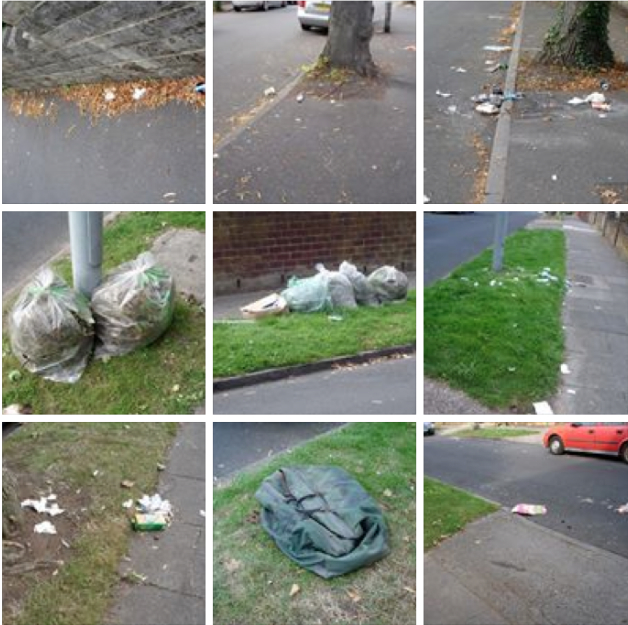 
Hello Simon
Thank you for your email. On behalf of the Councillors, I can confirm that:
1. We take all the Environmental Issues seriously.
2. We would like to see Lozells and East Handsworth Ward Cleaner and Greener 24/7.
3. We are trying various strategies to address this matter; this includes working in partnerships and increasing street the contacts and Environmental Groups.
4. We have now an agreed plan, that we hope to implement from September - trying to speak face to face with all the Residents.
5. We are seeking to expand Environmental Friendly Organisations/ Groups like HHH, to cover every street in our Ward.
We note the success of HHH - thanks again.
6. We are pleased that Veolia has now joined in - in this venture and will be offering some Grants to the Environmental Groups.
I hope you have accepted the invitation to the launch on Wednesday, 18 September 2013 at James road, Tyseley, Birmingham, B11 1BA, from 4.30pm.
We do invite your views on how we can improve on Keeping our Ward clean - thus tapping on your first hand experience, for the benefit of all.
Kind regards
Hendrina

My letter's a forlorn hope but I wanted to slip it in to the discourse. I want to refine and focus the narrative connecting messed up streets to community well-being. For the moment, there's neither the interest nor - equally important - the grasp of the problem among our local politicians, that would prompt significant attention to these problems. Littering like mental health is a 'wicked' problem.


'Wicked problem' is a phrase originally used in social planning to describe a problem that is difficult or impossible to solve because of incomplete, contradictory, and changing requirements that are often difficult to recognize. The term ‘wicked’ is used, not in the sense of evil but rather its resistance to resolution. Moreover, because of complex interdependencies, the effort to solve one aspect of a wicked problem may reveal or create other problems.

Litter doesn't matter enough compared to other things. It's unsexy compared to issues associated with crime, social cohesion, education, housing and immigration. But then you could say the same for mental health's conflation with crime - which is why it was so good to read Waseem's article. Hendrina's doing her best and has helped with some of HHH's work on the street; the best responses we can expect, a little baffling, but we appreciate the nice remarks about HHH. Things are being done by way of the placing of litter bins, the posting of notices warning of fines for flytipping, and the work of the council's waste services people despite ever diminishing funding, and HHH has been given a grant for its work in the Ward. A phone call to Nick Reid yesterday morning had one of his people dropping off a dozen pairs of litter pick-up gloves and a hundred large trash bags to help with the 'skip it, don't tip it' day. Nick will also send some of his people down the road with a council waste truck during the day, as he has on several other occasions when we've asked. Overall our impact on the problem is miniscule. I half suspect that the way we'll end up really getting attention and shared engagement with what I'm calling 'litter' and the people I'm calling 'litterers' with all the associated attitudes that go with such opinions, will be by focusing on sustainability and in particular the idea of recycling - not throwing things away, not wasting things.