The predominance of grey 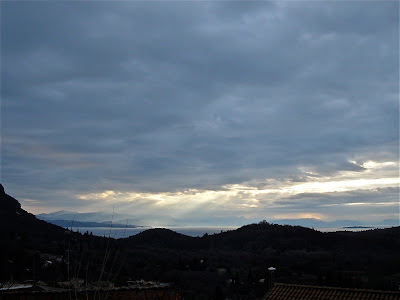 The ancient industry so refined today with surgery, that beaches women on men’s subjectivity. I was thinking of the 2010 film Attenberg where the main actress – Ariana Labed - doesn’t wear make-up and men are civilized, which against a backdrop of rain, grey seas, grey skies and system-building, depicts love, duty, grief, sex and death, and knows the firm difference between admiration and lust, that a daughter can imagine her dying father, Spyrou, naked so long as he’s no willie, while his tactic is self-censorship and respect for taboo.
The film’s not at all, as some critics - habituated to amplified expression - suggest, a study in anomie. It’s a slow movement, with time to think and feel. Like the predominance of grey the film has Greeks being deadpan, more stiff-upper lip than the old stereotypes once associated with the north where since the 1960s public entertainment has dispensed frenetic (sit in a British bar in Corfu, ex-pats clustered beneath a Sky screen, sound turned up to render all but expletives inaudible). 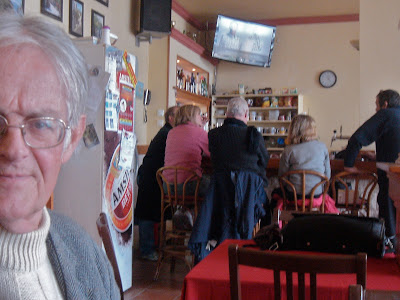 There are some sweet plays on words and, running through the film, consoling extracts from David Attenborough’s Life on Earth (he gave permission for their use and was one of many who helped finance the film); a deep and playful friendship between young women who do silly re-enactments down the dismal passages of their ‘bourgeois’ ‘modernist’ seaside surburbia, of the antics of courting birds or evzones doing their high stepping march before the tomb of the unknown warrior in Athens; and Yorgos, a boyfriend for the lead actress, Marina, who was expecting at 23 to find ‘it’ ‘disgusting’, who doesn’t behave like a ‘piston’. The mating scenes are the sweetest on screen - fumbling, funny, unembarrassed, intimate, porn’s antipode, its contagion’s antidote, as is the short scene in a woman’s changing room. There are choice images of the luke-hearted world of brochured undertakers, the sterile tactlessness of modern hospitals doing their best but having to charge – post-mortem - for an unwatched wide-screen TV, and the ugliness men have strewn on beloved Greece – a country, as the amusing stoic architect father says, that missed out on an industrial revolution, digs quarries and built a colony of factories on sheep-pens. The director is Athina Rachel Tsangari.


I want to have my own voice and I want to make my own language....Maybe one of my movies will be a blockbuster someday, but my way.

What craft comes from a budget where sets must be real places. 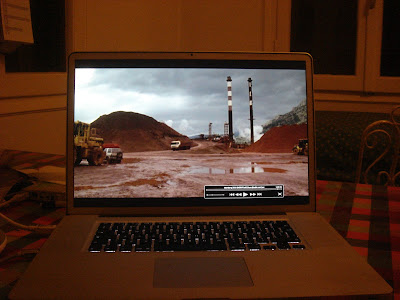