A thought for the festival - it is worthy. It might seem a cause for regret but Edmund Keeley and Lawrence Durrell and other 20th Century philhellenes would not have grieved at the news that A-Level Ancient Greek is to be scrapped by the Oxford and Cambridge Exam 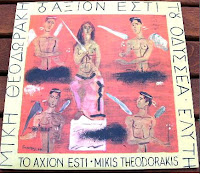 Board while Modern Greek A-Level has many thousands of candidates each year. This is all part of the notion that our future is invented in Greece - an old quern brimming with tears in which men may see a reflection of their sins but also their grace. ΤΟ ΑΞΙΟΝ ΕΣΤΙ.


Lest this sound portentous, I'm drawn to any endeavour to relieve the blight of poverty - material and aspirational. Being concerned about the role of government in this task is how I've earned my living. I happily give hours of voluntary time to local involvement in parks and allotments, and the urban fabric, the state of streets and community safety in Handsworth. I want democracy to work. I cycle and walk for pleasure but also to reduce my carbon footprint, recycling glass and paper and freecycling possessions. I lobby for green causes. Yet we own a sailing boat in Greece and have a home on Corfu to which we've flown as much as going by train and ferry. I yearn to lie in the sun and drink wine and sit at tables under an awning beside blue water and gaze at the sun rising over the mountains of Epirus, see the spinach green cypresses pointing through early mist below our village, the sun filtering through ancient olive trees on the low road to the coast. 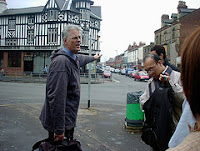 When Nikos Dimou suggested the best translation for 'the banality of good' was 'i koinotopia tou kalou' he added 'which is a bit Oscar Wildean'. Did he mean the phrase implies 'good' is boring compared to evil, like W.C.Fields saying 'I like children. Properly cooked'? Was he thinking of the long Harry Lime quip? 'In Italy for 30 years under the Borgias they had warfare, terror, murder, and bloodshed, 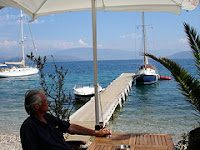 but they produced Michelangelo, Leonardo da Vinci, and the Renaissance. In Switzerland they had brotherly love - they had 500 years of democracy and peace, and what did that produce? The cuckoo clock.' Can good exist unstoked by depravity?
Posted by sibadd