Hanging out to dry ~ 'the nightmare of Greek history' 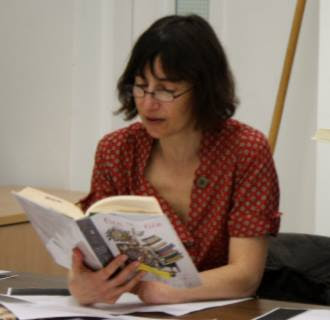 '...Under their thundering rage at Syriza, those who will vote yes are also afraid, not just of losing their privileges as some on the left would have it, not just of the deeper collapse that will surely follow default, but of being torn from Europe and the stability it’s meant, of being thrown back into the nightmare of Greek history.'

'As Greece fractures, old wounds are reopening' Maria Margaronis is the finest of commentators on her country - eloquent, informed, wise on how history waits in the wings.


These are pictures of two of at least 260 works made during the 1970s and 80s - by the sculptor Aristeidis Metallinos of the village of Ano Korakiana. With the support of the Metallinos family Linda and I with the sculptor's grand-daughter, Angeliki, are working on listing all the artist's works. Accompanied by titles and explanations these will be displayed on a website to be constructed over the next few months. These marble reliefs - a tiny sample - capture the laic sculpture's pungent ribald take on injustice. This pungency is only part of his work. See his record of the disappearing pastoral economy of his village - Ano Korakiana in relief.
**** **** ****
How I would vote in the Greek referendum
Joseph Stiglitz ~ The Guardian, Monday 29 June 2015


...And, sure enough, what we are seeing now, 16 years after the eurozone institutionalised those relationships, is the antithesis of democracy: many European leaders want to see the end of prime minister Alexis Tsipras’ leftist government. After all, it is extremely inconvenient to have in Greece a government that is so opposed to the types of policies that have done so much to increase inequality in so many advanced countries, and that is so committed to curbing the unbridled power of wealth. They seem to believe that they can eventually bring down the Greek government by bullying it into accepting an agreement that contravenes its mandate.

...By contrast, a no vote would at least open the possibility that Greece, with its strong democratic tradition, might grasp its destiny in its own hands. Greeks might gain the opportunity to shape a future that, though perhaps not as prosperous as the past, is far more hopeful than the unconscionable torture of the present.