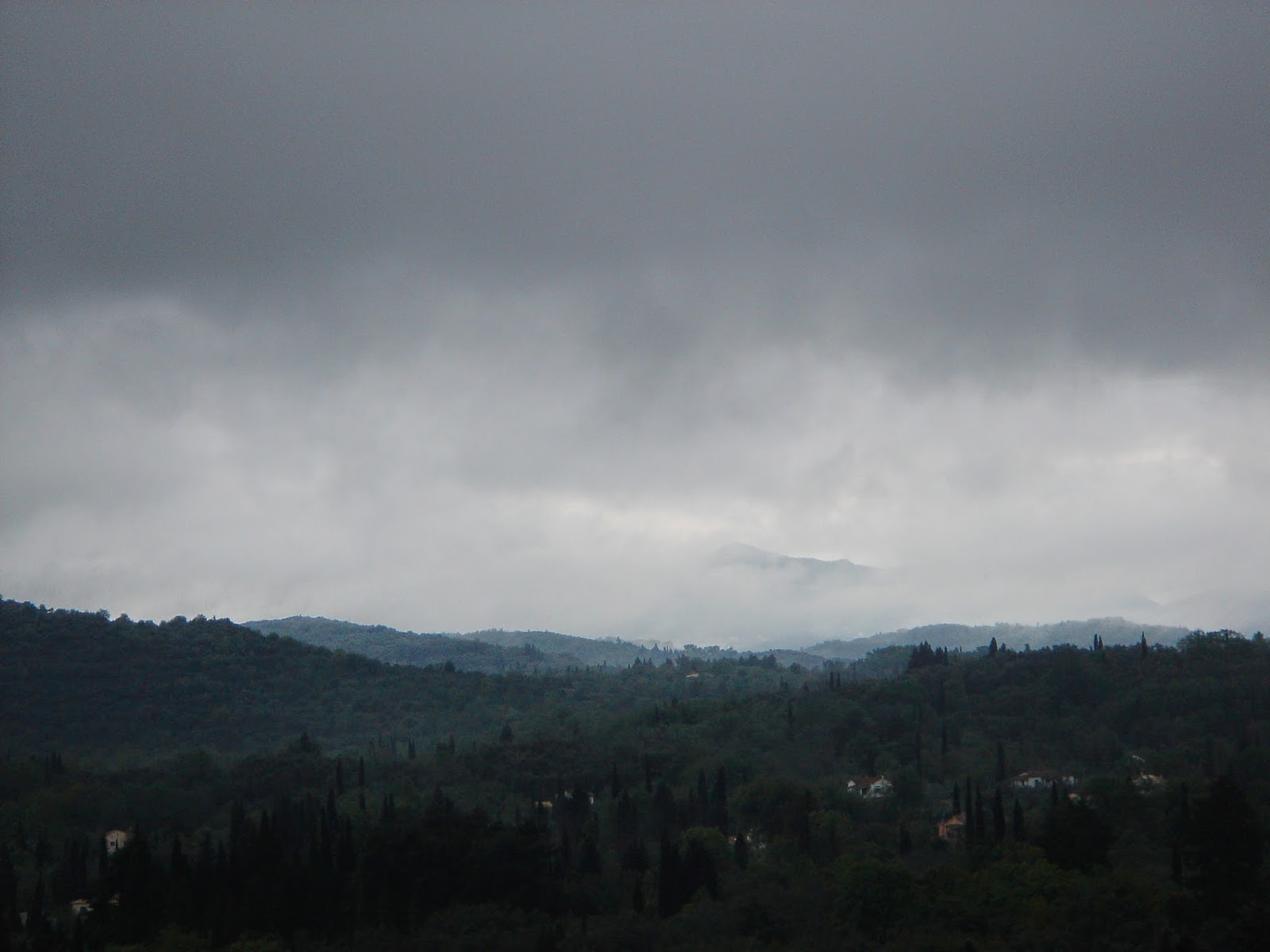 We are in clouds, driven by a breeze carrying spatters of rain from the east, enclosed in luminous grey.... 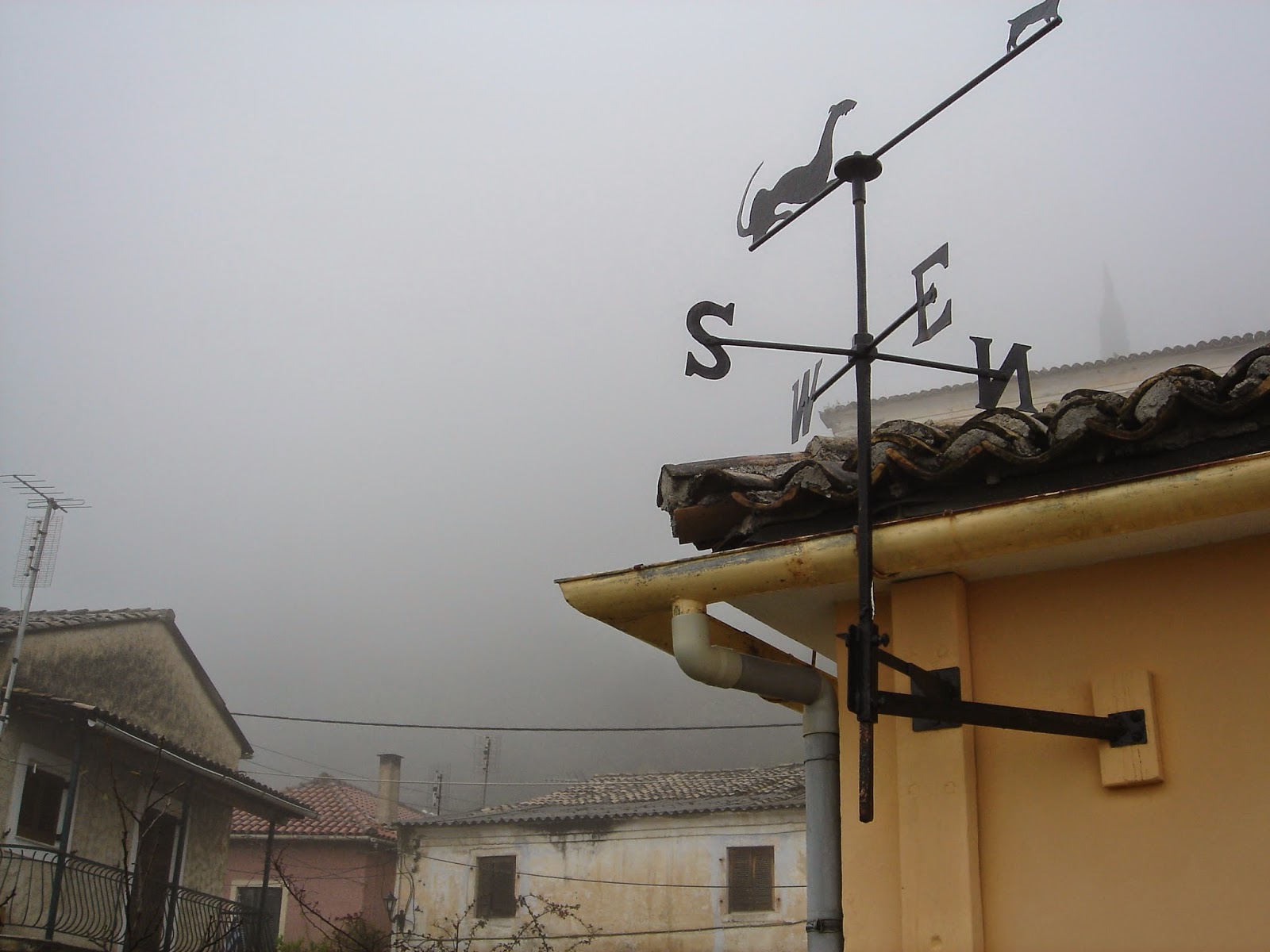 ...Compared to such a morning in Brin Croft, the chill has no edge to it. The household sleeps into the morning; I stepping gingerly down the outside steps to come back in through the front door to make myself tea and toast without waking anyone. Last night we were eating spaghetti with a feta’d salad of green and red.
“Come here Liz!” I said after the meal “Something to see”
“What?”
“Follow me”
Amy came too
“Be careful Amy” said Liz “Don’t want to lose the baby”
We trod carefully down the steps from the balcony, and down the sloping path that led behind our apothiki
“There!” I said.
Half a dozen fireflies were twirling and sparkling in the dark.
“I’ve never seen them before” said Liz.
Later Guy and Amy took Oliver down to have a look.
“Fairies” she said. One flew straight to Guy, landing on him for a moment.
The story of the dead cat - As she came by the top of our steps in the car to drive to the airport to collect everyone, Lin said “There’s a dead cat in one of the first parking spaces. Get rid of it, so Liz doesn’t have to see it” I got a black bag and gloves. The cat, probably struck by a car, was still in rigor mortis; easily bagged. As I approached the square at the top of the village I preferred to drop the lifeless tabby into the thick undergrowth of brambles and flowers several metres below the road rather than into a wheelie bin.

*** *** ***
The story of the cannibal child, Η ιστορία των κανιβάλων παιδιού – at Piatsa we were having a drink and a young mother came carrying her toddler who looked at Sophia, the baby daughter in Matt’s arms. We all thought the young mother wanted, as is often the case among parents, to make much of the other infant, and indeed she lifted her toddler towards Sophia. As the boy came close he reached out and grabbed at Sophia’s face, slightly scratching her; nearly making her cry. The mother appeared to rebuke him, presenting him again, as though to make amends to Sophia. This time as the toddler's face came close to Sophia’s, he opened his little jaws and reached forward to bite her. Matt had pulled Sophia away in the nick of time.
“He is very hungry” explained the mother, adding “He doesn’t do that with bigger children”
We were without speech. She hurried off.
**** ****
On Tuesday the world arrived and the house was as ready for them as Linda and I could make it. There arrived in Ano Korakiana, Guy and Amy with Oliver, and Amy's best friend Liz with Matt, parents of Sophia. 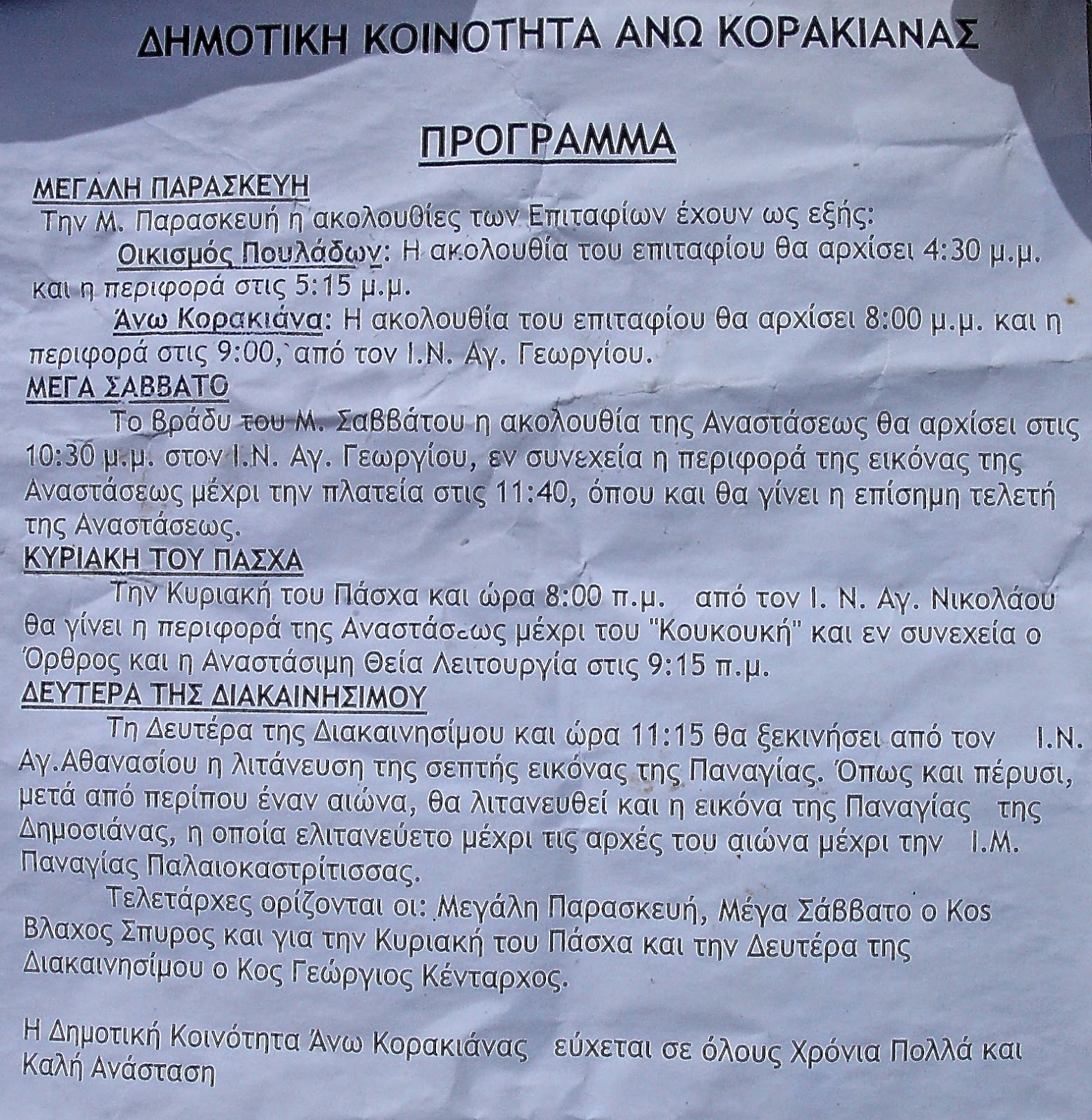 Easter's done. Great Friday and Great Saturday passed. It was - as ever - lovely, consoling and faultless - witness and celebration of all that's bad and good in men. I marked a cross in candle flame on our front lintel. On Monday the band walks the boundary of Ano Korakiana and I followed, walking and pausing, and walking again, beside and among Greek friends...

...my heart full, my eyes enjoying everything - especially the wild flowers and the pollen heavy bees working along the un-cut verges of the road below the village; my ears hearing the close sound of the band playing joyfully to celebrate the possibility of renewal; finishing with coffee, sweet bread and cake at St.Athanasios and the generous company of Korakianas. 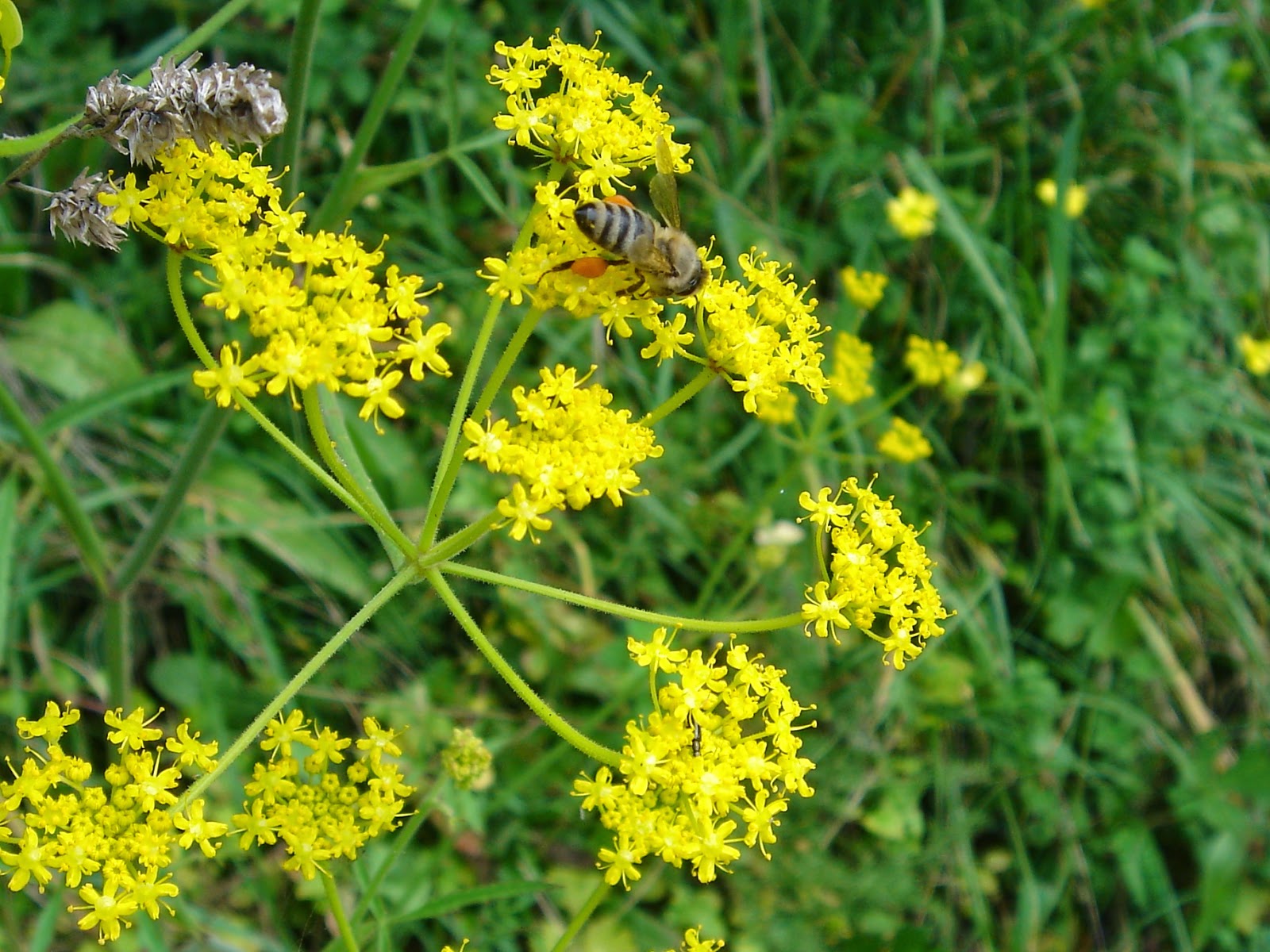