My plot in England 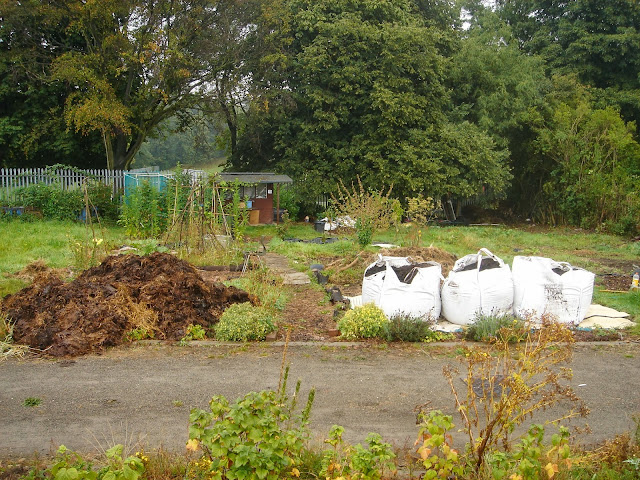 Before we left I sent the VJA site secretary a £35 cheque – being the £25 annual rent I pay, 50% reduction as a concession for being over 60, and £10 as my sub to the site association. I have been trying to work my allotment without spending money, as once a working man would have tried, would have had to. I did not buy equipment from garden centres. Our shed came via freecycle for the cost of its transport to the site where Lin and I and Imram put it up after I’d built a base from recovered slabs. At the end of August I made a decision and invested £210 in three tons of manure from Singletons Nurseries (0121 457 9977) and £160 for 3 tons of topsoil from Valley Contractors (0121 628 0600). Two trucks arrived on two wet mornings in succession. I paid the drivers in cash. In two days Taj had started digging in this expensive muck and dirt, so I didn’t need the tarps I’d bought on the internet – another £25 – to protect the delivery. I’ve asked Taj to dig thoroughly over the whole plot, making it my aim to improve what is widely agreed by plotholders I respect, is difficult soil. More stones and weed, especially couch grass, will be removed in the next few weeks. Hiring help and spending money is a set back for my ideas about growing our own food. I’ll again not have vegetables I’ve grown on our table at Christmas; my vow and proof of achievement. But I’m hoping that this working of the ground to which I’ve now added topsoil and manure will prove worthwhile. Taj is also removing more of the plot’s stones.

Hi Simon. Gill and I were pleased to meet Taj yesterday when he came over to introduce himself. The plot looks amazing, though Taj could put the stones in a heap or in a container to move them off the path. I'll have a gentle word and we'll look for the best solution…Enjoy your time away, and we'll see you in November. Best wishes, Danny

*** ***
I think Lin has found the secret of a reliable mosquito repellent. A mixture of surgical spirit in which she soaks cloves, γαρίφαλο, for two days, adding baby oil to ensure it stays on the skin. It's smelly but not unpleasantly so, except to the Corfu mosquitos that, so far, have been sparing us their vexing attentions since we've been applying the mixture. It seems to work for about three hours. 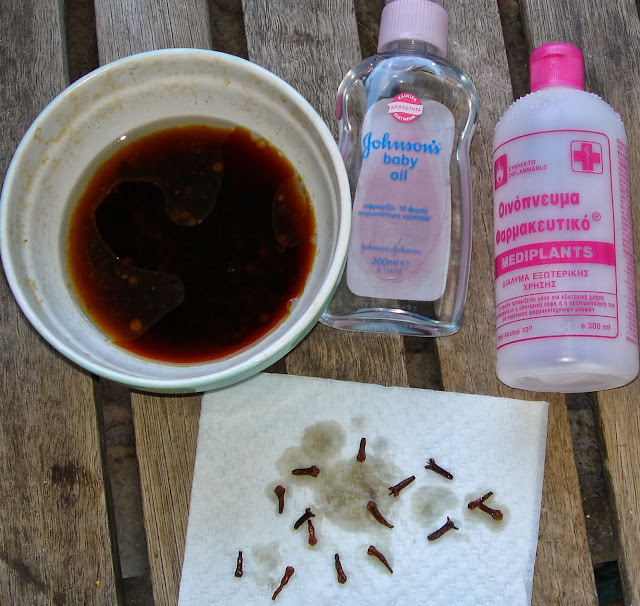