Above the city centre

One of the jobs we have to do is get our flat in a council tower block in the city centre ready for re-renting. Lin and I bought this place for ourselves twelve years ago thinking we might move into it when the children left home. Things have turned out different. We still live in Handsworth and now spend near half the year in beloved Greece - something beyond expectation at the turn of the millennium. We hold a long lease 15 floors up with views of the city, its surrounding suburbs and the countryside beyond.  We had a party for New Year 2000 up there.

The image between 0710-0730 is especially dramatic, with the reverberation of the fireworks setting off alarms in many parked cars. For all this, he flat began as an unpromising place, with the roof leaking, windows insecure and draughty, no block security, all the signs of drug use on stairways,  litter strewn about, unpleasant smells in the foyers - urine mingled with powerful disinfectant. Working with other residents - tenants and leaseholders - we've lobbied over the last decade to get these problems sorted, security doors installed and many improvements in interior and exterior insulation including new double-glazing throughout the block. As leaseholders we've paid for these improvements but saw this as an investment. Even in recession city centre residential rents have stayed stable while house and flat prices have increased there, partly because successive governments - central and local - have been striving over the last twenty years to make the city centre a place where people want to live, as well as visit.
The place is nearly ready. Lin has advertised it on Gumtree. 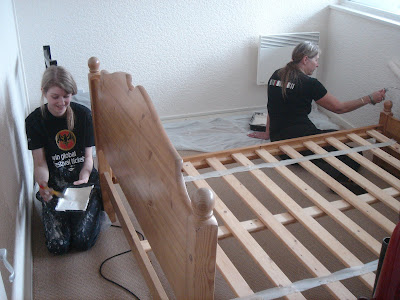 This afternoon she and Liz were finishing painting the second bedroom while I having done some minor tasks was working on my Greek homework - tested on these pesky inflective as they change with case - e.g. the = ο, η, το and στον, στην, στο for, into, at  and  in.
"Why do languages turn out like this? Why do we get inflexion?" I said in frustration.
All I've picked up on how language evolved among us humans is that we don't know although there is and has been immense speculation on the evolution of language. I dived into that in a hobbyish way. There's plenty about inflexion, but I wasn't finding answers on why. 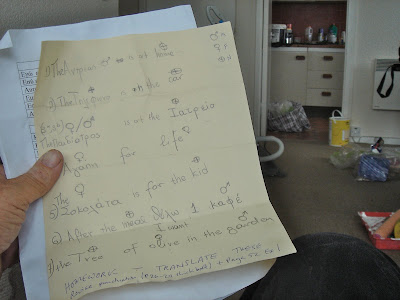 Niko is focusing on our attempts to get on top of inflexion, writing us questions to translate in a mix of Greek and English which match Greek sentence structure - note this especially in 7. These sentences - our homework - look so straighforward but I struggle with them. Lin had stayed up the night before getting them right. Now it's my turn:

We've also to describe as true or false a number of statements following exercise 4, page 52 - Μάθημα 4 Σελ 52 - in our workbook, constructing an answer that confirms or corrects each statement.....

As for the origin of inflexions

'..to convey semantic relationships' Hm.
An impulse of cruelty had me fooling Niko the other day.
"You do know, Niko, that as a condition of the latest bailout arrangement the EU-IMF bureaucrats are insisting on the eradication of a great many inflexions from the Greek language?"
For just a moment I fooled him. That's what it must feel like to be over a barrel.
How I'd love to stroll down Democracy Street and gaze over Prophet Elias - Προφήτης Ηλίας -   towards Epirus, walk on down through the village on the Kato road towards Sally's stables and Luna D'Argento, take a left on the stone track through the olive groves and cypress stands, then after less than a kilometre climb up a winding grassy path to the ruined church to sound its bell, stay a while listening to the bees, then walk home to the village. 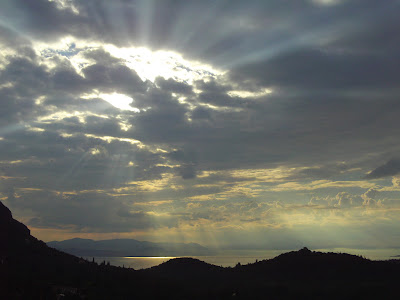 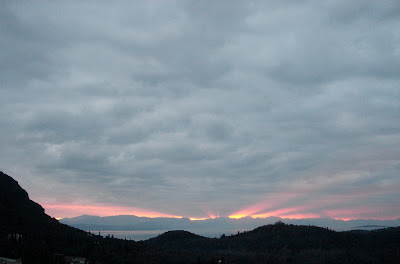