Ithaca or The City

So we made it back from Corfu to the Highlands for our daughter's wedding. Richard, our son, took the photo of Amy and Guy leaving Alvie Church. Now we're properly back in Birmingham. It's hot for England. Lots to be done in the garden. Trailing Oscar, I visited Handsworth Park

Many were enjoying the hot weather. Chatted with Keith, one of the wardens, about staffing uncertainties, and shared his frustration that yet another motorist had driven into the park wall on Grove Lane, distorting railings; smashing 10 feet of brickwork, just after the repair of similar damage off Hamstead and Holly Roads.
Peered through the railings at the Victoria Jubilee Allotments site. There's still a lot to do if they're to be ready by June 6th. Dropped into Apple in the Bullring to get my keyboard repaired, and raised with Nick M the possibility of tutoring in Greek. Amy and Guy came round - both back at work. I'm touting some new short courses, seeking to arrange another Leader-CEO video, going to a meeting on Tuesday evening about Black Patch Park, going to Warwick tomorrow morning to see Jonathan Davies to put together another bid to the ESRC, skyped Annie G in Bendigo, noticing she was her on line at one in the morning there; heard news of changes at the Durrell School and the success of last week's seminar, wrote a brief slightly garbled email to Thanassis and Katya in Ano Korakiana about building knowledge on what makes a village sustainable...and collected Richard from New Street after his Sunday flight back from the Highlands. He's assembling and editing photos of the wedding.
** ** **
I know very little of Cavafy - an humane and self-deprecating genius - a man who in the 1930s presciently described himself as 'a poet of future generations'. The introduction which guided me is Auden's. [He wrote 'I do not know a word of Modern Greek, so that my only access to Cavafy’s poetry has been through English and French translations.'] When Cavafy says 'you', he means himself. In his latest book about Epirus and the Ionian Islands, Jim Potts quotes lines from Cavafy - à propos Corfu - the last two lines of The City - to which I've added one earlier line:


There is no ship for you. There is no road.
As you have ruined your life here in this little corner,
you have destroyed the whole world.


Unlike Ithaca and Waiting for the Barbarians - often recited, more portentously than I suspect the poet intended - I'd not come across this poem. I looked it up. The City inverts Ithaca. The latter's a benediction. A prayer for a wedding. Your destination is less important than your enjoyment of the journey. Keep advancing the ETA. The City's an execration, a curse. Blight one place, you'll blight the others. Give up trying to find a place where the grass is greener. You carry the waste land with you. Thank you Jim..a new planet...realms of gold...peak in Darien. 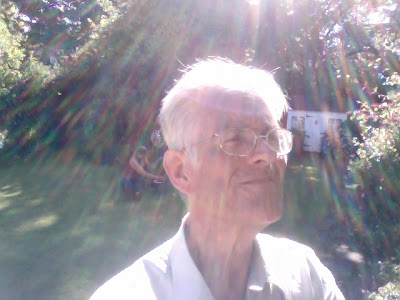 Anthony Hirst, until recently Lecturer in Modern Greek (and now honorary research fellow) in the Institute of Byzantine Studies, Queen's University Belfast, is a member of the Board of the Durrell School. Hirst has written a commentary on the parallel Greek text of a 2003 translation by Evangelos Sachperoglou of Collected Poems by C.P. Cavafy; introduction by Peter Mackridge, a fellow moderator at the same seminar. I've just ordered it, second hand, from Amazon. Reading about the challenges of capturing Cavafy in English given his 'braiding of demotic with Katharevousa Greek' I can see the especial value of publishing original Greek and English alongside each other. 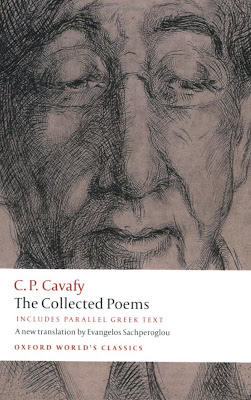