The curse of bottled water 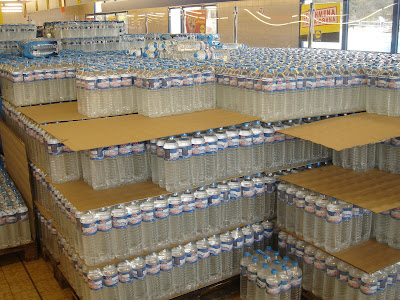 Driftwood serves for firewood, joinery, or interestingly shaped mementos. Unused by men it decays, having been cast on beaches since life began, but in my tiny lifetime humans have so fouled their groundwater that they can no longer trust their springs and wells, and many hesitate to drink from official reservoirs. Shrewdly marketed anxiety about health has created a global market for bottled water whose castaway containers get trapped among the rushes of lakes and ponds, clutter the banks of a thousand rivers, bobbing turgidly in shiny clusters against the walls of ditches and waterways, floating seaward to drift with the great ocean currents, accumulating advertisements for men along the shores of the world. Sea and wind drift this problem across borders strewing plastic along the Corfu shore. Corfu contributes (see Maria Strani-Potts) but is also the recipient of this unsightly harvest. 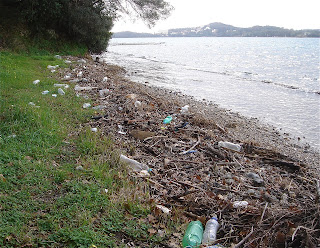 We buy bottled water now and then and we dispose of the bottles with care or use them for other liquids, but we shouldn’t buy this stuff in the first place. There are better ways for the rich world to behave. 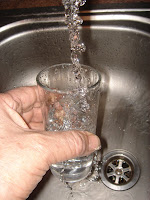 In Ano Korakiana the water comes sparkling from the tap, but on this island gifted with copious rainfall, no shop, as elsewhere, is without its stack of plastic bottled water. Clean water from taps should be proudly advertised on menus and publicised by its suppliers. 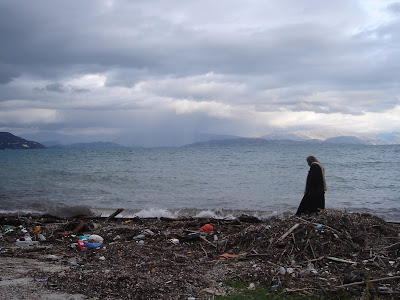 People are careless, but manufacturers should pay for research into biodegrading and clean ups. No doubt they do and much difference it seems to make. Yet while men bomb and children starve, I hesitate to rage against this blight, and if Ed Balls' conjecture that we face a depression worse than the 1930s, global in its reach, changing the political landscape for ever, events might bring us to stop fouling our nest, bring us towards a more ascetic future.


* * *
Greece isn't a direct member of the G20, which whose members next meet in London, amid great security and public demonstrations, from 2 April to try to agree on ways of sorting out the depression. I wonder if they'll come up with much more than the round table discussion organized by the Hellenic Foundation of European and Foreign Policy (ELIAMEP) and the Foundation for Economic and Industrial Research (IOBE), on 9 Feb '09, where there was agreement that:

a) there has not been a similar situation in the post-war period b) it is difficult to foresee the depth and duration of the crisis c) most probably we have not reached its worst point Greece must embark on 'a long-term programme of structural, fiscal and institutional adaptation focused on competitiveness, supporting the economically weaker; restarting the economy with widest social consent; moving away from financial profiteering, concentrating on key sectors of growth; determining the balance between private and public sector, including dealing with the phenomenon of party-dominance that constitutes one of the basic factors holding back the Greek economy.'