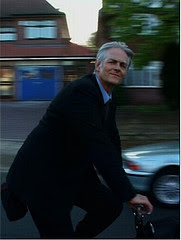 I have just seen my car driven away by a friend who's got it for free. I've been 'deciding' for 5 years - maybe longer. But the final decision to be rid of it came a week ago, since when it's sat in our drive, insurance cancelled. It helped that the cost of repairing its transmission was assessed as more than its worth. I have not been without a car since the 1960s. This evening is a moment long anticipated, regularly postponed. My family seem to have had cars since they were toys. I recovered an old photo of Barbara Maine, my maternal grandmother Bar, in her Peugeot smoking a cheroot.

I recall having some of my happiest childhood times in cars, with my family. What I best remember (something written about and filmed at the time) is the accessibility to places all over Britain we got from having a car in the 1950s. I realise we drove - 50 years ago - on roads that most people now see in absurd advertisements - filmed on locations in Croatia or Albania. My mother and step-father were writers and journalists through the late 1940s and '50s. Cars were part of their salaries. We had the means to drive. We would arrive at places where there would be no cars for miles - or very few. We could park next to beaches, cliff tops, and high ridges with mighty views (see what I mean about advertising?). We reconnoitred long, lightly-paved rural lanes ending in cul-de-sacs where, after a word with a the farmer, we set up tent and fished in clear trout streams. We ate our catch fried in butter. I was often very happy - innocent of being in a vanguard of social change. 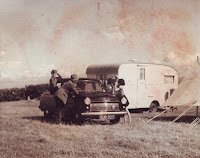 My step-father remarked once, when I was going on once about the 'beauties of the countryside' (I was a literary youth) that this sort of thing wouldn't last. 'We're doing things the very rich could do. Now we are doing it. Soon everyone will be doing it! We're part of the rot.' In later years he observed that the central dilemma of socialism (quoting Bertrand Russell) was that 'you can ruin anything by making it available to everybody.' From the mid '60s, life on the open road, new motorways notwithstanding, became increasingly closed. The freeway became unfree as more and more people, understandably, sought access to a possession we'd enjoyed more exclusively. The freedoms promised by the advertisers of cars became more and more conditional. Friends of friends were killed in them and by them. I started travelling abroad to get away from the crowds in my own country - often walking and relying on trains and buses when going to lonelier places that were still places. Travelling with my wife, we seldom returned more than twice because we could always see material prosperity spreading - as it rightly should - but in the process blighting the quietness and slowness of more self-sufficient economies we'd visited as guests rather than an important part of the new local economy. We saw fishing boats laid up and replaced by marinas and yachts. We saw heritage signage spreading, as places became consumer items and we became harvest. We too had been consuming but we'd usually enjoyed the only table in the house.
In old age, my father said


'The only places left to live will be the cracks between the concrete. I advise you to to live in places already ruined. Maybe you will find the wisdom to make them better in some new way none of us understand." 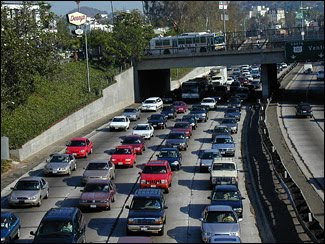 Photo from Richard Risemberg's 'Bicycle Fixation'
I did not revisit my childhood experiences of motor touring until 1995, when with my young children we toured the Peloponnese in a hired car. We had had help from the Greek half of my family identifying still isolated areas of the peninsula. The motorway southwest from Athens was under construction. We drove en famille from Athens via Corinth and Leonidi, Sparta, Kalamata and Messini to Pylos on almost empty roads, stopping when we wanted and having picnics, strolling together through ancient ruins. Stopping high in the Taygetos mountains in Lakonia (the point from where this summer's conflagration spread) one Sunday evening and hearing silence under a black sky pierced by a million stars (normally hidden above the yellowing pall of light polluted England), with no sound except the cooling cracking of the car, hot from ascending a narrow zigzag road where we encountered no other vehicle for half-hours at a time. I took joy seeing my little daughter and wife who, unlike me, had never been to Greece, walking among the remains of a civilisation I associate with my roots as well as my present family. 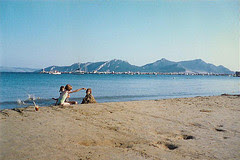 The car took us to the edge of beaches and right up to tavernas where we could park and walk to a table. Only once an ill-judged detour 'to see the sea' at Koroni jammed us into the narrow walking streets of an ex-fishing village grid-locked by visiting motorists - foreign, and the new expanding Greek middle classes, and us. Back in England I saw this holiday as an anachronistic replay of my motoring childhood and realised I could not keep trying to stay ahead of people with the same aspirations as myself but slightly further back in the rat race. I had to start thinking about my step-father's old age advice. I kept my car but reduced my annual mileage below 3000. My favoured way of getting about became my feet, my bicycle, train or bus, while car ownership just went on increasing. I have indeed found contentment and interest in the cracks in the concrete. I have watched wild fowl, inland seagulls, herons, urban rats, and foxes along canal towpaths, passing beneath the pillars of raised motorway junctions as I've cycled and walked the city, threading its congested roads and alleys free of worries about gridlock and parking. I have enjoyed picnics in the shadow of dilapidated industrial ruins. I've campaigned for more urban green space, for education for sustainable living. I've chatted across the rich world in cyberspace to like-minded people about ways to solve that central dilemma of making the riches of the world available to everyone without destroying it. 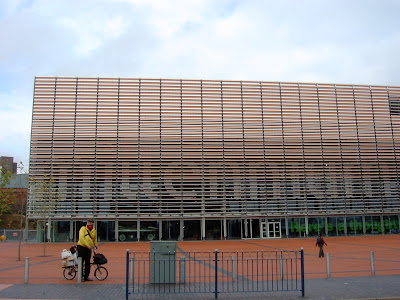 I've tried to imagine cities where more people will want to stay and make them into real places again instead of dismal, narrow economies where they can earn enough 'to get away.' I have found the roots of such cities in my own home town, as I walk and cycle about. Anyone hearing moralising in these reflections, should know that we fly to places still, that there's still a car in the drive (my wife's). My daughter has just bought her own. We are profligate with energy. This is more about about ending my long taken-for-granted relationship with the car - my auto-dependency. It's been a gentle separation, then an amicable divorce from a long and increasingly jaded marriage of convenience.
[A piece I wrote 7 years ago about 'Cutting my car use']

[Back to the future 14/01/08 Alex Taylor, Fortune senior editor: DETROIT (2008 Detroit Motor Show number) -- If you are looking for some insight into what the automobile of the future will look like you could do worse than talk with Tom Lane. An American, he runs all of Nissan's Product Strategy and Product Planning from his office in Tokyo. Unlike most executives, he welcomes the imposition of new U.S. fuel regulations that mandate 35 miles per gallon by 2020. "It is not an issue" for Nissan (NSANY) he says. He expects the new regs to drive more small cars, improved technology, and a broader variety of shapes and sizes, as designers try to get more variety out of similarly-sized vehicles. But he points to some discouraging global trends that don't bode well for the industry. He notes that consumers in Japan are losing their mojo when it comes to cars. The population is aging, and younger drivers would rather spend their money on new cellphones and Internet access." Japan is increasingly not interested in new cars," he says. The population in Europe is aging too, and Lane sees similar ennui spreading there. As car ownership becomes more expensive and cities increasingly impose congestion pricing on car usage in center cities, he sees car owners switching to mass transit for their daily commute, and then renting cars for longer trips. "The U.S. is headed that way," he says. "The challenge for us, going forward, is a more interesting offer. Doing a better Sentra or an Altima isn't going to do it." [Review article 'Reducing our dependence on the car', Local Government Studies (2000) 20:1, pp.101-110]

[Back to the future. AlterNet piece on driving cars in July 2008]

[Back to the future 11 Oct 2009: The auto industry frets over young people's lack of interest in driving]

[Back to the future 14 Oct 2009: Oil ~ From extraction to consumption: an exhibition by Edward Burtynsky]