In the last 18 months we've travelled to Corfu four times, first by air, then by air, train and ferry and by train and ferry only. For train and ferry information visit the award winning website The Man in Seat 61
Contact me and I'll be happy to send examples of itineraries with prices for our recent journeys between Birmingham and Corfu and inexpensive places to stay in, for instance, Rome or Brindisi, if you're not sleeping on train or ferry. I'm used to flying but I'm interested in reducing my carbon footprint. In 2007 Trains and ferries seem expensive when compared to package air fares, but we anticipate cost differences between slow and fast travel getting less. Regards, Simon

Do you drive a car?

I drive occasionally. Used to enjoy it, but got to dislike it more and more as the roads filled up and Jeremy Clarkson became popular. I don't like jams, want to avoid speeding and parking fines, hate speedophiles, but don't want to get enmeshed in the regulations that surround driving on the 21st century's closely monitored roads. I'm also aware of the damage our driving does to people and the land. I've come to detest urban sprawl - what's been called 'sloburbia'. Here's my review on Amazon of a book about relieving cities of car dependency.

As someone who doesn't like having their travel restricted I have largely freed myself from my own car and want to free myself from the consequences of other's dependence on cars. But my family drive, taking the test as soon as they could. I'm not religious about it but I prefer cycling or walking all year round and travelling by train and bus. I support Carfree Cities. Simon

Extract from my review in Local Government Studies, December 1999, of Sustainability and Cities: Overcoming Automobile Dependence by Peter Newman & Jeffrey Kenworthy (1999): The car, once it ceased to be an indulgence of the rich, always represented a balance between liberation and dependency. Today, the choices promised by cars are linked transparently to those they take away. Everyone knows about exhaust

emissions and most drivers, outside advertisements, experience worsening road conditions. There is growing despondency among those who would like to use their cars less. They realise alternatives won't work unless people switch in large numbers to other ways of getting around. But the public space needed to take to the streets to walk or cycle and take trains and buses is unavailable. Many see public space as hazardous for themselves, and perilous for their children. Deprivations long imposed on people without cars apply, with increasing force, to people with them. New technology may reduce vehicle emissions. It cannot recover the enormous interaction space taken out of circulation by road traffic. Before that lost social space can become available for people outside cars, a legal and moral space has to be reclaimed.

In 2006 the global car industry put more cars on the road than ever, but more and more cities are pushing to decrease their dependence on cars, make better use of land and improving public transport. 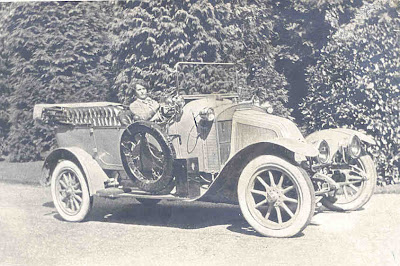 Indulgence of the rich: my grandmother smoking a cheroot

Indulgence of the new rich: threading the jams
Posted by sibadd