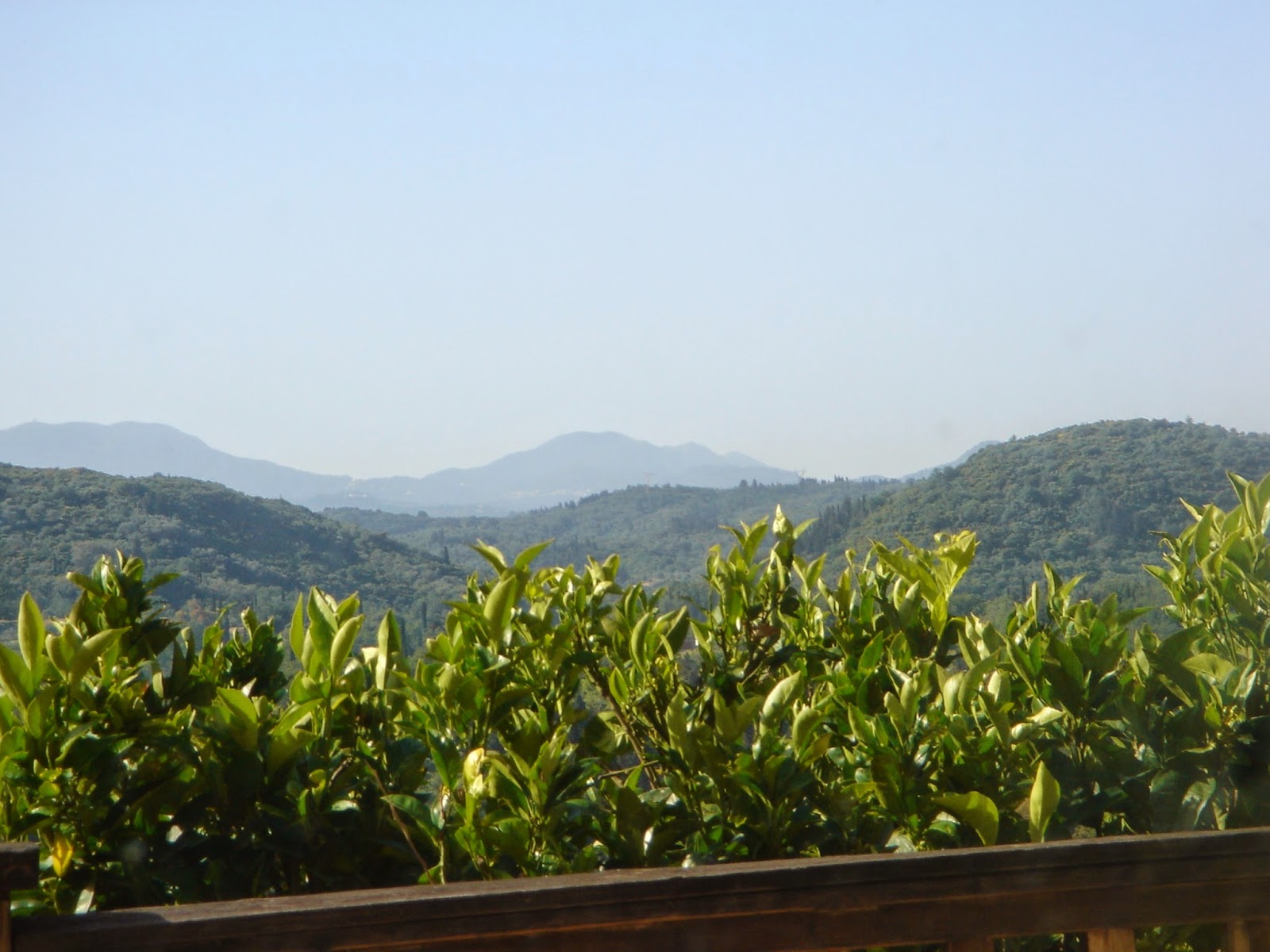 Monday afternoon into the evening our sky was covered with high and unfamiliar mackerel clouds. On Wednesday morning the weather at last changed. Abruptly cold drinks are nectar; shirt sleeves sensible. 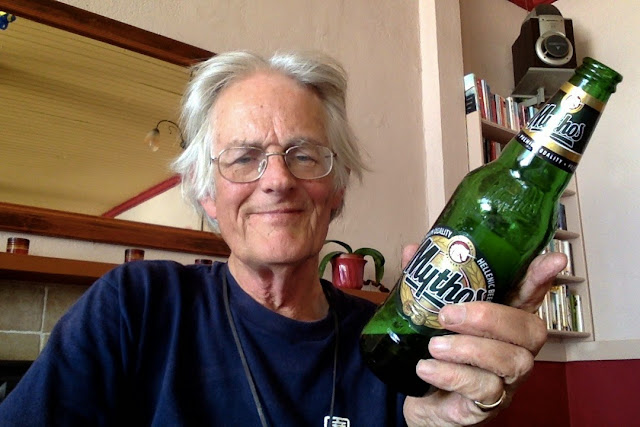 Insects and spiders are out, and everywhere. 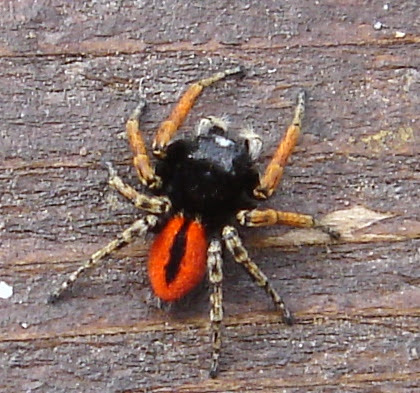 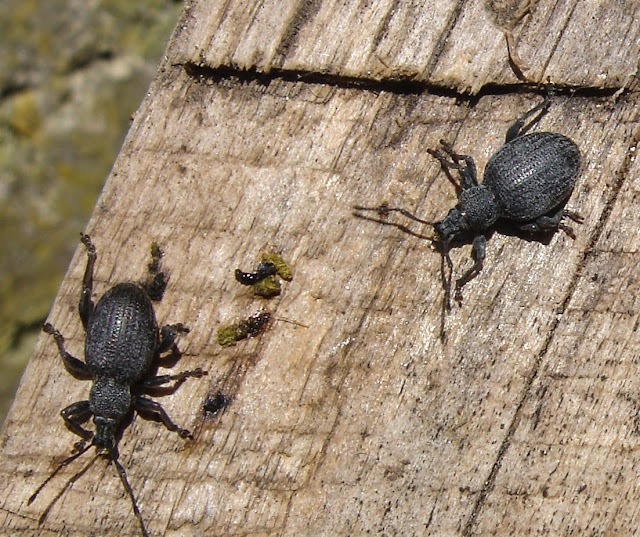 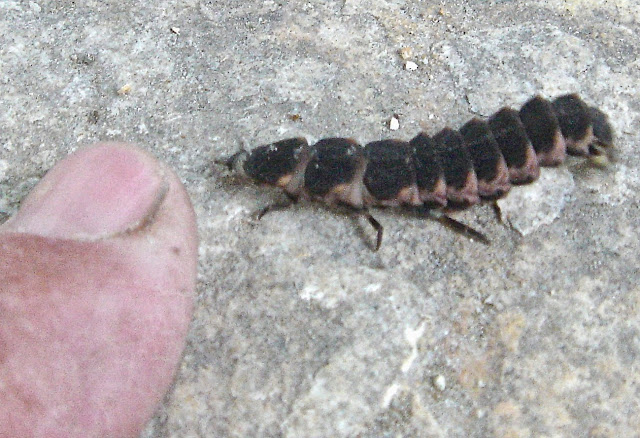 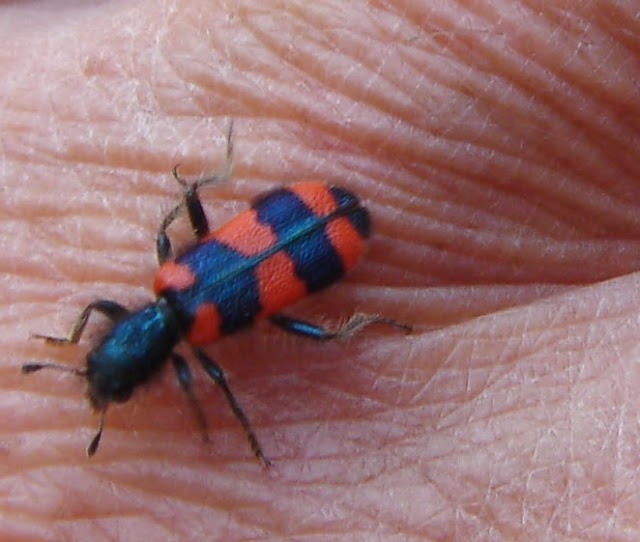 This morning after I'd hung the washing I drove down to the harbour at Ipsos and took Summer Song out, to rehearse the new engine - with a phone call to Dave to ensure exact procedure - and once outside the harbour turned off the engine and using just the jib jaunted up and down the Ipsos shore, before returning and docking without incident. The gadgetry for furling the main from the cockpit has yet to be installed but I want to get used to sailing again - and I want to become accustomed to our boat's renewed engine. I'm pleased enough to do a selfie of a selfie.

Yet just before I went out I spotted the crew of the old Westerly with whom I shared the harbour. I introduced myself; Shauna and Russell. ... 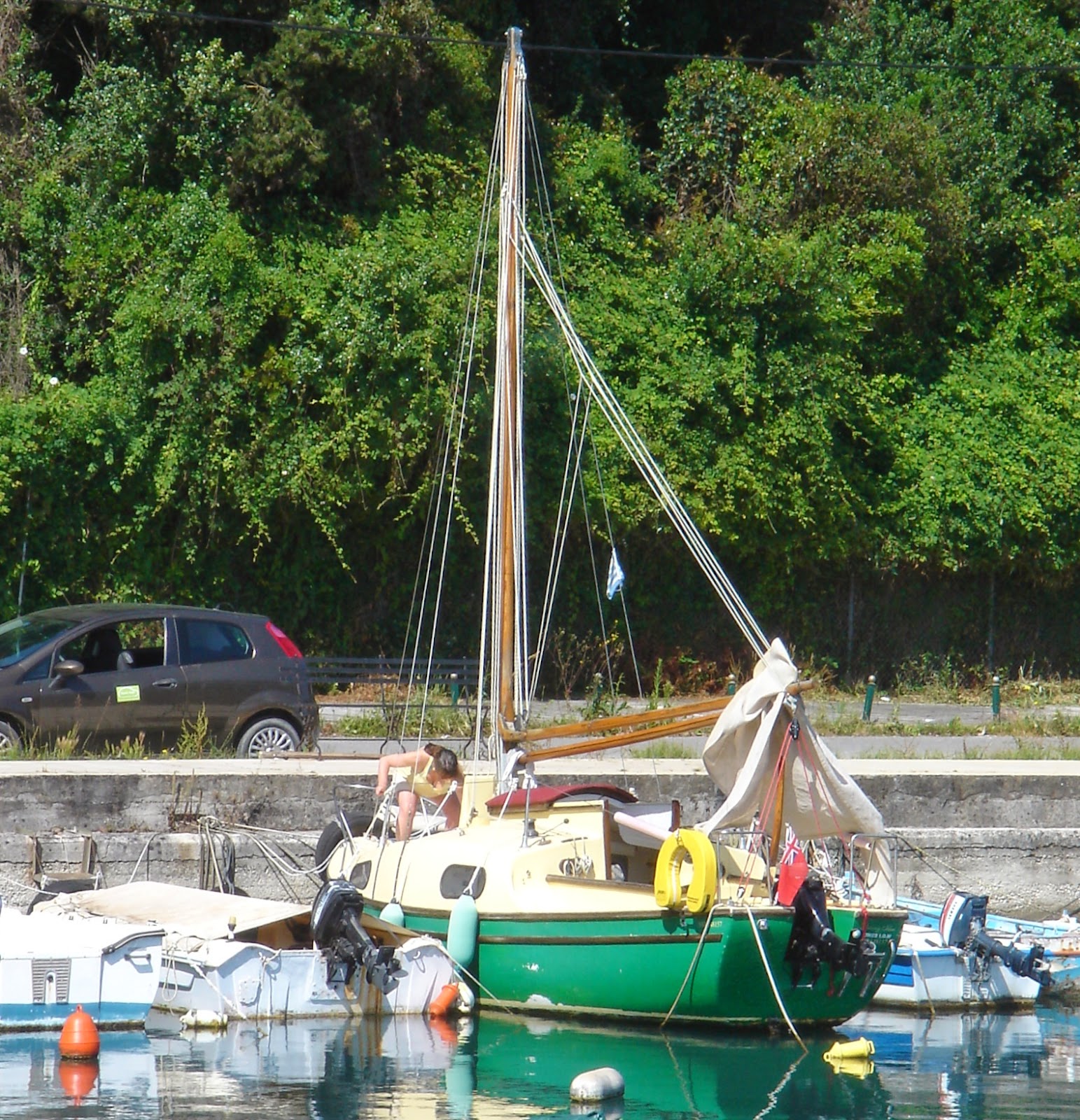 They'd heard of me via Cinty and Paul who'd told me the tale how this 22' gunter-rigged twin keel GRP yacht came to be in Ipsos, after being sailed to Greece from England. Russell generously invited me on board.
"No no, you're busy"
"No come on. Really."
I leaned forward to board and as I stepped onto her bow, I tripped - arse over tip; this on a boat I thought I knew in my sleep! I didn't hurt myself, and as for bruised esteem, I'm now too used to being an old fool on small boats. They make me feel my age more than anything. Russell had done a lovely restoration job on the little boat. She was as ship-shape as you could have asked. Denys Rayner, her designer, would have been so delighted to see how his first fibre glass creation has lasted the fifty years since she, and her sisters, were came off the Waterlooville production line in the early 1960s.

*** *** ***
Richard Pine, who we'll be seeing tomorrow in Perithia, has published a piece about Greece's recent local elections in the Irish Times:


On my terrace, the breeze lifts the olive leaves from green to silver; at night, the garden lit up by teeming fireflies, I hear the mating call of the skops owl. It’s difficult to think that upcoming local and European elections are causing heated debates just 200 metres up the lane at the village bar.
Greeks can be very argumentative. The raised voice and clenched fist are merely ways of saying, vehemently, “Sorry, I don’t agree with you” or “What kind of eejit are you?” Only in extremely divisive situations, such as led to the civil war in the 1940s or the military junta (1967-74) does it provoke violence. These days, there isn’t enough energy to drive an ideological buggy, let alone a war.
Actually, Greeks hardly care about the European side of it. But they have a greatly diminished voice in local affairs: in Corfu, where I live, the 13 municipalities were amalgamated, with a single mayor who doesn’t even know where our village is. The roads are so bad, we need a “pothole candidate”. So they care deeply about how they are represented locally.
The outcome of these elections will be a barometer of public opinion, and Prime Minister Antonis Samaras may decide not to go the full stretch to 2016.
At national level, Greeks’ disillusion with all political shades has been reflected by the parliamentarians themselves, sensing their own impotence as decision-makers, and leading to a fragmentation of the larger parties.
Since 2010, at least nine splinter parties have been formed, some by principled MPs who could no longer support the government, others by careerists who are far from principled. Very few have any hope of gaining the 3 per cent of the national vote which is the threshold to parliament.
In 2012, necessity threw together the traditional rivals, New Democracy (ND) and Pasok, into an unholy coalition: it started with a sizeable majority, which disaffection has reduced to a mere two seats, due to voting on a multi-purpose law forced through at the insistence of the troika. This law, much feared by vested interests, provides for deregulation of protected professions and increased efficiency and redundancies in the public service. The coalition’s “satisfaction” rating has sunk to 20%.
In a general election, the party with most elected MPs is awarded an extra 50 seats and is asked by the president to form a government. Opinion polls depend on who is calling the tune for the way they describe the political spectrum.
But in general terms, ND and the chief opposition, left-wing Syriza, are neck-and-neck on 20% to 21% apiece. If this held up in a general election, it would give the winner 60-63 seats, plus the 50-seat bonus, still 40 short of even the slimmest majority.
The issue would then focus on a coalition partner. Pasok, which for decades was regarded by many as embodying the postwar state, has sunk so low (less than 4%) that its chances of forming any coalition are negligible. Like Fianna Fáil, in similar circumstances, it is desperately trying to rethink its identity and its relationship to the people.
Until very recently, the fascist party, Golden Dawn (GD), was running in third place: at the height of its popularity, it had 12% of the vote, but its involvement in criminal activities (including murder and arson) and a report highlighting its infiltration of the army, police and judiciary, has seen it drop to 8%. The rise of the very new “Potami” (River) Party, on about 9%, seems to have pushed GD into fourth place.
Of the other new parties, only Independent Greeks (4%) and Democratic Left (which quit the coalition last year, and is now on 3%) are in the frame. “Burning Hot Greece” (I kid you not) and EPAM (United Peoples Front) are among those without a snowflake’s chance in hell.
Most voters are apprehensive that GD might hold the balance of power in a new parliament, without necessarily being in government. But they are equally aware that the highly principled and well-intentioned Potami, with what seem to be sensible, popular policies, is completely lacking in political experience. This may appeal to those who are fed up with the current politicians, but it is not a great recipe for pragmatic government.
The increasing European phenomenon of popular support for right-wing parties will not be entirely reflected in this month’s polls in Greece: there is an undercurrent of discontent with the present political spectrum, which would hope to see other methods of determining Greece’s return to stability, self-confidence and self-respect. Personally, I’d support the Firefly Party: it makes no promises, only comes out at night, and lives a mere two to three weeks.

I know that one of the things I'll want to ask Richard about is the report about Golden Dawn's infiltration of key Hellenic institutions. The Rosa Luxemburg Stiftung, a research foundation with a branch in Athens since October 2012, came out with a Greek authored report that mentioned the church, the army and the police and most troubling, the judiciary.


A detailed study into the intrusion of ultra-right ideology into four key state institutions in Greece has found that while there is an obvious problem in the military, police and Orthodox church, the issue is most problematic when it comes to the judiciary.
The report says that while the situation in all "four institutions is quite dangerous ... the hardest case is the Greek judiciary" because of its constitutional status and also because of the generally deeply conservative worldview of its members, which is reflected in many of their judgments.
"What we found out is that, of course such penetration exists in terms of ideology, but we are certain that you also have enclaves, where this ideology transforms the informal structure," the report's editor, Dimitris Christopoulos, associate professor of political science at Athens' Panteion University, told EnetEnglish.
He adds that the complex interrelations between right-wing extremism and the Orthodox church, police, army and justice "reveal the imperative need and remaining challenges to democratise the Greek state and society".

*** ***
Our neighbour Katerina has an estancia near Skripero on which she keeps the chicken whose eggs she's given us on three recent occasions; small eggs, muddied with strong shells which break to reveal firm yokes. Yesterday morning I grated an onion and potato, cut small pieces of bacon. Fried them and added three eggs to make an omelette to die for. Sprinkled with parsley, Lin and I shared it for breakfast. 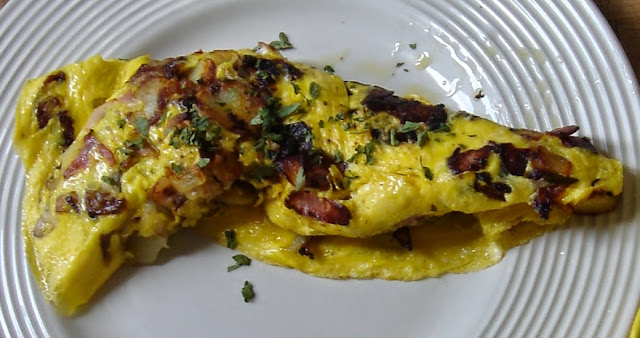