My allotment is surrounded by unworked plots. Imran took over plot 13, west of mine, in May 2012. After a few day's enthusiastic work he disappeared. I've not met him, though, odd chance, someone called Omar was chatting to me in the park, asking about Handsworth Helping Hands (he'd seen the banner on my bicycle front pannier); said Imran was his friend.
"Next time you see him" I said "can you ask him to work his plot". 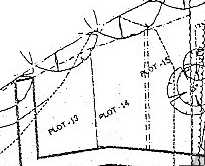 Chris R has left Plot 15 to work, since Christmas, a few square metres of Plot 14. What he's planted is being steadily smothered by lengthening grass, dock, nettles and wildflowers. I have made some slight progress on 14 since I took it in June 2010 on the opening day of the Victoria Jubilee Allotments, but there's far more to do. It's partly the limited time I have to give to it, partly my lack of gardening craft, partly my failure to find someone else to work the plot with me. Nearly everyone admits the topsoil, spread by the developer under the S106 Agreement that included all 80 plots, is rather unfriendly - full of spade blunting stones, bricks and other human rubbish, but I've cleared much of that. I've dug over the whole plot, so even where it's grassy digging is easier than it was. I've put up a shed, added a veranda, paved around it, set up a composting space, made paths, planted small fruit trees, made a small lawn opposite the hut; and looked after the flower borders that Lin laid out next to the path before removing allotment gardening from her long 'to do' list. 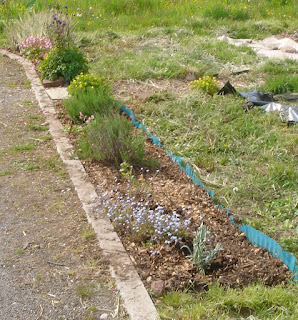 The thing that really matters is to grow vegetables. I persevere. I've managed to grow a few potatoes, some cabbage, and sprouts, a few onions, runner beans and broad beans - small crops only. Last year was especially wet. This year has been cold into May and even June; but those are excuses. Others have succeeded in growing plenty despite the wet, the onion fly and other pests. Right now I have a line of spinach, some Jerusalem artichokes, a few more potatoes and some garlic. I've just planted a marrow, some broad beans and runner beans, and more potatoes. Now and then I get morose, when I see the amount of uncultivated space on my plot and, despite my efforts, the spread of unwanted grass and wild flowers instead of neat and reliable rows of vegetables. I failed last year, but I maintain the hope that I can present Lin with vegetables from the plot to cook on Christmas Day.
On a more sombre note we have not been able to vote ourselves the local leadership an allotment site needs in this economy. Here we sit on land - a green field site - of great worth for building the new houses the government wants to meet current demand. If nearly every plot was being worked. and the site ran regular events to attract new gardeners, especially young people, using the VJA to draw attention to the importance of DIY cultivation of fresh organically grown vegetables we'd be less vulnerable. But as council's raise allotment rents, and plots get abandoned or hardly used, certain iron rules of land use economics may all too easily begin to apply. The VJA could be vulnerable to suggestions that plot size and numbers be reduced, and in return for certain community contributions, a further part of a site once given wholly to allotments may be the object of an application to build more houses. It's unlikely at the moment, given the political history of the space, but given my estimate that each VJA plot could be worth a good £25,000 as development land, I wish our association was infused with a greater sense of urgency.
"If you're so concerned why don't you get involved?" someone might say
I vowed to myself when I took my plot that my involvement with allotment politics - a ten year campaign to save the VJA from being entirely built over - would cease. That I wasnted to prove to myself that after being off the land since the start of the industrial revolution, the descendant of six generations of embourgeoisement, I could take over a relatively small plot of soil and make it grow me vegetables. I'm trying. There's little question that with few exceptions, the VJA is, like many allotments, a middle class place, rather than a site that reflects the historical purpose of allotments, a phenomenon of urbanisation as working people were driven from the countryside to the cities by modernised agriculture and industrialisation and needed to feed their families. Now on the VJA we see people arriving in shiny cars, using expensive gardening tools, strimmers and cultivators, garden centre sheds and polytunnels,  intent on leisure, recreation, exercise and fresh food free of commercial agribusiness additives and for some  a desire to play their part in creating sustainability!

What a culling there's been since the day three years ago when the place was finally opened and keen new applicants queued to sign up for plots.
Opening day of the Victoria Jubilee Allotments from Simon Baddeley on Vimeo.

My Australian friend John Martin, Director of the Centre for Sustainable Regional Communities in Bendigo, said gently to me a while ago "I wonder, Simon, if you're not more interested in the idea of an allotment, than actually working one". That's proved too true for many.

There are sheep who've persevered, who clearly draw food from well worked plots, but there are goats, once enthusiastic, separated from them by two bad summers, the ravages of insects and birds, the difficulty of our stony soil and most of all, I suspect, the contrast between idea and practice.

*** *** ***
I took the films and tapes of Out of Town back to the archive on Monday morning, having dropped off six film-tape pairs at Chris Perry's house over the weekend. I donated £10 of diesel. Denise and I drove to the Holford dump with the rubbish collected from Jo's garden in our road, and I took plants to an address in Havelock Road that volunteers will plant in a flowerbed in Leslie Road.


In the afternoon I returned the van to the park compound and walked Oscar back through the park to the allotment, then home where we're preparing to head north on that once happy journey to the Highlands where there's melancholy work to be done at Brin Croft. Thank goodness for the company of Lin who always drives, and Oscar, who's prancing with anticipation at the familiar trek. 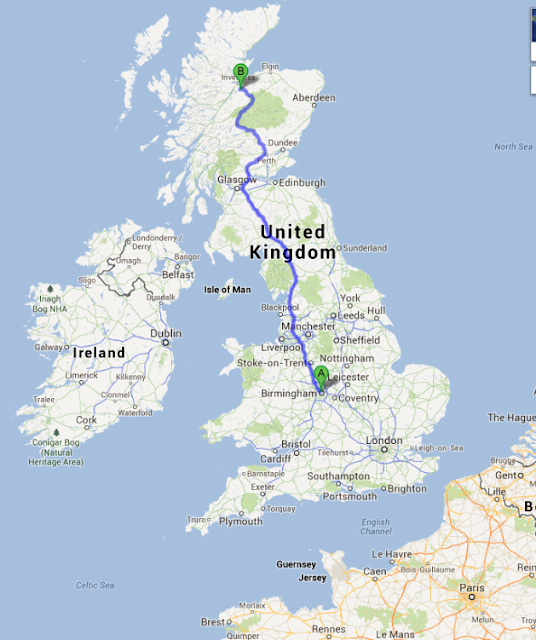 
Simon.  Thanks for sending this and other links. It all confirms what we've spoken about - ideology driven policy formulation. Councils as we have known them "going out of business" (to be replaced by what?). The triple whammy of delegated powers over "toxic" issues; increased costs as a consequence of Welfare Reforms (e.g. benefit capping and bed room tax) and more draconian spending cuts to come (whilst the present ones are yet to fully impact) will test even the most competent and creative council to the limit and beyond. The limits of "innovation and transformation" will emerge quickly. Then what? Are we heading for a residual poor law type of arrangement, heavily dependent on charity? Are other models still feasible? Will councils become local administrators of central diktat to an even greater extent than now? It is obvious that we are beyond the tipping point. Irrespective of who wins the next election, further financial cutbacks are inevitable. This is not a temporary phenomenon but a permanent paradigm change in what local councils are all about against the background of "the end of the welfare state". Who is doing any serious planning or preparations for this scenario? It appears that everybody is floundering. The LGA is fragmenting. SOLACE is saying very little. The impact on managerial -pPolitical relationships are profound.  See you at the end of the month.  Best Jan.