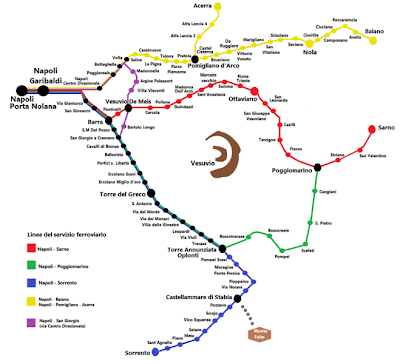 We took a train - Circumvesuviana - from Piazza Garibaldi to Ercolano Scavi, then a minibus to near the mountain's summit, walking up for another 20 minutes to the edge, where a path runs half way around the circumference of the crater. Vapour rose lazily to meet the gathering clouds. 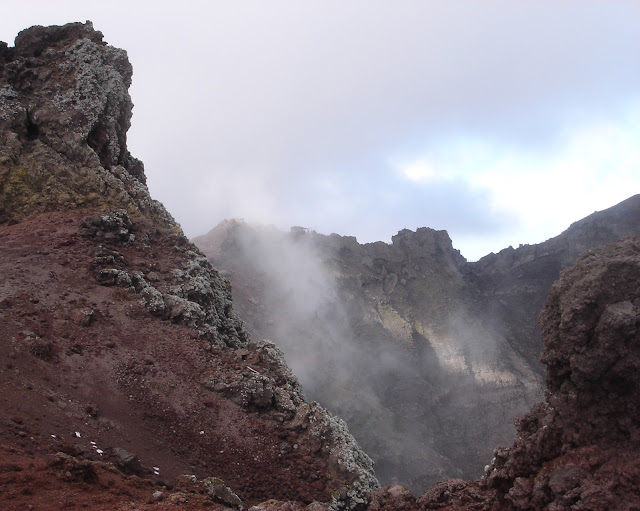 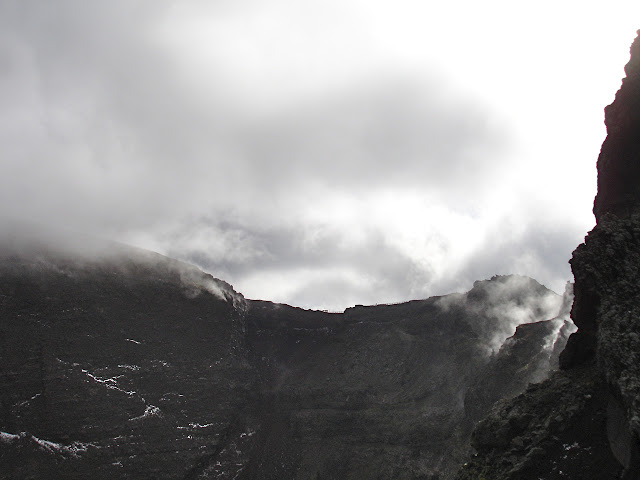 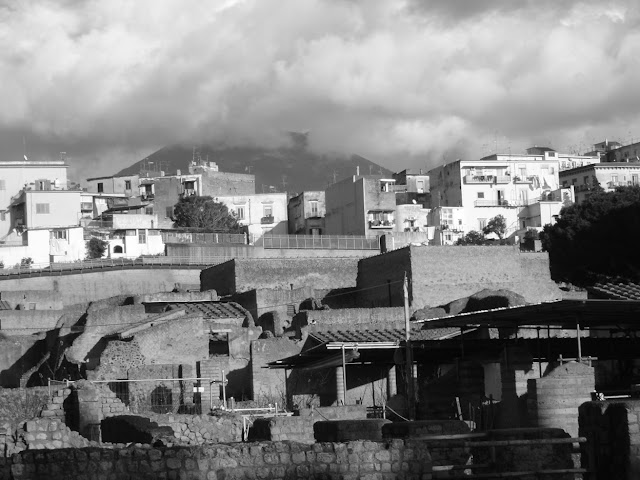 But between the ascent of the mountain and our walk around Herculaneum, Lin visited casualty in Torre del Greco. She fell on the path near the rim of the mountain, leaving a gout of blood on the tufa gravel.
"Oh no no" she said, momentarily spreadeagled on her front, almost sobbing "I've spoiled everything"
I helped her up, swiftly assisted by a sweet guide called Antonio, who gave us a lift in his little car, parked by the Guide hut, back to the minibus a few hundred feet of zigzag below, while Lin applied copious kitchen roll paper to her bleeding lip. In the hospital, where Lin was seen almost at once, two young doctors inserted several stitches, and gave her a small bag of ice to press to her mouth. 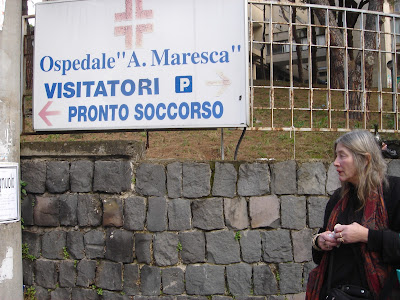 We walked together a few kilometres through an unpeopled surburban landscape...
...until we came to the railway station and took two stops to Ercolano Scavi, where we walked a kilometre down to the ruined town nested amid modern building founded on the 30 metres of compacted mud and ash that had buried the town and its inhabitants so long ago.
That evening we met up with my nephew Jamie and Maria living high up in Naples, to enjoy a meal at busy Pizza Starita on Materdei. 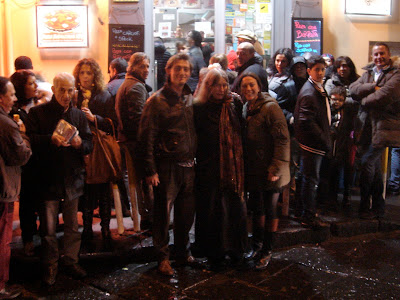 All evening the rain came with thunder and lightning making the dark streets brighter with reflections, chaotic, messy, littered, graffiti'd, layered and altogether - like most old cities not commodified for tourists - past its ancient prime.

How magic are these grand Spanish apartment blocks. You confront vast wooden doors freighted with locks and brass fittings, fine mouldings and mighty hinges. To enter there's no need to budge the big doors, instead you stoop to enter through a small street level door finely carpentered into the big ones. You step over a high lintel and find yourself inside a great staired space, a domestic theatre of private apartments rising in tiers around a grand atrium, five, six floors, dizzying and yet cosy with the separate aromas of different cooking as you ascend to the skylights, pressing switches that give a temporary increase of light to your tenebrous passage. These old buildings once lit by candles and oil lamps, are twined with overpainted circuitry poking out of the oddest corners, sometimes showing ranks of dusty meters and switches, to which now and then are the intrusions of new plumbing, air-conditioning slightly awry, and, here and there, a new door or window - but ultimately the buildings hold their integrity, honouring their original construction.
We walked to our hotel from Cavour as the trains ceased long before midnight and buses were scarce. On the way we found ice cream, cold tasty chocolate in the rain. Bedtime reading a Naples police procedural These Dark Things by Jan Merete Weiss and - perhaps one of the finest guidebooks I've come across - Gomorrah by Roberto Saviano - about modern Naples but also the rest of the world. 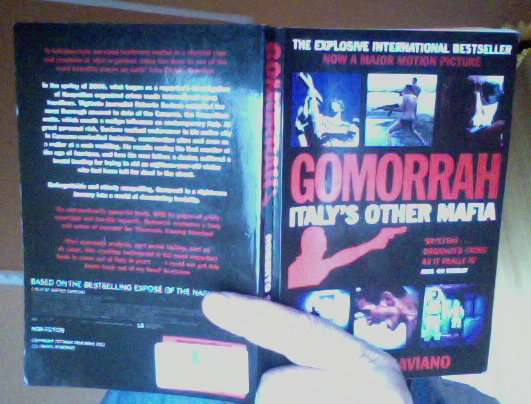