Wildfires across eastern Greece as far as the Turkish border - 'about 90 broke out over the previous 24 hours with high winds scouring countryside desiccated by months of summer heat.' We've had a few weeks of dry weather in Birmingham. Since yesterday evening rain's been falling gently. At dusk yesterday I made the first harvest on our allotment - runner beans and potatoes - plus a gift of spinach picked for me by Vanley, firm from the soil. 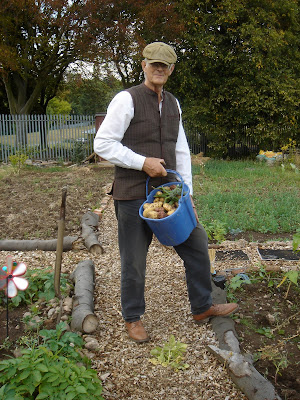 On Thursday morning we were gathered - about thirty invited community reps - to an upstairs room in the Community Roots building on Soho Road to meet Nick Hurd, Minister for Civil Society, touring the country listening to people. 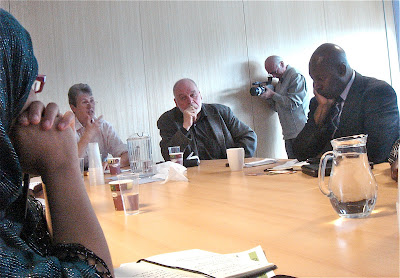 It was good to meet individuals I'd not met before, people I'd not seen for awhile and help brief people on what's happening with the Central Handsworth Practical Care Project. Mike Tye, our Chair, made a video of the hour's meeting. John Rose sat beside me and was the first to speak, mentioning his work with Credit Unions and the small easily ignored problems that add to the affliction of poverty - such as the absence of local cash outlets for many who must make a five mile round journey to get it. I mentioned the invisibility of poverty, its deprivations widely incomprehensible to anyone who, like most in the room, hadn't experienced them. There were many expressions of concern about the effects of the recession, not a lot about the riots though we all knew and one speaker remarked on the Prime Minister's words - as understood by some ' "We're going to have zero tolerance of sick society. OK we're going to show you sick."

Someone said how well the rioters had organised themselves. The tone even here was sober. We all know things have to be different. Most of us are puzzled and apprehensive as to what the future holds. I enjoy the company and the shared trust. I think the Minister picked that up. Many regretted the loss of the City Council's Neighbourhood Management structure, more especially a number of special grass-roots officers who've played an increasingly esteemed role pulling people and groups together to help build and maintain a less confusing shared appreciation of what was happening that had helped greater involvement. Nick Hurd picked up on this. He asked whether we couldn't recreate among ourselves what had previously been done through Neighbourhood Management. Time will tell whether we're moving towards a better balance between government and the diverse particular individuals and groups that come under that vague over-used term 'the community'. What nags at me, as someone instilled with assumptions about my duty and right to act in the world, who takes involvement in public affairs for granted, infused with conscientiousness and the inclination to persevere in 'getting things done', who takes 'agency' - the power to act or not to act, taking for granted my ease in speaking and writing, is that I am incapable, for that reason, of grasping others' profound pessimism of the intellect, of recognising that there are people who have never acquired optimism of the will, who are utterly enthralled and embittered by the tacky lies projected upon the walls of their cell, who see their world as a prison, the neighbourhood I so value as a trap. I'm not a psychological bystander. I have a connection with a competent group of people continuing my involvement in Handsworth. The Minister promised no 'silver bullets'. I'd be interested to know what impressions he gains as he roams the country; how he'll reports back to his colleagues in London. The future's one that will try us, depress us, and at times overwhelm us, but we have spades, shovels, brooms, picks and saws. 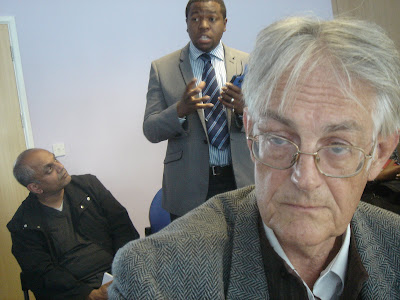 *** ***
A nice thing happened a few days ago. I went on to Jan Bowman's blog, checking links on my blog to see if they're still up and running, and read:


I’ve had my bike nicked, so if anyone knows of a decent folding bike with gears going for £100 or so, please get in touch urgently. TIp: do not lock a bike anywhere within easy sight of a London tube station. (Especially not in their CCTV-surveyed bike parks)

Would she like, I emailed her, a folding bicycle I'd been given by my friend Dhiaa when he'd been summoned from his Phd programme at Birmingham University at Christmas to serve in the new Iraqi Cabinet.
I sent Jan a picture I'd taken of the bicycle when Dhiaa and I had been having a farewell coffee in town.
It's exactly the make that I had stolen she said. I'm coming over by bus. I emailed Dhiaa in Baghdad.


Dear D. A friend - a graphic artist - had a folding bicycle just like the one you entrusted to me. Two weeks ago she had it stolen. I have three bikes already so grateful though I am I have let her have yours. She is so pleased to have the same bicycle again + two good locks. I told her your Facebook address so she will write to thank you. If you are coming back to UK and need it again she'll gladly return it. It's good to see it being used by someone who needs it. Best Simon

Dear Simon. Come on! The bike is already yours. It was a humble gift from me to cherish your honourable friendship. Of course, you could do whatever you wanted with it. I am so pleased that one of your friends was happy to have it after hers was stolen. Even if I came back to the UK, I will never ask you or her to return it.

Jan and I had a cup of tea and chatted about the world and her quid pro quo of a portrait before she set off home on her 'new' bicycle - an Apollo Transition.


Dear Simon. I'm still bowled over by your generosity and helpfulness....Thank you very much indeed for going to all the trouble of pumping up  tyres, finding keys, lending bungee clips etc...I'll endeavour to have the picture done for you by Christmas at the latest. An excellent transaction, all due to your friendship with Dhiaa. I feel honoured having a bike with these pleasant connections attached! Glad you like the website; it badly needs updating. 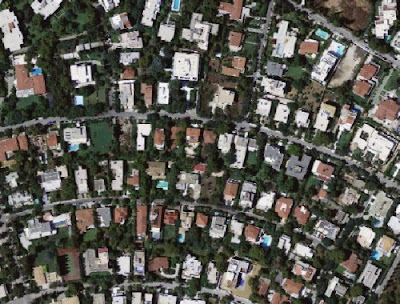 After Niko drew our attention to a 2002 article about the technical complexity of the Greek Cadastre - a more efficient method for updating land-boundary records and maps for the entire country - I sent an email to the Hellenic Land Registry and linked it on Democracy Street:


'When can we and our neighbours expect to receive a suspension for inclusion in the Hellenic Cadastral?'

This project, begun in 1993, could curb the usurpations of the land grabbers - big and small - who've blighted so many hectares of beloved Greece.  The website claims among other things that the Registry will simplify property transfers. reduce bureaucracy, reinforce the transparency and security of property transactions, attract property related investment, clearly map state and local government property, protect the environment by at last creating an 'irrevocable demarcation of forests and coastal zones' blocking 'encroachment and arbitrariness' and constitute 'a pivotal tool for the sensible organization and development of the country.' My reference to 'suspension' refers to the old system of Registrations and Mortgages being suspended to be replaced by the new one - the Hellenic Cadastre, Το Εθνικό Κτηματολόγιο.  It will:

1. Records all deeds that establish, transfer, change or abolish rights on properties on a real property-centred basis. Thus, everything becomes simpler and more definite.
2. Guarantees all legal details it records, since every deed is registered only after its lawfulness has been checked, meaning that no deed is registered if the transferor is not the person that the cadastre shows to be the beneficiary.
3. Records the geographical description (shape, location and size) of the property too.
4. Unveils and systematically records the State real property for the first time in contemporary Greece.
5. Records the rights evoking from usucaption*, which, especially in the province, may constitute the most usual way of ownership acquisition due to the informal nature of transactions.

*usucaption: Roman Law, chiefly the acquisition of a title or right to property by uninterrupted and undisputed possession for a prescribed term.


As I understand when 'suspension' is announced for a particular area every property owner should receive a statement and map by post or email describing their property. They then have a set time to challenge and if necessary correct that assessment before it officially replaces the old record. I wonder if and when I will hear back from the land registry about when 'suspension' will apply to our part of Corfu.


Mr. Baddeley, In reply to your e-mail dated 26/08/2011, we would like to inform you that the Community of Anw Korakianas of the Prefecture of Kerkyra (Corfu) is not yet implemented in the cadastral procedures. We would be able to provide you with more information in the second semester of 2012. Yours Sincerely, Anna Papatheodorou, Citizens' Services Division