The rise of the small mammals

People tend to assume dinosaurs are extinct. Not so! Among those mighty creatures that still walk the earth are the sluggish Noclimatechangeosaurus, the rarer Creationmythosaurus, the predatory Fundamentophalus Rex of course, and that lethalsub-species of the iron-skinned Autoraptors, the aggressive Speedophilodocus, beasts threatened by the relentless shift in values that has helped bring about the rise of the bicycle on streets across the world accompanied by spreading enthusiasm for places free of cars. Circular from Joel Crawford, author of Carfree Cities, editor of Carfree Times:

Hi All. I think I'm going to include in the next Carfree Times, as evidence of how far we have come, a list of web sites focusing on the carfree initiative. When I went looking for a domain about 12 years ago, I could have had my choice of anything I wanted. No more! Joel 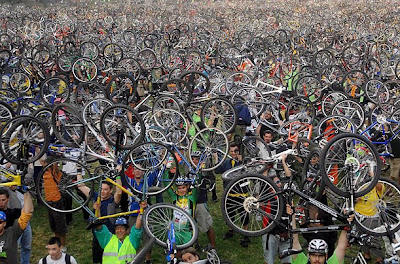 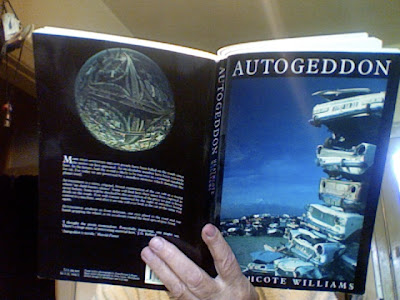 And from me 'an amicable divorce' ~ why, though I'm not carfree and still fly, I no longer own a car...a small start in changes many are making in their ways of getting about, a small part of the new mobility agenda... 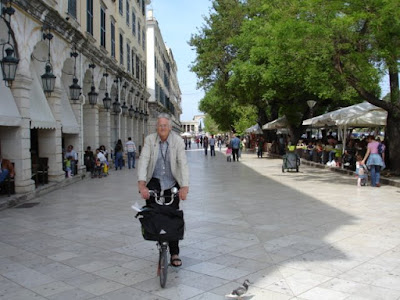 On the Liston, Corfu [scroll down this URL
to see the Liston mentioned]

The Liston is a kind of perfection. It's old but not a museum. It's grand but not big, and when crowded it's full of intimacy. There are no cars to endanger the children, pollute it with smell and noise.

The Liston is a place for walking and sitting and talking and gazing around. It connects to the sokaki, Corfu's intricate back streets, and to the grand square, the cricket ground and the sea. It's open to the Ionian sky but has ready shelter from its generous rain.

It is private space where people live as well as work - full of thriving interesting business - and it is a public space that takes civility for granted without pompous notices; an agora for all and an avenue for secular and religious celebrations of joy and solemn gatherings at times of sadness. It stands on its own connected to everywhere.