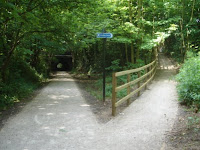 I cycled over to Edgbaston via the restored Harborne Way that starts in Summerfield Park. The City Council have nearly completed a nice job here, creating a walking and cycling path, pied in the morning sun seeping through the green overhang, along an old railbed that threads through Rotton Park between the backs of houses with a convenient exit on the Hagley Road close to Chris Game's home in Edgbaston, thinking of warm Democracy Street, humming "Ena to helidoni"... 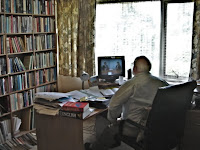 Chris welcomed me to his flat surrounded by woodland in the midst of the city; the first time I''d visited him off campus in 30 years. "With a lion and a skull you'd be Dürer's St.Jerome." (one of my favourite images - educated undisturbed contemplation - ηρεμία). I was helping Chris go over the film clips from my archive he hopes to use during a course next week on member-officer relations - an event which he's tutoring instead of me, after a dismaying failure of communication between me and some of the young hopefuls enrolled on earlier sessions of the same programme last summer. Chris is the first of my Birmingham colleagues interested in using my films to teach about political-management relationships*. He needs to be confident in linking what he's saying to a suitable selection of clips. Teachers have little trouble showing set-piece films from start to finish; "Now we'll watch a film after which we'll discuss it." The challenge to helping people learn in this area has been one of mingling film, talk and conversation, switching between clips, showing a few seconds to a few minutes, stopping, reversing, revisiting, comparing, playing without sound to observe NVC; switching smoothly between a range of thumbnails expanded to full size and then minimised again to view another conversation. I've assembled four clips, used as examples in a recent book chapter on political-management leadership, on a DVD which, thank goodness, we were able to work through on his computer. MPG, AVI and MOV files were not recognised on Chris's PC - a problem I'm often encountering because none of my colleagues, including Chris, works with film extracts. Chris also knows about the pages on Democracy Street in which I've embedded extracts from films of politicians and managers in conversation with notes and transcripts. 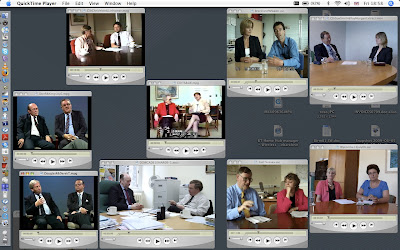 In a few years I suspect more people will, as I do now, see it as bizarre that it is impossible to embed film in a refereed academic paper. The spread of electronic journals will make this easier, and my material more accessible.

*The first person to replicate the approach of filming politicians and managers in conversation about their working relationship has been Professor John Martin at Latrobe University, NSW, Australia, with his interest in 'negotiating the overlap'.
Email from Richard Baddeley, Sat 6 Jun 2009 To: Simon Baddeley Subject: this is good

Email from me to John Martin:

This piece of software seems v.easy to load and allows us to share each others screens - including Mac to Windows. Once you've signed up, we make each other contacts by entering each other's emails when asked, Then I get to see your screen and v.v. We can look at a video for instance which is on your screen or v.v. See what you think. Love to all

What a great idea! I will download the software so we can simultaneously view the interviews. I will post the latest interview on DVD to you on Tues (Mon Queen's Birthday holiday). Cold, grey and drizzling rain Sat, much appreciated by the garden...I now have an interview sched for XX and possibly GG late June. If I can also get ZZ that will make five for us to work on. Should be enough for this year? In any case I will keep asking CEOs if they would like to be part of this work and build up a catalogue over time, in much the same way as you have. Cheers, John

We can always try, but I thought it might be too good to be true. Perhaps you could pass a request to your IT experts about the kind of 'interoperability' we want. But it looks like a bandwidth problem. It's clear we're on a bit of a frontier here which is frustrating but challenging. In the meantime we're still relying on 'steam-mail'. Best S

After my meeting with Chris I phoned Richard. "Meal in town?" I got as far as Five Ways and thought 'Ikon Gallery', headed that way and parked my bicycle in the lobby. An installation exploring time at Perrott's Folly was advertised at 1300. "Before we eat let's meet there". Over thirty years I've seen that old redbrick tower and its neighbour in the Waterworks and passed on by. They may have brought an idea to J.R.Tolkien who spent part of his childhood close to these two towers. Two gallery staff arrived to open the iron gate into a small yard leading to the entrance door and the narrow spiral stairs that led upwards through six floors. At the top there were so many small clocks ticking away we could only go in the room one at a time - a crumble walled magical circular space looking out over the surrounding rooftops and trees which with a fire burning merrily in a small iron grate must have made the cosiest of crow's nests for its creator.
* * * 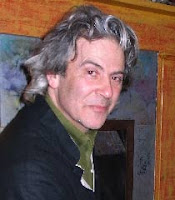 Oliver Lowenstein has written to me about his new Fourth Door Review reminding me there's now a touring exhibition featuring his Cycle Stations Project, an idea he floated a decade ago, a vision of a sustainable equivalent of placeless motorway service stations. Part supported by Sustrans and Brompton it's called Riding on Empty: Designing our travel infrastructure for the end of oil. I shall seek it's next appearance. O's flier says a website's coming up. Like the exhibition in Perrott's Folly, there's a lot of writing in Fourth Door that cannot penetrate the carapace of common-sense I use to negotiate the present; blocking insight, rejecting what's counter-intuitive, circumventing revelation. I watch, listen, scan this stuff allowing it to seap into liminal tracts separate from that unreliable dimension that practical men call 'the real world' - the personally maintained co-ordinates of my own Truman Show. Imagine trying to explain computer virus's in the 1980s, let alone Skype, Facebook, peak-oil or podcasting. All were anticipated, being invented and discussed by a minority, enjoying speculation outside the normative gaze. Could anyone, in 1985, have convinced me I would regard the bicycle as my favourite way of getting about with the support of buses and trains; that I would divorce my car. 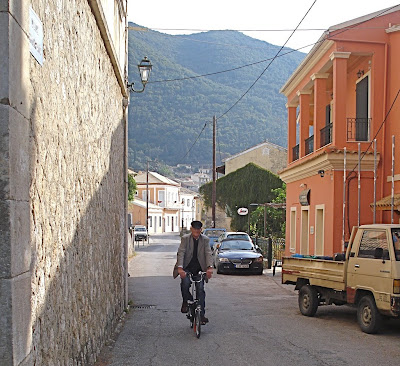