Karamanlis' speech on Friday (Athens News Agency) mentioned a review of spatial planning and sustainable development policies for the west and central regional authorities of the country, including a study on an infrastructure network for the fast and sustainable development of the region which will boost business enterprise, support the tourism sector and Greece's heavy industry. Does this mean a Structure Plan for the area?

The agency also reports the Latsis Group funding a €60m aid programme, focusing on Ilia. Yiannis Latsis came from there, from Katakolo: "Our country is faced with events we have never experienced. In the face of this disaster, it is the duty of all to substantially contribute from the heart. I am certain our father, Yannis Latsis, would have instinctively acted in the same fashion, as he had on numerous occasions during his life to the benefit of his country." Latsis aid will be funnelled to affected families and the families of victims as well as NGOs and other volunteer organisations active in the field of conservation. Equipment will be donated to the fire brigade along with funding for the national programme for restoration of destroyed forest lands. €20m will go to Ilia prefecture to aid the homeless, grant scholarships to pupils or students that lost parents, as well as help repair public buildings and infrastructure. Additionally, funding will be allocated to restore the environment around ancient Olympia. EFG Eurobank, part of Latsis Group, will write-off mortgages, consumer loans and farm-related borrowing for individuals who've lost family in the fires or their primary residences or other major property.

* * *
WE LEAVE for Greece on Monday. Two cases are packed in the hall. This morning the rising sun 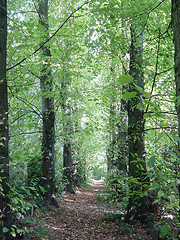 shines brightly through the stained glass of our front door and on the greenery of the back garden - cherry, apple, plum, damson, buddlea, climbing rose, japonica, wisteria, and the lush grass of the lawn around the ponds. Beyond the garden the greenery extends richly towards the treetops of Handsworth Park and the limes of St.Mary's Churchyard. At this time of year the view from our balcony shows more treetops than roofs. Yet 'the world, which seems to lie before us like a land of dreams, so various, so beautiful, so new, hath really neither joy, nor love, nor light, nor certitude, nor peace, nor help for pain.'

* * *
0842 Sat morning - at the kitchen table in my nightgown. Radio 4 has abruptly become white noise.
On the afternoon after we return from Greece I am to do a session on 'weighing evidence' for my colleague, Andrew's, Post-Graduate module on Oversight and Scrutiny, to which he's recruited over 25 people. The next day will also contribute an afternoon on 'questioning skills'. Yesterday on the train to and from London to meet the Japanese students - just two, possibly three - I marked the first part of my graduate students' assessments - a series of presentations that I need to put on CD for the external examiner and moderator. Marking takes far longer than the actual exam. The Japanese in London gave me and my colleague, Fay, a wonderful tasty but unfattening lunch at a restaurant near Trafalgar Square and I and the students made informal but civil speeches to each other, as well as meeting the new Director and other staff at the Japan Local Government Centre. As in previous years Fay and I have designed a two week programme in October which will brief the students about UK Local Government, help their English and teach them more about 'our culture'. I said over lunch that I always learned far more than I knew about my own country through fulfilling that objective. On that, here's a little cultural core plumb - a hymn sung in the place where I prayed and sang (but not like Katherine Jenkins) and listened to, or myself read the Lessons, for 5 years of my youth in school term at Westminster. I would sit down there, when I got to be senior, on one of those velvet lined apses in the choir. Here I am a secularist and profoundly suspicious of these 'great and good' rituals, reduced to jelly, full of the pleasures and sentiments that fuel my love for England (and Wales and Scotland, which when I was a schoolboy were the same). Now I rightly know the history of the kingdoms better and my friend Lesley gives a wonderful talk to the Japanese about 'Our Island Story' - dry and scholarly, witty and heart warming.

Dear June, (public copy of an email to June Samaras at Kalamos Books in Ontario)
This morning (August 30th 2007) while fires continue to burn in Peloponnsos/Evia the media have calmed down, turned their attention to the regularly programed soap operas, upcoming elections, the aftermath of the fires, opinion surveys etc....so you know we are in trouble if there is no debate about responsibility. RESPONSIBILITY, a word I never, ever hear played out in Greece. Who is responsible for this destruction??? I want to let you know about last night in Syntagma Square. At 7 p.m. in the evening my friends and i joined over 10,000 people dressed in black for a silent demonstration in front of the Parliament Building. Other than a small group of people who came with their political banners and were booed out of the way, everyone else represented him or herself as a citizen who was outraged at the situation facing us here. There were children, young and old people. Talk was in hushed tones as we walked through the crowds. Some flyers were handed out, some people lit candles and in the center of those candles was a flower pot with a small, delicate tree. I believe that was what it was all about. This demonstration started out as a call to all from a blog site and it spread from one person to another until we all found ourselves together last night. I still feel there is a great deal of shock, hesitation in us, confusion, disgust, doubt as to what this really means for Greece, for us, for the families who were totally destroyed. What will we do when it comes time to vote???
In 2007, can you imagine if you or I or anyone we know were so trapped in the fire we would have to use our own bodies to shield our children and die doing so???? With frustration, anger and deep sadness from Athens, A....