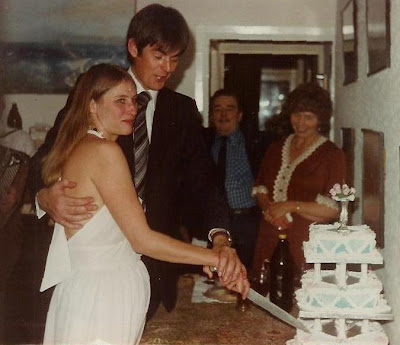 I just wanted another picture of the sea and me and Lin. The oil on the wall at 1 Daisy Road was my recreation of a strong north wind blowing across the Gulf of Corinth. If I get this in I've given myself an excuse for putting in more pictures of people. Gosh look at that knife. * * *