Supper at the end of May...του λογαριασμού

“Του λογαριασμού!”
“Terrible meal!” says Mark to the young man who’s been serving us at Panorama in Ag Markos “Call the manager! We’re not coming here again”
Mezes, Greek salad, saganaki, grilled aubergines, baked courgettes, tzadziki, bread, then pancetta for three of us and a pork steak off the grill. Sweetmeats after, and village wine after Ionian beer as we’d sat down a couple of hours earlier, while there was still twilight enough to see village walls, tiled roofs, in different shades, above the muting greenery below, and, close by, a full bloom Jacaranda tree, its sapphire challenging the dusk - fading into resplendent lapis lazuli.
Four friends eating in a place we know, served by people we like, sat together by a Corfu green railing, which, with winter screens folded for summer, lines a balcony hovering over a space that embraces the edge of Albania, follows the mainland coast into haze, back to the crooked bow of the island’s night shore; the dark sea between sending scented zephyrs.
“See those lights over on the mainland? They’re fish farms, strung along the coast. And over there, the lights of Igoumenitsa.”
Halfway through our meal a red-yellow ghost of a waning full moon rose, and disappeared behind distant cloud. When we looked again it hung bright above our view, silvering the sea.
“Look! A plane coming into land at Kapodistria.”
12 miles away from us, two bright wing lights hovered almost over the sparkling city for a minute before sinking behind Avrami Hill, between us and the runway.
Our greetings – handshakes for men, a kiss on both cheeks between men and women. Toasts, tapping one another’s glasses, contented and sincere exclamations at the pleasure of meeting and the meal we’ll enjoy together. Sad it must be when these touchings are just forms. Our conversations. Ah well. The utterly immediate miseries of the whole world on intimate screens, an ever tolling bell. We spoke of the world’s waste.
“They’re at last getting a compactor at the Lefkimmi tip”
Facebook forums are fuming with grumblers who just want all the rubbish made to disappear.

“Stopping fly-tipping, littering and illegal dumps is not the answer. We’re trapped in blaming miscreants – anti-social people, crooks, feckless rogues, or attacking such abstractions as ‘our consumer economy’. Stopping the 'baddies', if that were possible, and ‘disappearing’ what we currently produce; shipping it somewhere else, shoving it in landfill, incinerating it... Instead of focusing on making it 'disappear' we have to work out why and how we make this stuff ‘appear'... Consider everything's disposabiliy from the moment it's made! Our species has to make decisions about this modern midden we've been building. Our waste is no longer just animal bone, excrement, mollusc shells, sherds - fascinating to archaeologists. In a few millennia the current waste most of us produce will lie in a thick stratum researched, in our absence, by highly evolved rats and cockroaches."*


“This salad is so good”
“But there’s this new law about olive oil. You can’t just have it on the table with the vinegar, salt and pepper anymore”
“Why not?”
** ** **
“Anyone want that last slice of aubergine?”
“Yeah, there was a crash down at Doctor’s Bridge. A driver – probably Brit - turned into the wrong lane at the T-junction. I saw some of the debris swept on the verge”
“Anyone hurt?”
“So will the strike be over tomorrow? Yes, but there are people only booked for a week who’ve lost three days of their stay. Got their money back but lost half their holiday before another flight was laid on”
We spoke of childhood; how things were; always ready with the four Yorkshiremen sketch.
“You were lucky!” 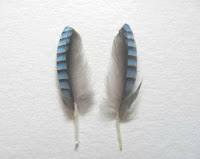 “I’ve written a love letter to Lin, addressed envelope. Licked flap. Bought a stamp. Put it in the post to her at Tzavros yesterday”
“Aaah”
“Same for my grandson. I’d like to think when he’s older and I'm gone he’ll have a look at one of my handwritten letters. Not sure if he can read joined up writing yet. This time I enclosed a couple of blue wing feathers I’d plucked from a road killed jay”
“You were lucky!”
“We are! We are!”
"Ton logariasmo, please"
"When are we doing this again?"

*Sunday mid-morning 3 June I was aware enough of a smell of something burning to look about for smoke. This was not a barbecue. I could see no signs across the landscape above or below the village. The smell lasted two hours or so. I wonder if this was a fluke draft of wind that might have brought remnants of the smoke of the burning rubbish on Paxos (over 40 miles south of Ano Korakiana) - waste set unofficially alight, as on other Greek islands; a desperate resort in the absence of other means of disposal.

Like other responsible citizens I place my waste neatly bagged at the bottom of our village - where someone else will have to make it disappear. 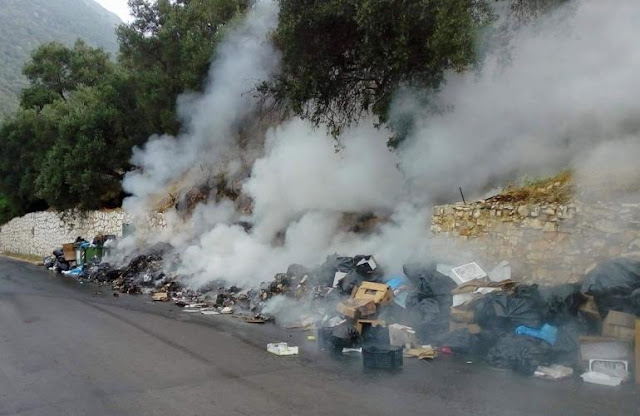