A day trip to London by cycle and train. These days when I've stopped reading newspapers, seeing the newsstands is a reminder of why not, tho' I enjoy stoking generalised choler with Private Eye, the middle-class monthly that drove Punch, into decline decades ago.

Even I’m finding London quite hard work, so thick is the traffic. Road cramming motorists in buses, cars, vans and trucks with bikers and cyclists filling spaces between, and the law more alert to cyclists breaking rules, like cutting lights or venturing along a pavement. I’m taking my Brompton to London for its annual service down in Battersea. Once through the Strand, and down Whitehall to Parliament I’m free to go on the still newish embankment blue cycleway. From Phoenix Cycles I take a 170 bus to Victoria where, finding an Italian run greasy-spoon, I order a mug of tea and a 'Full English' breakfast. My order arrives – baked beans, bacon, hash brown, soft fried egg, sausage and buttered toast. 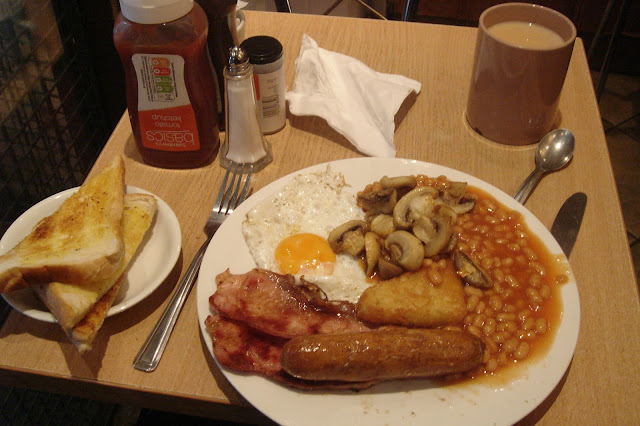 Half way through it a man in the cramped space of the café starts playing the BBC news – pictures and sound on his smart phone. Loud. Intrusive. 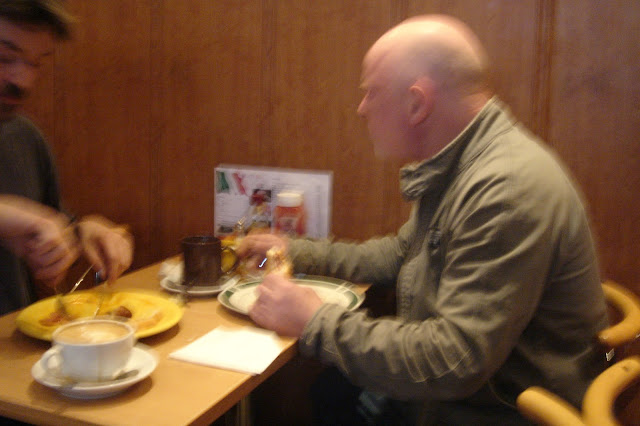 I wait a while, hoping he’ll have picked up a particular item that interests him, then turn it off. But no.
“Turn that off please. It’s really annoying” I say
The resultant exchange is neither a debate nor an argument, just an enraged reaction – verbal with many an F-word intensifier backing various primate threat behaviours including shoulder hunching, jaw advancing, and finger thrusting. Once a skilled fencer I parry in the air, riposte, counter-parry and riposte again. He rises to his feet to increase the threat. I do the same, taller by six inches. The waitress asks us to stop-it and suggests I go to a table in another part of the tiny space. I apologies to her but explain that I am unwilling "on principle" to move. The noise-maker continues, cursing under his breath, but is asked by the waitress not to use such language here “please sir”.
How absurd we must look. I imagine her thought-bubble "Men!".
My adversary departs. I follow and the waitress again apologises to me.
“Please” I say “I apologise to you for such idiocy. It was a great breakfast”.
I stroll down Wilton Street looking in windows – a flâneur. Three fire engines arrive with sirens and bells and nine men and one woman get out to examine a panel in the side of a hairdressers. 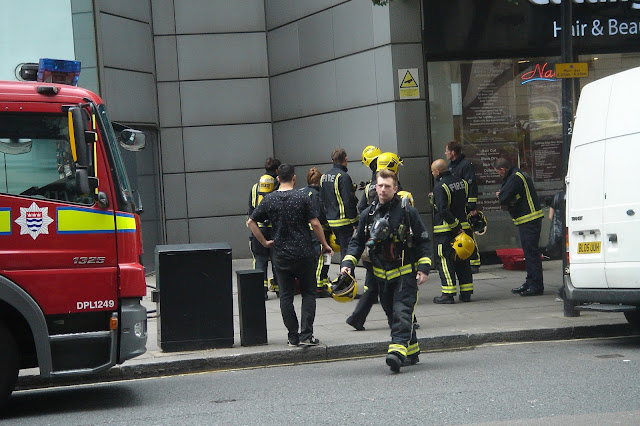 Successive firemen try to remove the panel. Impossible. The women fire-fighter squirts the grooves around it with a high pressure hose, pushing out cigarette ends and sweet wrappers that might be a fire risk. The fire engines depart.
I wander on, to meet Charles Webster at Seafresh to discuss next steps in creating a new DVD box-set from archive Out of Town sound tapes and 16mm film - and consolidating my ownership of Out of Town rights. Between us we made several phone calls to clarify progress on the editing and restoring that is being carried out as part of my deal with Big Centre TV in return for letting them show episodes from the existing OOT box sets.
Good meeting but - lots to do. Then on another 170. Free! The concession card that I use for free bus and train travel in the Midlands now works in London. 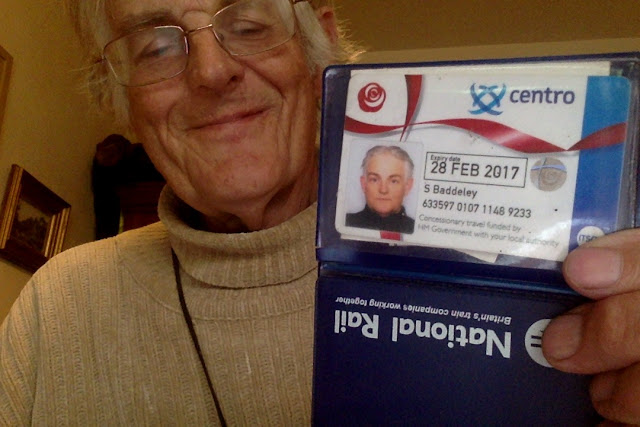 My bicycle's ready at Phoenix, worked on by Mike and Tom; a new front wheel, break-pads replaced and tightened, new handlebars ("What have you been doing with them to get them that misshapen?"), one new pedal, new tyres and general tightening up of gears and chain. The bill £240. Not bad for an annual make-over. How much would I have spent on maintaining a car over a year? My bike feels so slick and efficient as I head back over Battersea Bridge, along the embankment, up Whitehall, Charing Cross Road to Euston and my train back to Birmingham.
*** *** ***
Digging the plot with Oliver I've lifted a whole bed of potatoes... 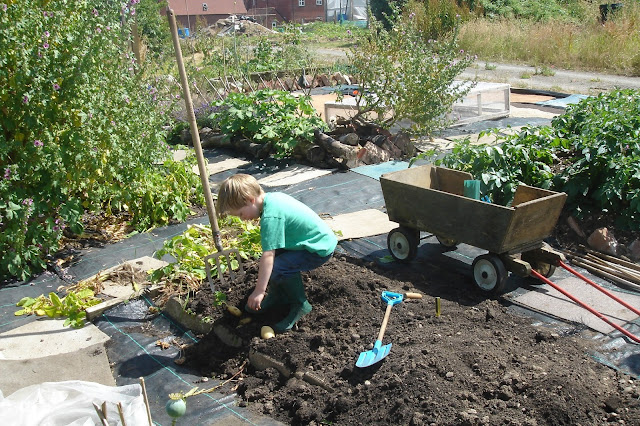 ... putting the smaller ones aside for seed potatoes, laying them in a covered cardboard box in the dark of the garage, hoping they'll stay dormant until January next. My spade as I felt the earth touched on a 1914 penny, bruised by old digging. 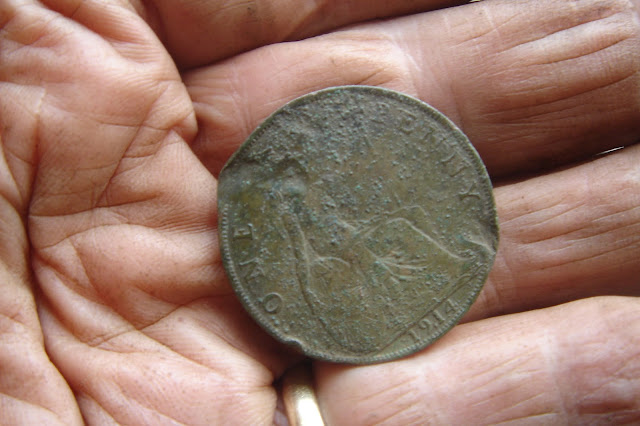