Richard and Aristeidis in Wikipedia

From Wikipedia, the free encyclopedia
Richard Pine (born 21 August 1949) is the author of critical works on the Irish playwright Brian Friel and the Anglo-Irish novelist Lawrence Durrell. He worked for the Irish national broadcaster, Raidió Teilifís Éireann (RTÉ), before moving to Greece in 2001 to found the Durrell School of Corfu [1] which, after he had resigned the directorship in 2010, closed in 2014. In 2012, to mark the centenary of the birth of Lawrence Durrell, Pine edited and introduced a previously unpublished novel by Durrell, “Judith”.[2] He writes a column on Greek affairs for The Irish Times[3] and is an obituarist[4] for The Guardian. His work on Friel has been described by the critic David Ian Rabey as 'immensely stimulating, courageous and encouraging....' [5]

Richard Pine was born in London on 21 August 1949, the only child of Leslie Pine and his wife Grace. After attending Westminster School (1962–66), he began higher education in Ireland taking a BA in 1971 at Trinity College, Dublin (TCD) and a H.Dip.Ed in 1972, being President and gold medallist of the University Philosophical Society and winner of the Vice-Chancellor's Prize for English.

After university, Pine remained in Ireland, joining RTÉ as Concerts Manager. In 1983 he became Senior Editor for RTÉ's Public Affairs Division; a post he held for 16 years, writing and presenting many programmes for RTÉ Radio, including a 15-part documentary, “Music, Place and People: the Irish Experience 1740-1940” on RTÉ's classical music channel, Lyric FM.
From 1988 to 1990 Pine was Secretary of the Irish Writers' Union and a music critic for The Irish Times. From 1990 to 1994 he was co-editor of the New York-published Irish Literary Supplement.
Between 1978 and 1988 Pine was a consultant to the Council of Europe on cultural development programmes. A seminal essay on cultural democracy was published by the Finnish Committee of UNESCO in 1982. He has lectured on this at the Cultural Research Centre, Belgrade (Yugoslavia) and at the City University, London.
Pine has held guest lectureships in literature and Irish studies at Berkeley, Emory (Atlanta), New York University, Georgia Southern, University of Central Florida, Centre for Irish Studies at CUA, Washington, and the Princess Grace Library, Monaco.
In 1989 to he was elected a Governor (trustee) of the Royal Irish Academy of Music, which, in 1998, bestowed on him a Fellowship honoris causa. He resigned from the RIAM in 2006.
Since 1978 Pine has been a prolific author of articles and books on Irish theatre and Irish playwrights including Oscar Wilde and Brian Friel. Of Pine's book The Diviner: the Art of Brian Friel, the Nobel poet Seamus Heaney wrote personally to the author "One good contribution this book will make will be to the understanding of how Friel and his plays transmit meaning within the acoustic of the Irish cultural and political scene. And not just the Irish scene, since the book itself will be part of the transmission and amplification of the plays in a wider context. The particularity of quotation joined with the meditative, associative habit of your mind is the book’s strength. It provokes a thoughtful response in return and, as such, will be a welcome addition to the critical reaction to Friel. It should deepen the sense of his complexity and modernity, while rendering a sense of those 'truths, immemorially posited'."[6]

Continuing his career as a writer, Pine moved, in 2001, to the Ionian Island of Corfu in Greece to found the Durrell School of Corfu (DSC) which, for twelve years, hosted seminars on literature and the protection of the environment. The school aimed to enrich international understanding of the writings of Lawrence Durrell and his brother, the innovative ecologist and zoologist, Gerald Durrell. It closed in 2014. Pine is an advisor to the Laboratory for the History of the Documentation of British-Greek Relations[12] at the Ionian University, Corfu

In 1972 Pine married Melanie Craigen. They have two daughters, Emilie Pine (b. 1977), a lecturer in film and drama at University College Dublin and Vanessa Pine (b. 1981), an artist and cookery writer. Pine and Craigen separated in 1983. From 1994 to 2008, Pine's partner was the concert artist and piano professor Patricia Kavanagh. 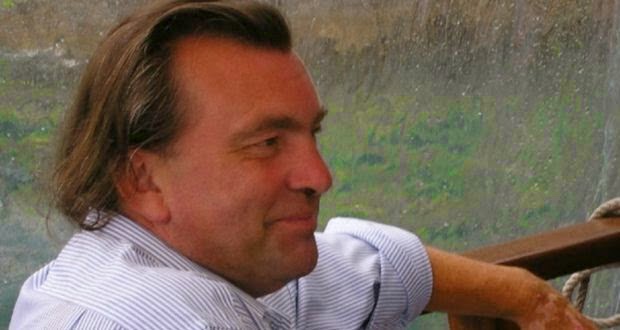 
'It's windy, really windy. They've smashed that street light again. Not kids this time, it was those people, the people who carry darkness inside them. Better ring City hall tomorrow. No, not tomorrow; tomorrow's Sunday - first thing Monday. They'll get onto it at once...' 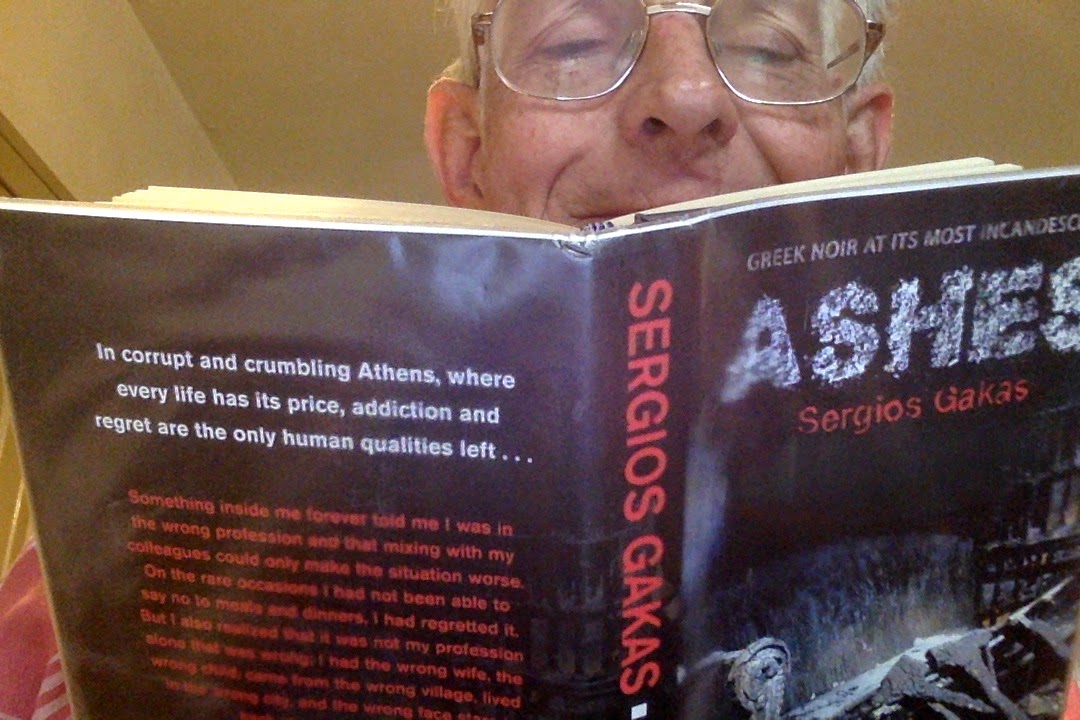 Sergios Gakas Σέργιος Γκάκας, who published this book in Greek in 2004 as Στάχτες. I got this off Amazon UK, £1.00 used v.good condition, 'withdrawn from Devon Library Services'. Withdrawn?
*** *** ***
And I've added some images and references to the Wikipedia article on Aristeidis Metallinos:

Shoe, 1928. Metallinos' first work, a carving in local stone by the sculptor when he was 20.

ΕΟΚ (Ευρωπαϊκή Οικονομική Κοινότητα) 1980. The EEC as a broody chimaera

Village olive-oil press, 1982
Αριστείδης Μεταλληνός was a Greek sculptor. He was born in 1908 (no official record of birth date), one of three sons of Zacharias and Eleni Metallinos, and died at the age of 79 on 19 May 1987.
He spent the greatest part of his life working as a shoemaker, stone mason, builder and general craftsman in the village of Ano Korakiana[1] on the island of Corfu in Greece. Despite early evidence of his imaginative talent as a carver of stone, Metallinos was prevented by poverty from artistic training. He did not begin his work as a self-taught sculptor until 1973, when at the age of 67 until his death in 1987, he fulfilled a long held intention of using hammer and chisel 'to bear witness to human nature and its weaknesses' «να παρουσιάσω τον άνθρωπο και τα ελαττώματά του», depicting in stone and marble a unique record of a fast changing pastoral economy, that emphasised the primacy of the family, village institutions and traditional customs, yet mingling with this account of Greek folklore, works that are erotic, ribald and subversively political. The Scops owl he carved on a stone plaque fixed to the front of his house, displaying his initials, and holding a builder's trowel and a sculptor's hammer, is dated the year Metallinos made his transition from builder to sculptor.
His work of over 250 pieces, nearly all completed in the last 12 years of his life, is kept together in a family museum in Ano Korakiana - a museum he built himself, intending it as a gift to the village.
Metallinos' first wife, Eleni, died childless. He was married again, late in life, to Angeliki, who bore him two children, Andreas and Maria. Andreas and his wife Anna continue to live in Ano Korakiana in the museum that houses a unique collection of work largely unknown outside the village in which it was created.


Email from a friend:
Dear Simon and Linda. I attach the translation you require and hope it is to your satisfaction! Waiting to see you in September, please give me a call to meet! My lessons at Sally's start again on the 4th November!!! Anything you may need please don't hesitate to contact me! With love to you both, Aleko...

...and thanks to our friend Aleko Damaskinos, and the completely bi-lingual Wikipedia editor Konstantinos Plakidas, there's now an entry for the sculptor on Βικιπαίδεια for...

****** ******
Delta Leisure, current retailers of my stepfather's films, are going to sell individual DVDs of programmes which for the last two years they have been selling as box sets of 10 disks... 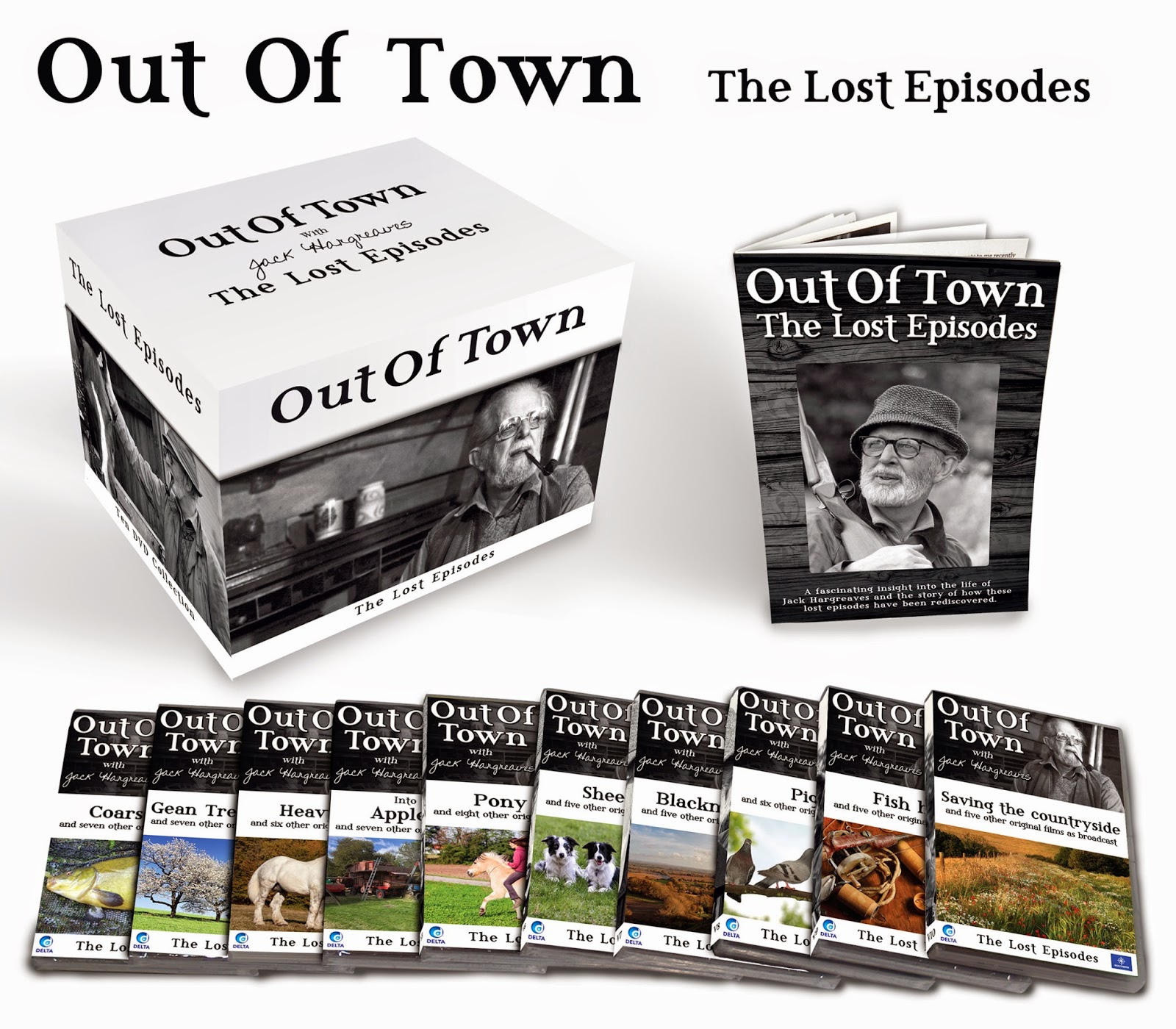 *** *** ***
The Ano Korakiana website reports thefts in the village; one attempt in daylight was foiled, others involved stealing out-of-use equipment from an old pumping station - (scrap value?); two more were from churches involving the loss of a chalice, candlesticks and an old Gospel, ένα παλαιό Ευαγγέλιο:

...and on 13th July an angry rebuke to the unknown 'humanoid beast without a trace of sensitivity' who, around Nerosyrmi Νεροσυρμή in the village, has poisoned cats which 'protect us from snakes, mice etc, ' and then a short time later,  done 'the same to domestic dogs. Abominable act Αποτρόπαια πράξη!'