I was becoming increasingly uncertain of how to get where I was going, seeing none of the streets or buildings I was expecting round the next corner. I’d left our boat sitting on the mud at Hammersmith, the family aboard. We needed a part and I was looking for a chandlers before the end of the flood. My phone kept slipping apart; an old model. Far too large. I wandered through a canal tunnel noting how clear its shallow water was from the towpath. Eels were wriggling as they fed on creatures in the mud. Part of my phone became detached. I tried to put it together again so I could phone that I’d be late back, especially as I was supposed to be having supper with Leslie who’d grown hirsute after his sex change operation and now seemed beardier than when she was a man. There were people I didn’t know round her table in a dim lit study lined with books. I tried to make excuses as I knew the family were waiting for me on the boat but the first dish was already going round – a leather bound book; inside, instead of pages, white fish in cream sauce ('But yet the body is his book' Donne The Ecstasy) I tried to eat but time was getting so far ahead of me I made excuses and left. It was dark. I worked my way through strange streets seeking the river, but over and over again I lost my way and the sides of the streets seemed to move forward with me so that I stayed in the same place even as I strove to walk. I asked a man how to get to the Thames. He was bemused.
“Where is this?”
“Harrow-on-the-Hill”
I was miles from the boat. We’d have long missed the ebb. I’d no money. It was too late for buses and trains. I tried to start walking south reckoning I could make it back by first light but could make no progress. My phone was now in two parts and useless. How I wished this was all a bad dream, but it was real. I could see no way of ever getting out of the place I was. I woke with relief. In the darkness of early morning I hugged Lin. The boat was not on the muddy shore of the Thames but beside the harbour at Ipsos from which she was lifted late last year in readiness for her refurbished engine.
**** ****
I send my sister Bay a text ‘Travel well. X S’.
She, on her way west across the Atlantic, replies ‘Thank you love you. Bx’ 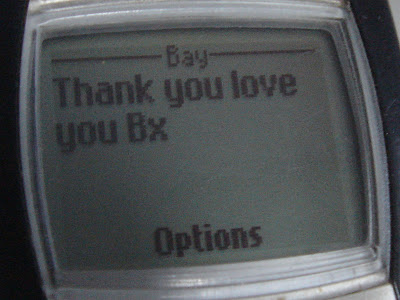 Lin, Amy and Richard have held my hand – wonderfully – even as they too grieve, and mum’s step daughter Fiona; so also my Greek side who sent cards and phoned and didn’t mind me phoning them; friends too have been kind, especially Amy’s best friend Liz.
Marjorie-Ann, my mother’s enduring friend since the 1940s, wrote a few weeks ago. She was unable to get to Scotland. I’d sent her a service sheet and an obituary.


‘Yes I can well imagine that it must feel extraordinary B suddenly not being there – she was such a ‘present’ person: vivid, beguiling, exceptional in so many ways that it is difficult to take in the fact that she has gone….it must have been immensely comforting to her to have you both with her, although I can understand that it doesn’t really offer much consolation to you. The truth is, consolations are few, and in my experience, only come with time (one being that the pain goes finally, but the love remains). You say you always knew ‘that one day it would end’, but actually it hasn’t quite ended, has it? I think you will find – as time passes, that B will be, is, part of you now until you die. How could it not be so when two people are very close? Also, remember that nothing can take away your experience of her, what you had - have had. A mother who was also a loved friend and a marvellous human being?’

A friend wrote how she still talked to her father who died over twenty years ago. I so miss being able to talk and write to mum. I did, since I learned to write from my boarding school aged six. A file at Brin Croft is full of my letters from different places. I have many of mum's letters - that distinctive handwriting, sensuously curved, invariably a broad nibbed fountain pen, aquamarine ink.
How should – how can Bay and I, as Mum willed, divide her things between us? A sofa or a bed neither of us want is no problem. We donate or sell and divide the sale price. But what of things indivisible...

...things we would not want to buy off one other; whose value can no more be measured than a child or a stone picked up on the edge of a river on a winter walk long ago, or a shard from Palestine, a lock of hair, lace from Venice, and things I don't know about but which my sister and her children and mine may?
“Will you have this?”
“No you have it”
“No you”.
And what about books, read and enjoyed over the years?
“Will you have this one?”
“No you”. 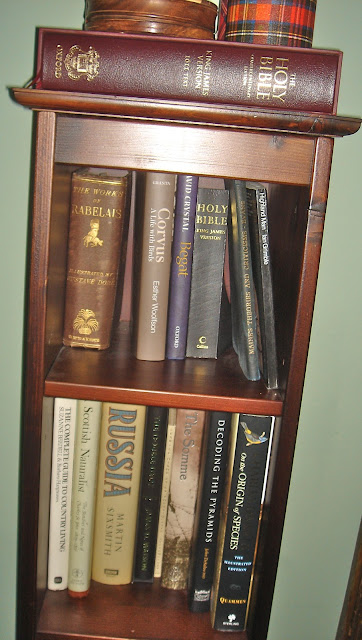 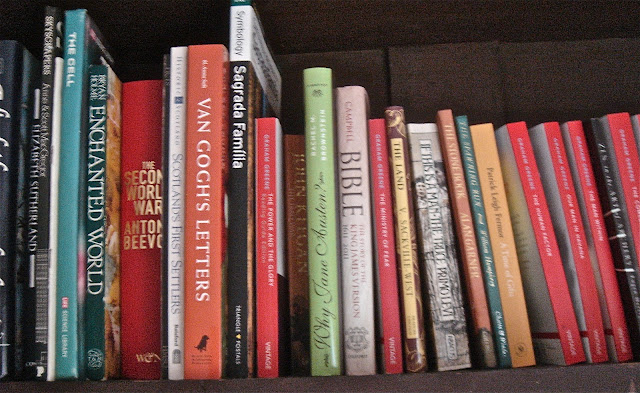 For the time being these sit on many shelves as mum left them. And what of her files – our multitude of letters, photographs, her collected notes, especially on the Findhorn, where over forty years we’ve picnic’d and walked – Cawdor, Drynachan Lodge, Dulsie Bridge, Shenachie, Tomatin, Coignafearn, Findhorn Bay where the river meets the Moray Firth? In March 1995 Bay wrote a poem (or is it a psalm?) for the book mum was always planning about the river but never started. Bay found it in the file and read it at the Memorial Service…

This river is like a sumptuous pathway to Heaven
The sun and moon illuminating her voyage
Sparkling like a stream of stars.
A superb, massive,diverse, twisting road of glistening water
Banked by beauteous pink rocks
Edged by verdant low meadows.
Shimmering, racing and full of fisherman’s hopes
As she makes her determined way to the ocean.
Massive boulders sometimes shunt her progress
But always the grand lady flows on
Gathering evermore strength and depths
Evermore beauty and gaiety.
Such splendour and grandeur I have never seen.
Sheep, cows, birds and lambs sip at her edges,
Roots, reeds and grasses draw water from her banks
Pebbles and rocks are rubbed by her gentle touch.
The sky colours her with beautiful tones.
She always welcomes one with her warm curves.
She meanders through giant, low valleys.
She gushes and tumbles through deep ravines.
She has the strength of a giant
The gentle touch of a baby’s finger.
She is serene, regal and tranquil.
She is rugged and bold
As she scrambles along full of a myriad of rich colours.
She has an innate friendliness that draws you to her
With a desire to explore and discover
Her multitude of secret, hidden parts.
Her deep, mysterious pools that nestle at her banks.
Her spreading, flat expanses with transparent pebbly bottoms.
She is like a chronicle of life from birth to eternity.
She flows with state and jubilance.
She holds historical tales that we may never learn
But in our curious minds we wonder
Who, in ancient days lived by her banks.
Marvelled at her abundance and life giving gifts.
Who watched her passing on her triumphant way to the sea.
What of the eager fish who leap up her waters to spawn their young
The osprey, buzzard and kestrel who dip swiftly for food.
The heather clothed moorlands purple at her sides.
She reflects the shadows of the high, mighty grand spruces
That draw their life’s blood from their friend below
And awake to her welcoming gurgles as they genuflect to her waters.
As the sun goes down on this very regal river
Shadows can be seen from fluttering leaves trembling on her ever moving surface. Sadly I briefly leave her banks and company.
Happily I know that I will return to her loving embrace.