If I've been good 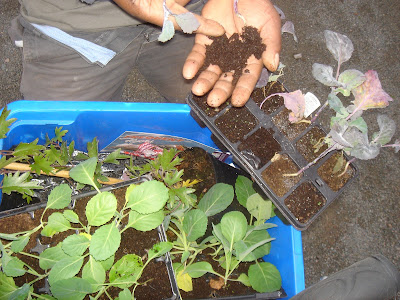 If I've been good the pigeons won't eat my cabbages. Hm. Vanley - double trousered against the autumn chill - looked at some of the cabbage plants I was getting ready to plant including a tray the garden centre had thrown in free. In a moment he'd pulled a few of these up by their baby roots and shown me a lurking leather jacket. 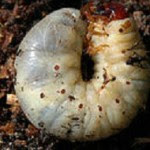 "Cast them out. The other's are fine. Plant them a foot apart."
"But the pigeons?" I looked over his un-netted crops. Pristine.
"It's not fair" I said.
"Go ahead and plant" he said. I've found Vanley - the great photographer, illustrator, one part of the history of Handsworth - the most generous tutor on gardening.
"What are those?" he asked pointing at some flower bulbs Lin had asked me to plant on our plot border and the clematis I've bought to climb the side of the shed.
"Flowers? Get on with your vegetables!" he laughed.
** **  **
I have long woken morose on this day, an old notorious public anniversary drenched in public grief. It was a Friday. I'd just arrived from Cambridge for the weekend. Mum had collected me from Lymington station. We'd come into the house in Lower Pennington. The radio was playing. Jack standing in the sitting room, listening to it. None of us listened much to the radio or watched television.  It was dusk but the lights were off - or were they? Mum and I stood in the hallway looking into the sitting room. Jack standing with his back to the unlit fire. A sort of tableau.
"The President's been shot"
The rest of the evening we listened to the news from Dallas, until the announcement came that Kennedy was dead. Since then, round this date and especially on 22 November - 48 years later - anything sad or vexing, public or private,  significant but also entirely petty, accrues like debris in a whirlpool adding to a mood of swirling colourless despondency, marked by humourless irritation. 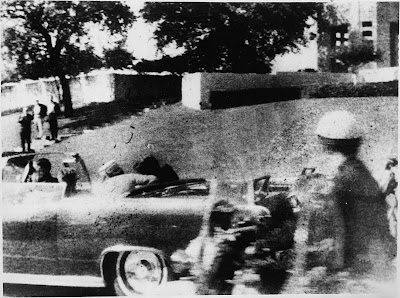 ***
The evening before yesterday a policewoman in a patrol car on Holly Road hooted me, braked and through her window scolded me for the flashing LED on my bicycle. The light  looked 'blue'. Later I realised that as it flashed on the blue plastic front pannier it did indeed convey some vague imitation of a flashing blue light. Strictly illegal. Then comes the news via a text message of a local public meeting on 26 November to protest the closure of Thornhill Road Police Station - our local one.
A lot worse I've had to find £365 to pay for the displaced scratched bumper of the BMW I thought I'd hardly touched the other evening driving Denise to a community meeting in Lozells.  These days the house is colder as we cut back on heating, spending more time when indoors in the kitchen; easy to keep cosy. I've reclaimed several hundred pounds from Scottish Power as a result of their overestimation of our energy use in England, but we're also paying a greatly increased property taxes on our energy bill in Greece. There's a rack of errands to deal with - ones that require thought and decisions and, in at least one case, more money for a copyright lawyer to clarify and secure my rights to Jack's films and writing.
In a different league is the matter of our close friend's difficulties as they await the trial - unless his case is thrown out  - of their son, accused of involvement in a violent crime. The way the boy - he's just 18 - has been treated by the law, among other things kept in solitary in a police cell for 60 hours after his arrest, suggests the principle of being innocent until proven guilty is being violated; that if the case is thrown out this young man will still be traumatised.
And a few days ago via our daughter Amy - on Facebook, for goodness sake, - we learned of the death in a road crash of the brother, Dez, of our friend Karen Van Hoff (our Richard designed one of her websites) We've known Karen since she and her brother were toddlers, when Lin and I lived together in Daisy Road, Edgbaston, before we married.
I was cycling, still morose, towards New Street for a train east to lead a seminar on scrutiny near Bury St Edmunds. A shout from my left. It’s Colin Sims the great improver who also lives in Marrakesh. “How are you?”
“Not too good.”
He’s one to whom I I can be truthful. Normally such a casual greeting earns, out of politeness, earns the universal “Fine! You?” Instead I say “No. Anniversary gloom. Kennedy’s assassination”
“You know I don’t recall it. I’m old enough but I just don’t. But you know yesterday was the Birmingham Pub Bombing” 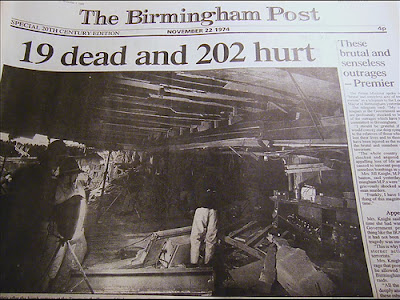 “So it was. A Friday? No Thursday. I was coming up to the Ivy Bush on Hagley Road, driving home  from the university. The police stopped me. Said there’d been a bomb in town.”
“I lived just by the crossroads. My flat became the incident room after a device was discovered in the Ivy Bush too”
“So that’s another reason to be cheerless” 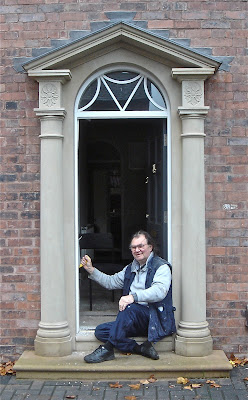 Chatting to Colin was cheering me. Then Lorraine who works an allotment near ours strolled by.
“Hullo”. I hadn't realised she knew both of us.
We grumbled about the weather, me cheering up more the while.
“How are things in Morocco?”
“Not good” said Colin “Not good. They’re feeling the loss of tourism. But lots of other things are happening.”
“I bet. Well I’ll be off” I headed along the rest of Hamstead Road past the houses Colin has so brilliantly restored to their 18th century integrity and onto the Hockley Flyover. At the other end as I turned left into Vyse Street I saw one glove sitting loosely on top of my front pannier where I'd left it after a handshake with Colin…damn, I've lost the other. Gloves, good cycling gloves are dear. Shit! Just then I saw another cyclist pedalled towards me, off his route down Great Hampton Street - holding the other glove.
"I saw you drop it"
"Thanks, mate. Thanks a lot. That's made my day. I was feeling a bit down."
"Enjoy your day"
"I will"
By mid-afternoon I was in East Anglia, catching a connection at Ely, then on to Bury St Edmunds for a seminar with councillors that lasted until mid-evening, then back on the train, arriving at New Street just before midnight.

"It was a wild place. It was an undrained place. it was a naturally forested place."
My stepfather's last Out of Town broadcast on Southern Television on 27 November 1981. I thought this was the broadcast that went out the day he died, but Ian Wegg told me Parsonage Down was not JH's last. The broadcast aired on 15 March 1994 was an episode of Southern Gold on Meridian, introduced by Jack's friend Fred Dinenage.