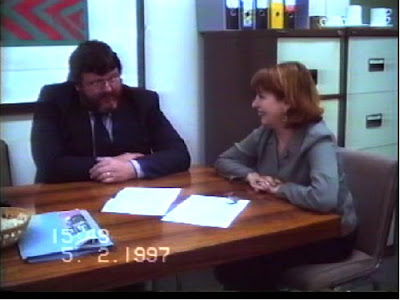 I've listened to many politicians and managers describing the nature of their working relationship. All have views on the relationship of politics and management. It is described as a bridge, a point of tension, a blend of political and administrative contributions, a trading space. What emerges most strongly is the tension between overlap and separation. If it could be covered by the codes of conduct that everywhere define member-officer relations, this might not be - but the fulcrum shifts. There's a fluid coalescence of politics and management. In the ideal relationship politician and manager know their jobs are separate - must be separate - but that they need to inhabit each other's worlds. They can be friendly but while they work together there must be no friendship.

This widely acknowledged contradiction between formally regulated separation and pragmatic overlap maintains the intensity of my interest. Weber wrote that the ‘the tension between democracy and bureaucracy creates one of the most profound sources of tension in the modern social order.’ Churchill said ‘the English never draw a line without blurring it.’

One enduring comedy and two government enquiries – Hutton and Butler - attest its consequence. Lord Hutton’s enquiry in January 2004 claimed that the scepticism of one set of managers about information presented to politicians by another set, had not reached the politicians. An important political decision – to make war - was based on the judgement of MI6, rather than the co-ordinated reservations of the Joint Intelligence Committee.

Lord Butler, reporting in July 2004, analysed a précis by a policy advisor of evidence collated by the JIC about the likelihood of WMD in Iraq. That summary - the dossier - had ‘put a strain' he said 'on the JIC in seeking to maintain their normal standards of neutral and objective assessment’. Continuing, in the passive voice to avoid direct reference to the subject, Butler added, ‘more weight was placed on the intelligence than it would bear.’ The political decision that followed was catastrophic - its future consequences unfathomable.

Any study of public sector leadership that does not recognise and endeavour to unwrap the intricate confusions and subtle tensions that arise from the overlap of political and managerial spheres of action and thought is pointing their torch in the wrong place - focusing on managerial or political leadership but not on their combined dynamic – especially the content and style of conversations in political-management space.

Despite the sense of humour that makes us laugh at 'Yes Minister' and the national disquiet that prompted those enquiries, none concludes there's ‘something rotten in the state’. No-one poured poison in anyone's ear. Briefings, précis’s, summations, even dossiers, that seek to capture large amounts of information from myriad sources and present them to politicians in a form that allows them to make informed choices are, inevitably, selective and so prone to the problem described by the enquiries.

Were the events that prompted Hutton and Butler not so grave, it is likely that the enduringly fuzzy line between politics and management would not have received such attention. Yet attention is just what is needed, if we are not to leave the study of leadership in government to historians, playwrights and novelists.

I got sent another copy of The Peloponnesian War yesterday with a note from an old bonesmen buddy in the flyleaf 'Ho Sibad. Wish I'd read ole' Ducididipops b4. Haven't got to the end yet so won't spoil it for yer!"
Posted by sibadd