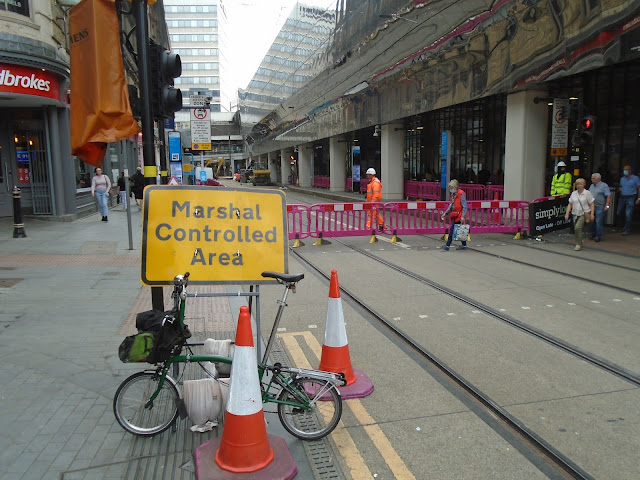 One of my regular conversations with Angel, a trim lady finely dressed, elegantly trailing a wheelie case, bringing from her church in Highgate food for the poor to the city markets below St Martin’s in the Bullring

“I see you wear no mask. Have you been vaccinated?” I know her well enough to risk curiosity. She, as versed as I, converses in words from King James Bible.

“None o’ that. Do you not know, now is the Latter Days when Christ will come in his great glory to redeem us - to judge the quick and the dead”  (“the” pronounced “thee”)

“I know that my redeemer liveth”

“Allelulia. Praise the Lord. Would you like a sandwich?”

“No thanks, Angel. I am a rich man. God bless you”

Sometime in early 2020 when governments were fumbling with policies about it, someone in the WHO pronounced that "this is perhaps the first pandemic that humans can manage”. Where humans, faced with previous epidemics, could only accept, adapt and react to such catastrophes, SARS-CoV-2 was going to be managed.

By late 2021 governments across the world appear to have accorded sovereignty to managerialism – a 20th century invention, relentlessly optimistic in offering the prospect of salvation where there might otherwise be despair and chaos. Where mere politics and the expertise of professionals falter, here is a faith that claims nothing cannot ultimately be managed – money, time, personal relations, and this pandemic. Management theory excludes ‘fate’; views doubt as irregular; sees qualms and reservations as faint motivation. Management side-steps ‘fortuna’ – the element of luck on which Machiavelli placed much weight in human affairs. The manager estimates ‘probabilities’, relies on extrapolation, simulation, graphics and models. Those with faith in management claim to operate outside politics, asserting loyalty to no ‘ism’, yet are ever theorising about values, leadership, motives, organisational behaviour, personality and governance. As with all faiths, as with politics and professionalism, those who trust in managing the pandemic can deploy secure logic, evidence and language, to demonstrate achievements and justify failures - though under pressure their language can turn florid, theatrical and, in dealing with scepticism, abrasive. Though he’s modified his opinion, our son-in-law attributed incidences of the latter – the reported persistence of the virus in the population despite restrictions, distancing, ubiquitous signage, masking, tracking and tracing, mass vaccination, and fear focused advertising, to people’s stubborn and feckless failure to comply with sensible precautions and restrictions. 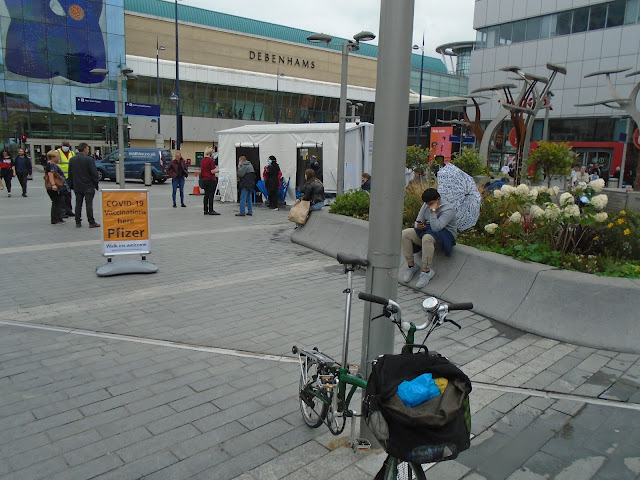 I see no light at the end of the lock-down tunnel. We are enmeshed in, indeed captured by, a system of thought, of common sense and science as widely trusted as was once the omnipresence of witches and devils, the ultimate success of the 'War on Drugs', the sky-high market value of tulip bulbs in 17th century Holland, Marxist-Leninism as a basis for fatal collectivised agriculture in the 1930s or the Tayloresque intensification of farming that made a ‘dust-bowl’ of the American southern plains those same years.

Power, profit, censorship of debate, besmirching of dissent, pervasive advertising in every medium, signage on walls, windows pavements, platforms, shops, and banners, conscientious belief among political leaders, advised by their scientists, that suppression, even elimination, of the CD-19 virus is practical - can be managed - have locked national populations, willing and unwilling, into uneven and unpredictable degrees of lock down.

Faith, ever couched in the language, but not the behaviour, of science, holds that this global catastrophe can and will  and must be managed. I say ‘language’, since unlike true science, the theories on which government’s rely in combating the pandemic is impervious to refutation - the opposite of theorising in science. Debate is censored, rebuttal - even scepticism - slandered. Possessed by this grand illusion, whose internal symmetry gives it, in some minds, the character of a conspiracy, political leaders – ever relying on the authority of science – have decreed - with rare exceptions such as Sweden and perhaps Denmark - via emergency powers, policies that become ever more difficult to enforce, the more they are characterised by capricious inconsistency; the more they breach the rule of law, due process and decency; the more they invoke covert evasion of laws no longer respected.

I was on a bus sometime in 2020 as lockdown eased. I’m wearing a face mask. I catch the eye of a man across the aisle without a mask and was perhaps perceived as slightly quizzical, even judgemental.

“It’s not worth it. Did you know this virus can penetrate 9 feet of reinforced concrete?”

“Oh! Right. So nothing can be done?” He nodded, resigned.

In recent months governments have employed door-to-door canvassers and phone pitchers. Unknown callers have drawn on medical records to ask personal questions about ‘immunity status'. Striving to suppress the elusive shape-shifting virus, they’ve mustered squads of police, masked-up but not socially distanced, lined public spaces in brigade force, deployed batons, pepper spray, rubber bullets, tear gas, and fire hoses to disperse public gatherings. Police and other services ‘with the best intentions’ have been filmed trying to separate parents from their children. Public servants have entered private houses to make arrests and impose fines after being alerted by neighbours observing alleged breaches of lock down, on the basis of anonymous denunciation encouraged by governments. One government in Australia has spoken of enforcing compliance with self-isolation using a citizen's geo-location and facial profiling, starting with aggregated measures of population movement, but refining the process to specific addresses. There’s domestic and civil strife, amplified by the social web, between the fearful and the furious; true believers and true unbelievers. I have noticed men wandering in central Birmingham with hi-vis tabards bearing the title ‘Covid Marshall’. Job descriptions during their recruitment focused on their role as ‘helpers’ and ‘guides’.

One of the harms of ‘house arrest’ has been to miss out on the constant self-correction of any inclination to think that I understand the world.  Deprived of regular and frequent direct conversation with friends and strangers I find my objectivity compromised. Quarantines have perhaps promoted over-confident subjectivity. My ‘normal condition of open-minded curiosity, puzzlement, doubt and confusion, has been sustained by interaction - in the street, the markets of my city, other countries, between neighbours over garden fences, many pubs, on country lanes, river banks and beaches. Linda and I seem to have robust immunity to Covid-19. It’s called T-Cell immunity.  We know no-one - relatives, friends, neighbours - who’ve died or been more than mildly ill over the last 18 months. Anecdotes about others – second hand from the media - for whom this fortunate circumstance is not the case, are a reminder to welcome our particular fortune and to strive to make the best of these bizarre and dismal times. Regular phone calls, and on-line screen meetings with family - including grandchildren, our son in Istanbul, colleagues and friends in many other parts of the world and now an on-line teaching project with fast track civil servants, do not replace insights afforded by the intimacies and intimations of face-to-face conversation.

I remedy my vexation by revisiting the history of eras whose butchers’ bills by way of war, oppression and disease maintain my sense of proportion. 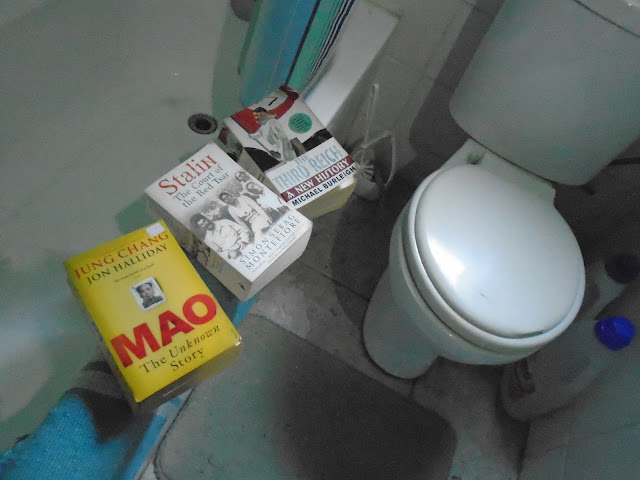 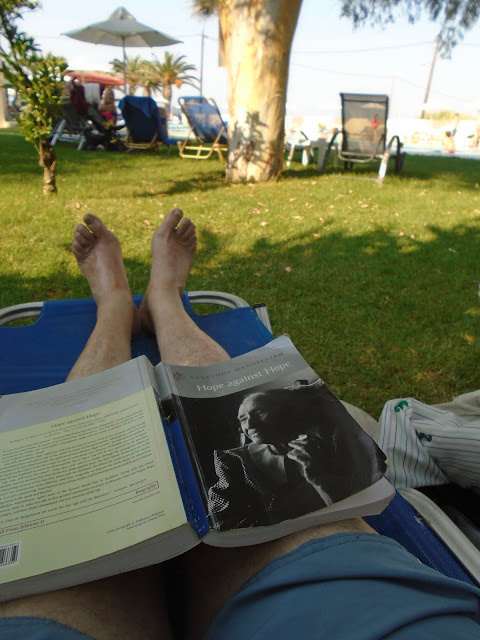 “I had the covid, you know”

“On the third day I was feeling so bad I called the ambulance. There’s two Asian blokes and a white lady. She come to the door and whispers 'We can take you to the hospital but I don’t think it’s a good idea.' She’s shaking her head, like very quiet, mouthing ‘not a good idea’. I stay in my house. After two more days I am still feeling bad I call the ambulance again. This time the driver waves to me. ‘We are here. We can take you. Do you really want to go?’ He’s shaking his head. Discouraging me. OK so I go back to bed, taking honey and ginger and feeling real bad. Two days later I’m not getting any better, I phone again for the ambulance. This time I’m lying behind my front door. They ring my bell. Behind the door I am on my knees. I get it open. The lady nurse cry out ‘Close your door! Now! We’ll come back in 10 minutes’ I wait. Then I hear them knock. I open the door. They all kitted up, like three spacemen I tell you, white boots, plastic trousers, jackets and faces all covered in plastic screens. ‘Now we take you to the hospital’ I said ‘F*ck off’’”

Just before we left for Corfu I took our new puppy, Pip, in the pannier of my bicycle to visit a friend in quarantine. We spoke through the glass of her front window. 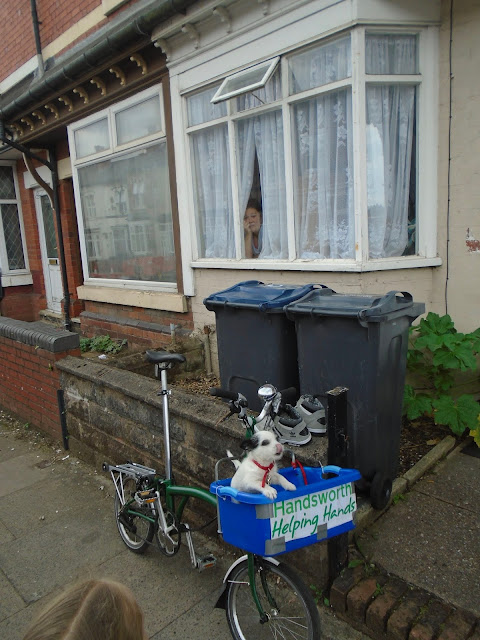 “I’m getting phone calls every day. They deliver steroids. Test kits I have to push back through my letter box. I’ve tested positive three times. Feels like a bad flu. They say it’s Delta. I’ve got to quarantine for 90 days!”

“But you’re allowed out to shop for food or harvest food from your allotment” I emailed her the legal clauses that would let her out of the house.

We’ve stayed in touch by the social web.

A friend in academia emails: … you appear to have been listening to the bbc too much.  I "risk curiosity" on just about everyone (except those sad souls one instantly perceives the need to keep clear of). I've already explained in previous emails how the level of distrust has never been higher.  Many of even those wearing masks in the open are just doing so to avoid being accused of being "selfish" "granny-killers".  Most sci/medical people don't believe the lies but they are scared to speak out as they will lose their jobs.  HUGE marches in London and around the world. The Chris Whitty regime are pushing their luck on how much they can take the pisc.  Even Neil Fergustwat is now "predicting" things will have ended by Sept.  People should just display my cut-open masks saying "PSEUDO - SCIENCE" to provoke responses.  One Korean guy in Nyu St even embraced me haha. Very simple.  If there were loads of deaths, urban house prices would have collapsed with capital C.  Instead they have Soared with capital S