So Brin Croft is up for sale


On Monday 22 July my mum's house, which Lin and I are clearing next week, will be officially for sale. Once Brin Croft is gone I'll probably not go to the Highlands again.

**** ****
Amy came round with Oliver on her way to work. We're babysitting while she's on duty.
"It'll be the hottest day of the year so far"
"Maybe we'll go to the park"

I've just finished clearing yet more ivy intertwined with a climbing rose and honeysuckle and replaced the collapsed and rotting frame that supported this exuberant mingling of shrubs, using a few plastic ties to guide the disentangled branches. 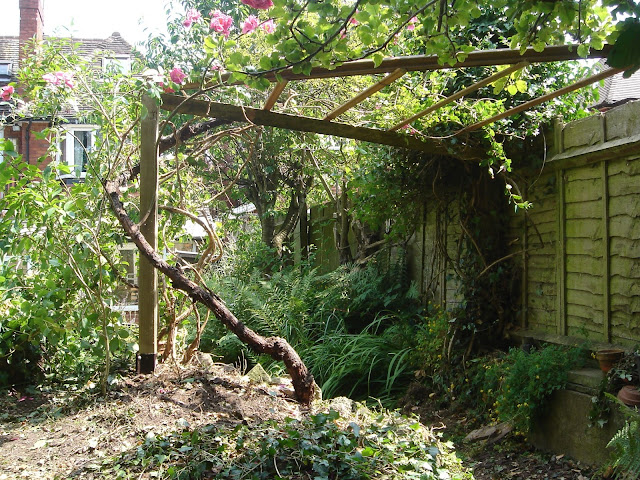