Home to England - with a fat marrow 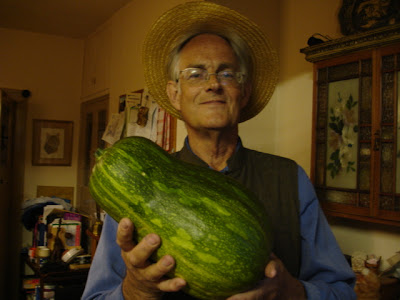 Just before we left 208 Democracy Street, Lin silicone sealed the gutter above the balcony. Martin has realigned the drain on the west side. I've wheeled the plaka from that side so that at last that side of the house has recovered its neat curtilage against the path to the lower road. Lin has finished and planted up a rockery at the end of the garden. All we can hope now is that David and Miguel will be able to set about getting the roof right at last before we return. On leaving Katherina agreed, in return for a gift she pressed on us of sweet dried herbs and a carved camel, to ensure that the food in our fridge was not wasted. Cala taxidi, cala taxidi, blown kisses and waves. Same from the Leftheris as they worked on their wine making. 'It will be ready to drink when you return'. The lemons and oranges cluster green on our trees but, with our neighbour's blessing, we've brought back a fat deep green gourd bellied marrow from the plant that overlapped our garden.

Flying got us from Greece to England, across the Adriatic, the Alps and the English Channel, in a viewless void, but for a glimpse through a tiny window of clouds and, for a while, some dark anonymous peaks. We left in the afternoon and arrived later in the afternoon and lugging our belongings - lighter than on the outward journey - among commuters in suits, squabbled on the platform of Reading Station about flying versus trains and ferries as preferred ways of travelling. Read a copy of the Independent with grim images of the the north pole's diminishing ice. The news of the days - UK versions - is scarfing back into my consciousness and in the kitchen there was again the television, which for a month has been no more than peripheral in bars on Corfu, incomprehensible, easily ignored. News came by e-mail of friends whose house near London was destroyed, with all their belongings and childhood mementos, some weeks ago by a lightning strike which would, had they not been on holiday in America (where they were traced and recalled by the local police), have probably killed them.
This morning I waded in the chill water as yet undrained from the edge of our dew and rain damp garden and filled bird feeders. Last night we went through our mail - mostly junk. All work related things and household bills were handled over the web while we were in Corfu. It was a pleasure to see Oscar again and find the house less chaotic than expected.
Off on my bicycle to Priorsfield at the University, in a moment, to tutor a post-graduate teaching programme on Oversight and Scrutiny that has attracted a good complement of participants. Lin sleeps in our room with the alarm set for 10.00am and Richard, who we heard moving around in the night, lies asleep in the front room, with a watery sun shining on his head on the pillow. 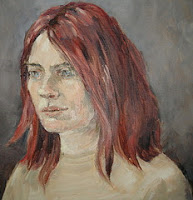 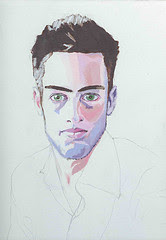