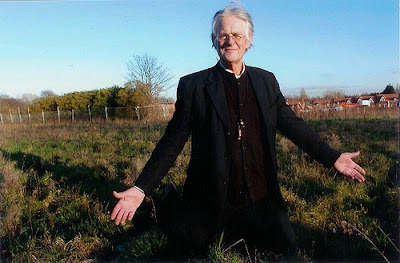 My 'look what I've done' picture. It's 0422 and I'm going to bed. It's getting light and I've finished the 2nd draft and printed it out and been given two day's grace to read it over and have it checked by Lesley and Andrew. It's messy and uneven and has taken far too long but I think it'll be worth it - especially if I pursue Lesley's idea of streaming the film extracts I use as my evidence on the re-developing Inlogov website.

* * *
Another interesting book looms on the horizon. I am notified by the excellent Kalamos Books Service. I'm already engrossed in Koliopoulos' and Veremis' book Greece: The Modern Sequel - having reviewed it on the USA Amazon website - and now Veremis is dipping his feet into an area my dad taught me was a good way to spoil a conversation. Actually he muttered to me many decades ago on my first visit to Greece in 1957 - when I set out for Ithaka (a few more summer mornings to go) - that the coffee he was offering in a little cup - in the Greek style - looked and tasted the same in Turkey but there they called it by another name. "Never call it that here!":

Greeks and Turks in War and Peace is a new book by Thanos Veremis, professor of political history at the University of Athens, published by Athens News.

The volume - intended for the non-expert in the history of Greece and Turkey and their relationship - narrates an intricate story of five centuries, from the fall of Constantinople in 1453 to the present day from a balanced perspective. As the publisher John Psaropoulos notes thoughtfully in his preface “one thing this intertwined story of five centuries teaches us is that neighbours with as long a shared history as that of the Greeks and Turks are never free of the baggage of their relationship. In this sense, learning their interwoven histories is more accurate than reading a history of each nation separately. Translation by Mark Dragoumis.

I felt almost personally complimented by George Souflias' remark about how 'we' in England are handling the floods. Picked this up from my excellent Athens News Agency digest:

Environment, town planning and public works minister George Souflias on Friday called for self-restraint by all sides over the issue of the wildfires, during an inspection of the restoration works on the burnt slopes of Mt. Parnitha, "... Right now, we must all rally together to tackle this unprecedented event," the minister said, adding that this was demanded by realism and the present circumstances. He cited the recent floods in England, adding "but there, the necessary calm exists". He conceded that there were some arrhythmias, but added that this year's fire situation was "unprecedented"... [I guess arrhythmias which we use only as a medical term doesn't really translate but I guess I know what he means]